Lynn Garafola, dance history pioneer and icon, to retire after 16 years at Barnard

Lynn Garafola, dance history pioneer and icon, to retire after 16 years at Barnard 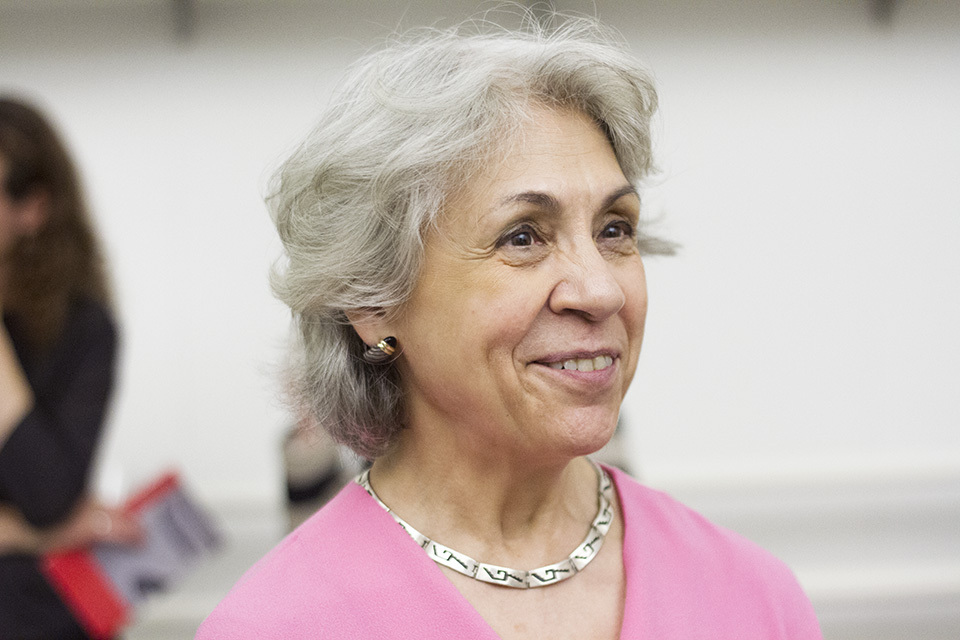 Lynn Garafola will retire after 16 years in the Barnard dance department.

World-renowned dance scholar, professor, and former co-chair of the Barnard dance department Lynn Garafola, BC '68, is retiring after 16 years at the college.

During that time, she furthered her scholarship in dance history, designed and taught a variety of dance history classes, and mentored countless undergraduate and graduate students in their own dance scholarship pursuits.

Garafola is an elected member of the American Academy of Arts and Sciences and recipient of the 2016 Dance Magazine Award. She has published eight books featuring an unprecedented fusion of historical contextualization and dance documentation. Her first book, "Diaghilev's Ballets Russes" about Sergei Diaghilev's prominent 20th-century dance company, has been cited in over 300 publications and helped solidify her reputation as a leading scholar. She has received fellowships from the National Endowment for the Humanities and the Guggenheim Foundation, among many others, and has curated multiple museum exhibitions.

At an event hosted by the dance department last Monday, students and leaders in the dance community came together to honor Garafola as an academic and friend.

Elizabeth Kendall, an author and associate professor of literary studies at Eugene Lang College of The New School, said that Garafola's groundbreaking scholarship changed the field from being an "over-glamorized, under-analyzed, and literally voiceless art" to one in which choreography is considered with a historical lens.

"It's hard to imagine how little dance history there was back then. There were almost no books," Kendall said. "[Garafola's Diaghilev's Ballets Russes] set down a methodology for a field that didn't yet exist. It devised a way to address an art that disappears even as it's being created."

But more impressive than Garafola's scholarship is the impact she has had on many of her students since coming to Barnard as a part-time lecturer in 2000.

Barnard Provost Linda Bell said that at least six students referred to Garafola as "the smartest person in the world" in their course evaluations.

While her students certainly recognized her academic prowess, they also greatly respected her generosity and genuine interest in her students.

"Every week, Lynn let me sit in her office for hours asking questions about and absorbing so much of her knowledge of dance history," former student Laura Quinton, BC '13, said. "If someone had told me in my first year at Barnard that I would end up in a Ph.D. program pursuing a career as a dance historian and professor, I would not have believed them."

"It would not be an overstatement to say that Lynn has been one of the most influential people in my life," Quinton added.

The event on Monday closed with Garafola's own remarks. She emphasized her gratitude for her students' curiosity and reflected on how her career has spanned writing, editing, criticism, and curation.

"I can't begin to tell you how deeply moved I am by this," Garafola said. "I've been close to tears several times this evening and I am so profoundly grateful."

Though she called it a goodbye that she would "never forget," Garafola promised the adoring audience of colleagues, mentees, friends, and family members that she wouldn't be far from campus.