Enchantment from Aleppo: Students Organize for Syria’s "Night of Music from Aleppo" draws an audience of over 500

Enchantment from Aleppo: Students Organize for Syria’s "Night of Music from Aleppo" draws an audience of over 500 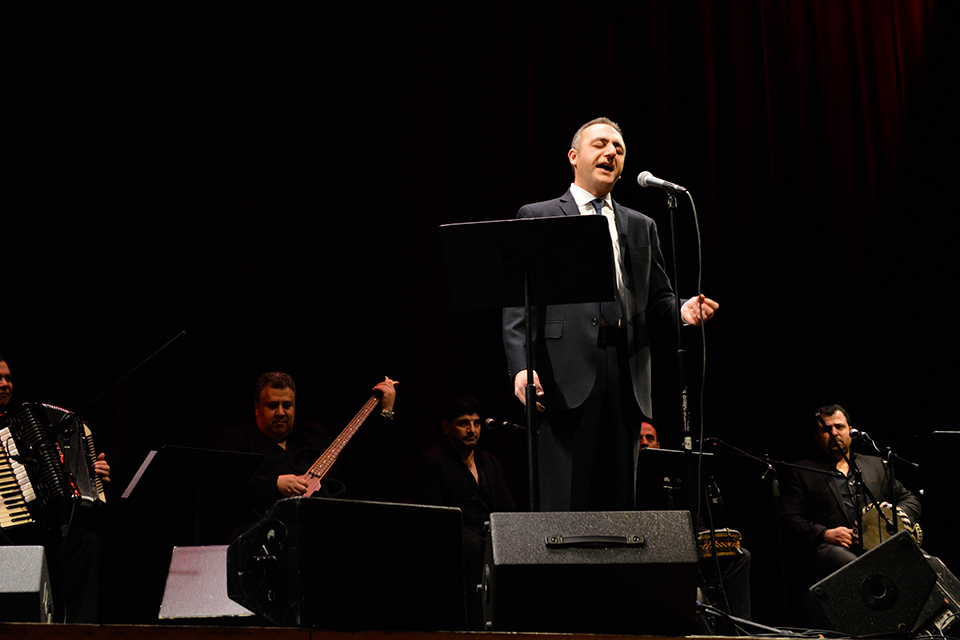 Saphe Shamoun, GS ’17, took to the stage in front of a sold-out Roone Arledge Auditorium on Monday night, beaming at the cheers and waving hands that rose from the seats.

He handed the mic to his brother, renowned Syrian vocalist Yousef Shamoun, after a brief introduction. As the lights went down and the musicians upstage raised their instruments—the red backlight glinting on Fordham professor Dr. Mohamed A. Alsiadi’s glossy oud—Yousef’s voice expanded and oscillated, climbing a melismatic scale and guiding the musicians through the first crescendo.

Over 550 listeners—among them many Columbia students, but also hundreds of community members—gathered to enjoy a program of traditional Arabic songs, particularly from Aleppine composers, organized by Columbia’s Students Organize for Syria chapter. Yousef’s name is well-known in the world of classical Arabic music, as is the NYC-based Tarab Ensemble that accompanied him.

Saphe Shamoun, a member of SOS, said in an interview that members of the Syrian-American and wider Arab-American communities of the New York metropolitan area had come from as far as New Jersey just for the event. “The name of the band, the name of the singer, this had people coming even from Jersey, even though it was a workday after 7 p.m.,” he said of the turnout, which surpassed seating capacity in the auditorium and made this concert one of SOS’s largest events ever. 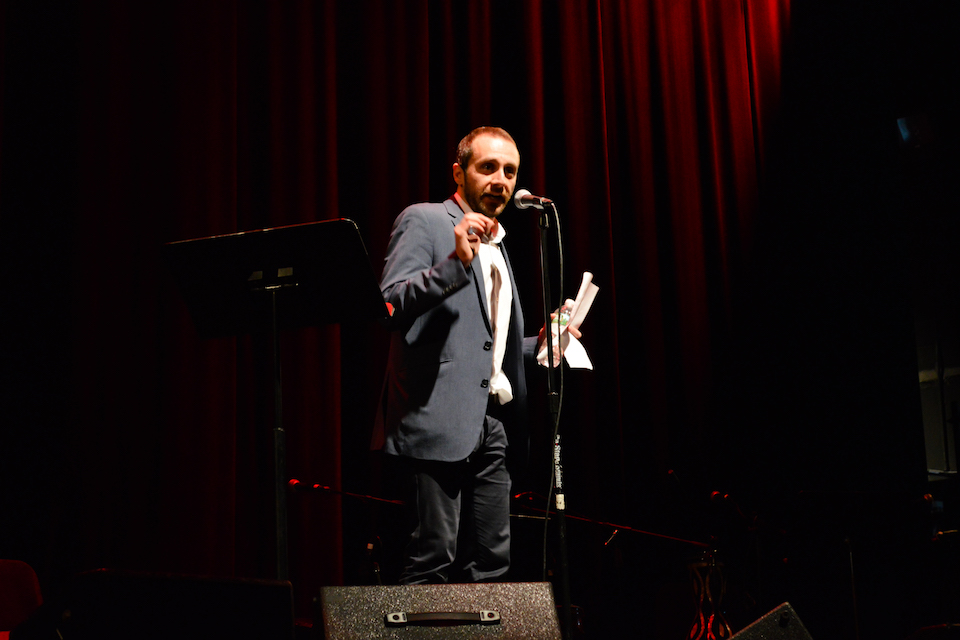 In his opening speech, Shamoun assured the audience that he was not exaggerating when he described the music that was about to fill the room as “enchanting”—indeed, the name of the band, “Tarab,” is the Arabic word for a state of entrancement that comes from listening to virtuosic music. “I’m not being romantic,” he laughed, to the applause and amusement of the audience.

Shamoun, who is majoring in psychology and Middle Eastern studies, highlighted the nature of the concert as a community event. SOS aimed to bring together members of the local Syrian-American community, which Shamoun lamented sometimes feels “scattered” in New York City, but also all other local residents and students interested in hearing the music of a country whose rich culture is often all but neglected in current events coverage.

“I think there was a need for Syrians themselves—this urge—they wanted to hear their music. They wanted to come and dance,” he said.

And dance they did. As Yousef Shamoun and the Tarab Ensemble moved through their set list, the folding chairs lined up on the auditorium floor began to empty as audience members gathered in the aisles and below the stage to move along with the music. A young girl waved handkerchiefs to the beat, perched above the crowd on an older boy’s shoulders. All around her, couples and groups clapped, twirled, and swung their arms; some were old enough to be her grandparents, others her schoolmates.

At a moment in U.S. politics where Syrian-Americans, alongside numerous other multinational communities, have been targeted by hostile political rhetoric, the concert served as a much-needed celebration of Syrian history.

“A lot of the songs were based on Aleppo, about returning to Aleppo, the roads of Aleppo; they are kind of like very famous melancholic songs about the city of Aleppo,” Shamoun explained. “He [Yousef] did sing them in a very emotional, moving way to the audience, to the extent that I was about to tear up myself.”

The range of emotions only expanded as the night went on. “He made us cry and dance at the same time,” Shamoun said of his brother’s performance. Yousef and the other performers invited the audience members to participate at every stage, and the sense of communal catharsis was overpowering as bodies moved in unison and the music grew continually faster and louder.

While SOS is an essentially political organization, the event was only implicitly political; it was intended to be a cultural celebration rather than an explicit statement. But the urgency of celebrating Syrian culture, and reminding members of the Columbia and New York communities to look beyond the often dehumanizing portrayals of Syria and its people in American news media and political discourse, was a clear driver behind the event.

“It’s really important, at this crucial time in the U.S., not just for us to have a voice as a narrative; we need to give a voice to people,” Shamoun said of the local Syrian-American community, and particularly of those members involved in organizing and participating in Monday’s event. “We have a very high, strong voice in the U.S., and I think that the concert yesterday proved that.”