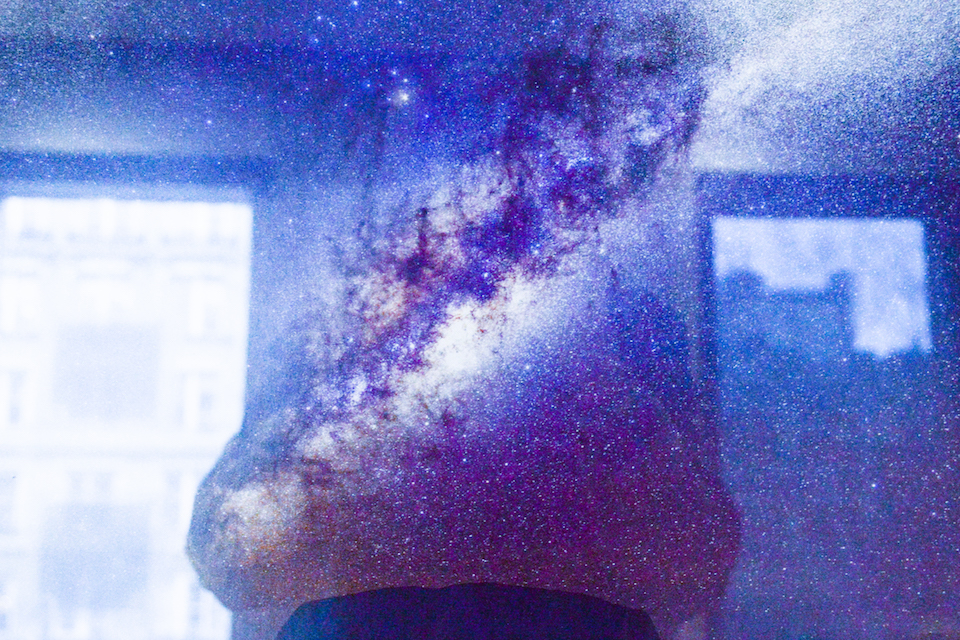 Astrophotography by Keming Zhang, CC '19, which was among the works on display in Lerner.

The gray stone walls of Lerner Hall’s Broadway Room are not always lined with astrophotography and meter-wide scientific reports on the properties of dark matter. But at last Friday evening’s “CU in Space” exhibition, these reports contributed to an otherworldly ambiance as a student performer read space-themed slam poetry to the crowd admiring the display.

The art and science exposition was the first collaboration between Columbia Space Initiative and BlueShift, a group of undergraduates from Columbia and Barnard studying astronomy. The event, meant to generate continued interest for space programs at Columbia, highlighted the creative projects of students involved with or interested in space-related programs at the University.

CU in Space featured two exhibits: “Arts and Astro,” which presented an innovative combination of astrophysics research and astronomy-related art projects from a number of students, and “Spaceposium,” which displayed primarily aeronautics and astrophysics technical space projects, as well as hardware-like sandstone drills and sealable compartments used for extracting meteorite samples.

Each of the evening’s exhibits was an aggregation of student work from similar fields, but the program also included live performances of classical duets, astronomy-themed jazz improvisation, a student author’s examination of motif in her own science fiction novel, and live poetry readings.

Shreyas Vissapragada, CC ’17, a contributor and organizer for “Arts and Astro,” said that astrophysics reports and the arts are similar because they both communicate information to an engaged viewer.

Ultimately, mixed media posters of Vladimir Putin dancing in space, musical duets between guitars and flutes, and the direct imaging of exoplanets are all, despite belonging to different fields, means of communication. The multidisciplinary nature of the exhibit also meant that viewers had a range of perspectives from which to craft their experience—they could choose to examine the exhibit as an objective scientific observer, an art critic, or something in between.

“There’s a lot of opportunity for collaboration that has been as of yet untapped, I think, in the student body,” Vissapragada said. “I hope this helps start some of those collaborations.”