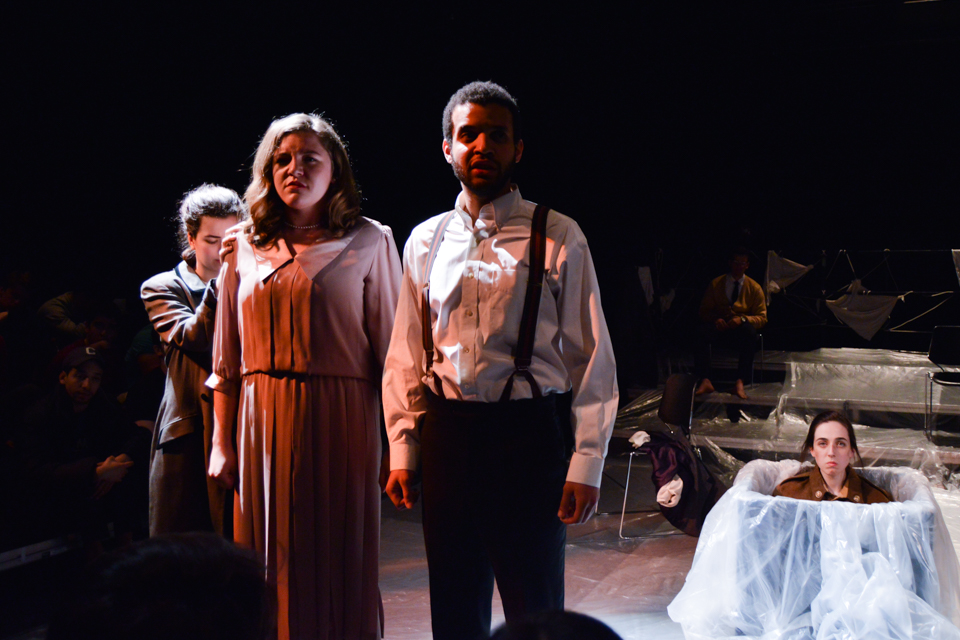 Everyone who has gone through the nerve-wracking, yet exhilarating act of auditioning for a show knows it to be a memorable experience, but few know that at Columbia there is a similarly distressing process for directors.

Each theater group on campus must go through the painstaking procedure of casting its respective shows, but the groups do not do it independently: Each year, the director and producer for every group that held auditions at the beginning of the semester get together and collectively cast all their shows.

Because many student actors at Columbia and Barnard audition for multiple shows to increase their chances of being cast, Actor Share is the process by which all theater shows are cast simultaneously to avoid the overlap of one actor being asked to play different roles.

“Auditions and interviews are stressful for actors, but Actor Share is stressful for directors and teams,” King’s Crown Shakespeare Troupe director Sylvia Korman, BC ’18, said. Each semester, Actor Share is run by the Columbia University Performing Arts League. All theater groups that hold auditions during the first week of classes are required to participate.

As someone who’s been on both the audition stage and in the director’s box many times, Xander Browne, CC ’19, spoke of having an overall positive experience with the Actor Share process. “Seeing Actor Share after going through the audition process is eye-opening,” said Browne, “because there’s so much more that goes into the casting process than most people realize.”

Although this event is in place primarily to prevent conflicts with casting, since many actors will audition for multiple shows in one week, there are still occasions when multiple directors want the same person for their separate productions. When this happens, a member of CUPAL will contact the actor in question and offer them both roles. The actor then has five minutes to decide, because the rest of the selection process cannot proceed until that role has been filled. No producer or director of any show is allowed to leave the room until every show is cast.

Korman and Tina Simpson, BC ’19, producer for KCST’s upcoming production of “Measure for Measure,” grinned knowingly at each other as they speculated about how long the ordeal might take.

“We go in with a blank space in our heads, and we love to fill it with everyone who comes in,” Korman said, referring to the mentality of directors going into auditions. The contention often associated with the casting process is more as a result of, as Korman puts it, the fact that “actors go in already thinking, ‘I want this role.’”

Actor Share is unique among Ivy League schools, though Harvard has a similar cooperative process known as Common Casting.

“It is a huge community, but always feels smaller when you get to see people in all groups working together and being friends,” said CUPAL president Alana Koenig, BC ’18. She did voice complaints, however, about how the harmonious process is complicated due to University Event Management and the registrar making it impossible for student groups to book spaces for auditions until far after NSOP.

Browne’s primary complaints about auditioning were not Columbia-specific, however. Many directors already have an idea of what they want the actor playing a particular role to look like before casting even begins, said Browne. “There are biases you don’t even realize you have until you take a step back and really consider them.”

This departure from inclusivity is something that cooperative processes like Actor Share try to limit. Actor Share in itself forces directors to consider many possibilities for each role they cast, and participants with a range of roles in the Columbia theater community evidently think very highly of it.

Speaking to those intimidated by any aspect of the auditioning process, Browne said, “The thing you have to remember is that everyone in the audition room is rooting for you every single time.”