Behind the scenes with Columbia’s costume designers

Behind the scenes with Columbia’s costume designers 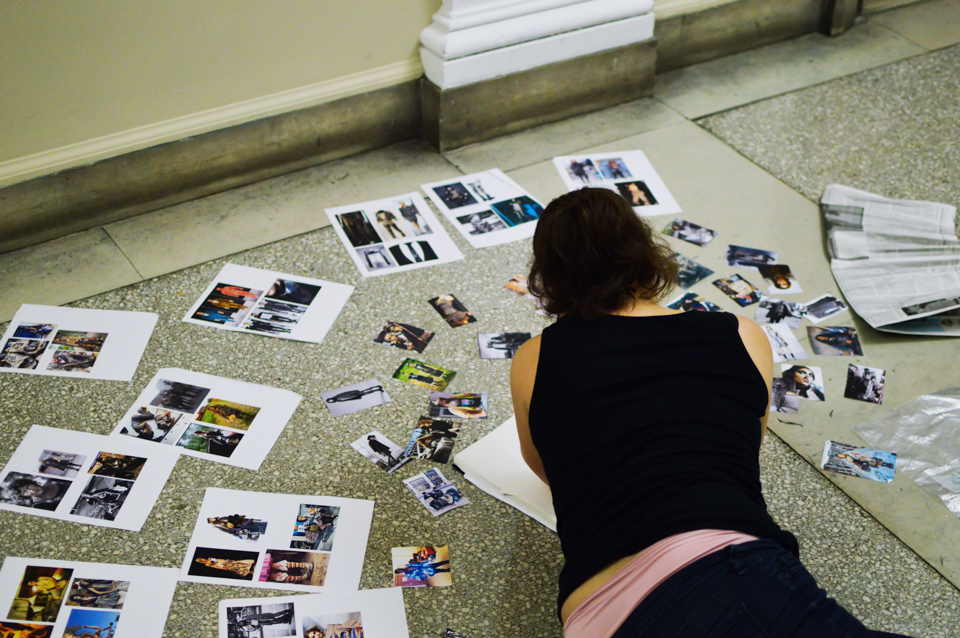 Ilana Lupkin, BC '20, takes inspiration from late-90s, heavily distressed fashion for the costumes for CMTS' production of "Urinetown."

Costume designers at Columbia have a much more complex job than making sure actors don’t perform on stage naked.

In order to create cohesive designs for the play, they analyze the script, meet with the director and other members of the design team to help fulfill their vision, do research, acquire or create the pieces they need, and perform fittings on actors.

“When you’re doing costume design, you’re literally creating the first impression of the character for the audience, which is really exciting,” Ilana Lupkin, BC ’20, said. She is head designer for the Columbia Musical Theatre Society’s production of “Urinetown” this semester.

Each designer brings a unique approach to the rough outline of tasks that they perform. While Lupkin views sketching as an important part of her process, David Treatman, GS/JTS ’20, designer of the Pale Blue’s space western musical comedy “Written in the Stars,” takes a different approach.

“For me, it’s a lot more cerebral. I make a complete image of the show in my head of what everyone’s going to look like,” Treatman said. “A lot of people do sketches and brief it. … My process has always been [to] describe in a conversation my ideas with whoever’s in charge of the show.” 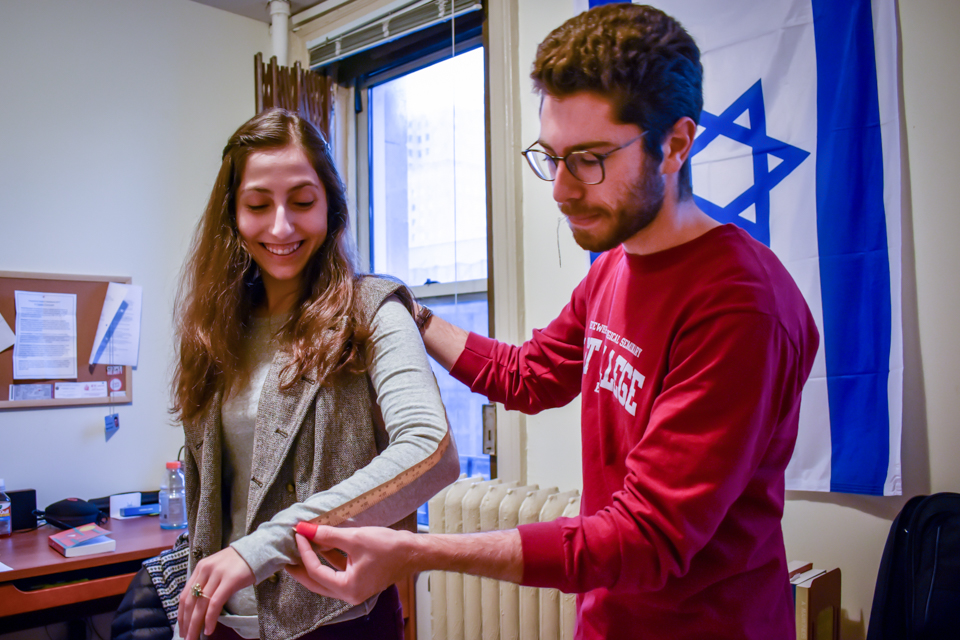 In his first semester, Treatman was involved in five on-campus productions, most notably as costume designer for last year’s CMTS production of “First Date.” Conversely, this is Breana Beaudreault’s, BC ’19, first time doing costumes for a Columbia production. She was asked by her good friend Asya Sagnak, BC ’19, the director of King’s Crown Shakespeare Troupe’s upcoming performance of “Medea,” to join after Sagnak observed her unique sense of fashion and penchant for style.Beaudreault has starred in two KCST productions before, but was intrigued by the idea of working behind the scenes.

“I’ve never, even in my young acting career, done anything on the production side, so that was really appealing to me, having seen it but never been a part of it,” Beaudreault said.

With a supportive team, she fit into the role naturally. To fulfill the director’s anachronistic vision for “Medea,” she drew primarily from what the actors already owned in closet visits, when costume designers visit each of the actors’ personal wardrobes. In addition to helping designers find pieces to use in the production, the closet visits give designers a chance to strike up a conversation with actors and get to know them further.

After the designers raid the actors’ closets, they augment their designs to further distinguish the actors from the characters they are playing.

Costume designers then look for the remaining pieces online, in shops, or, in thrift stores. For Beaudreault, finishing the costuming for “Medea” meant searching for specific pieces, such as an apron or a hat, on Amazon.

Lupkin and Treatman’s visions were less contemporary and more specific. This required “being able to think of creative solutions to your ideas and creative ways of coming about your ideas,” according to Lupkin.

“Urinetown” is Lupkin’s seventh show working in costume design in some capacity during her three semesters at Columbia. She is planning to pursue costume design professionally in the future.

“When it comes to shows,” she said, “I will try to design the ideal version [of a costume], then try to match it as closely as I can.” 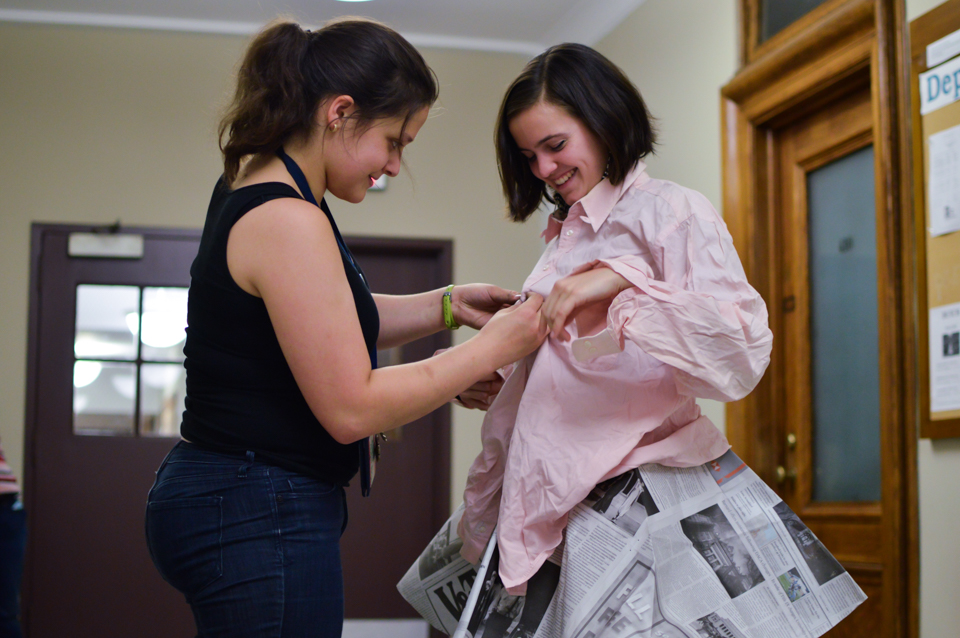 For “Urinetown,” Lupkin is working to create late-’90s, heavily distressed looks for her actors. She finds most of her pieces at thrift stores and uses tools like a cheese grater to give the costumes a worn, “falling apart” look.

On the other hand, for “Written in the Stars,” Treatman, who acts as writer, director, producer, and costume designer, had room for exploration. His wacky, fantastical musical comedy features cowboys, robots, and aliens—all characters that Treatman said needed “ridiculous” and “hard-to-find” pieces. For example, for a costume to outfit a robot character, he acquired a silver jacket from Goodwill, silver jeans from a “Buy Sell Trade” Facebook group, accenting the look with a silver spray-painted cowboy hat.

But sometimes a production requires a piece to be created from scratch. Both Treatman and Lupkin learned to sew at young ages and can create and alter pieces when desired, though they still often opt for pre-constructed pieces.

However, neither sewing ability nor previous experience is required to design costumes at Columbia. Beaudreault was nervous about stepping into the role at first, but received a lot of support.

“I have a great team behind me and that really pushed me to do it,” Beaudreault said, “even though it’s definitely not something that I had [done] before or was positive that I was going to be comfortable doing—but I definitely feel that I am now.”

Treatman advises other newcomers to jump into the role.

“I think people might feel self-conscious that they’re not going to get picked, or they might get nervous if a show is a period piece or the director has some weird concept, but it’s a great way to meet people, and it’s a fun thing to do with your time,” Treatman said. “Just do it!”