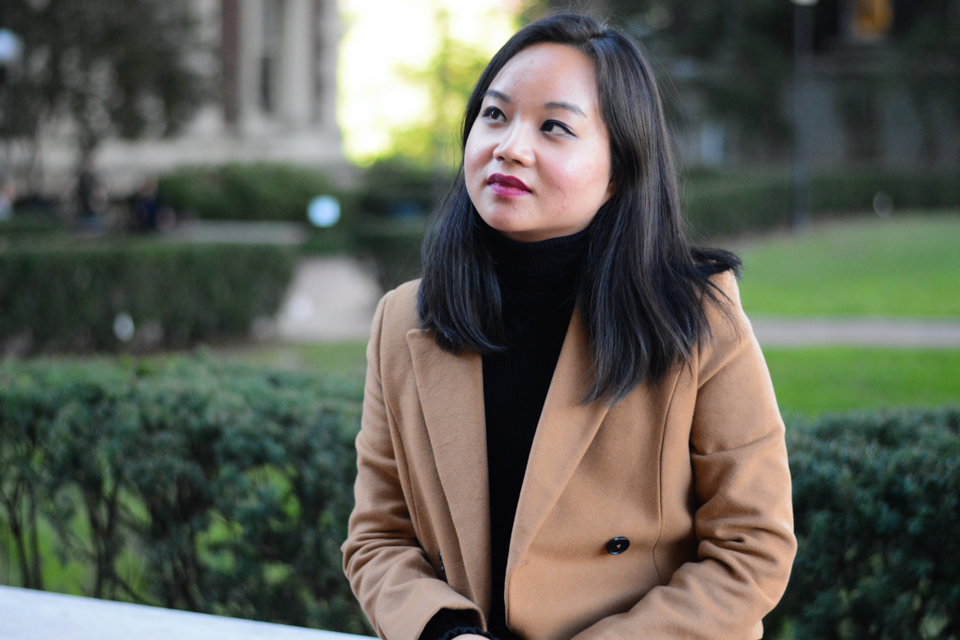 Cindy Liu, CC '18, will embark on the first leg of her international tour on Monday with a concert in Toronto.

For Cindy Liu, CC ’18, playing the piano is about more than just the music. It’s an opportunity to push back against the marginalization of women in classical music.

For the internationally known musician, piano is an integral part of her identity. She has been playing since she was six and will embark on a global tour, sponsored by Columbia’s music department, on Monday. Her first performance will be a recital in Toronto, at a fashionable atelier, followed by a return to Columbia and then a trip to Paris’ Reid Hall, one of Columbia’s global centers, in early November.

“I’m equal parts nervous and excited,” Liu said. “[I’m] mostly just unable to process that I get to partake in such an opportunity.”

After high school, Liu decided not to audition for any music conservatories because she saw Columbia as a place where she could pursue an intellectual career rather than a musical one.

“When I got to Columbia, I was never sure if I would ever play piano,” Liu said. “Music is not intellectual enough for me; I need literature, I need other things, I need to talk about very deep and painful issues.”

Through this agency, Liu hopes to offer opportunities for musicians who feel marginalized in the classical music industry. She said that creating a less intimidating transition into classical music would encourage more women to become professional musicians.

“It starts with the gatekeepers, the presenters, the publicists, the festivals,” Liu said. “How are these people choosing or not choosing how to represent marginalized groups in classical music?”

Liu said that going to listen to Martha Argerich, a famous Argentinian pianist, in performance helped inspire her to pursue this issue. Argerich herself is a beacon of inspiration for many female classical musicians and for Liu, she is a personal idol and embodies the challenge against the marginalization of women in classical music culture.

“I am seeing my idol that I have had for 10 years now appear in front of me on stage,” Liu reminisced. “Hearing her play music—you will never forget that experience, it reminds you of the power of it and how it brings people together, what it can say.”

When asked if she had any tips for aspiring future musicians, Liu said, “You need to listen to yourself. You need to be brave. Columbia is not a school that will hold your hand. You need to find those opportunities for yourself.”