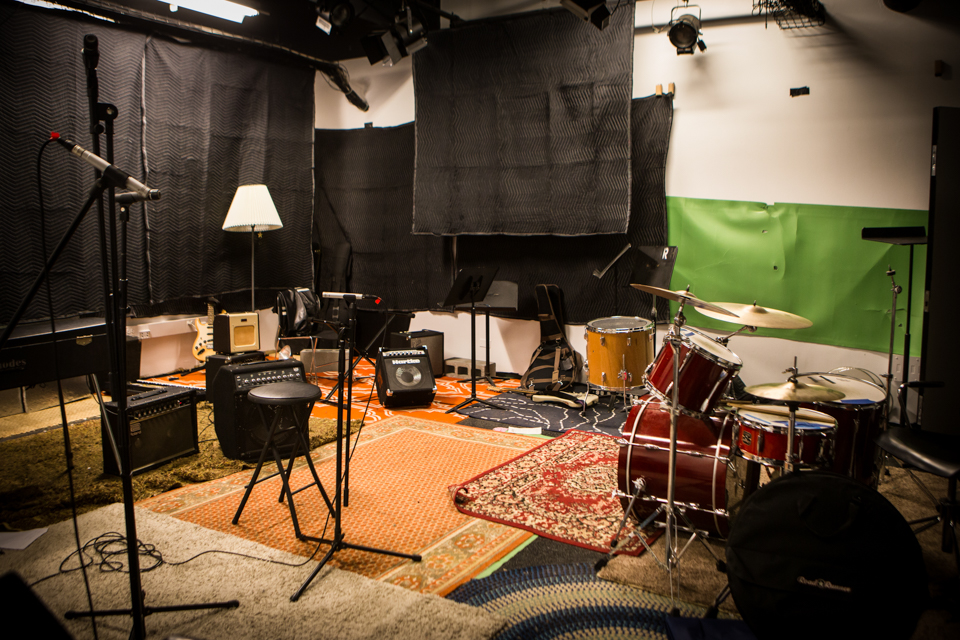 On the fifth floor of Lerner Hall, slightly past the Center for Undergraduate Student Life, there’s a door bearing the sign, “CU Records.”

Behind it lies one room filled with chairs, a couch, and a few bits of audio equipment either lying around or stuffed in tucked away lockers. Past these, though, there’s another room—the one meant for recording.

Fender, Vox, and Blackstar amps litter the floor; a drum kit, guitar, and a Rhodes stage piano sit ready for use; a table pressed against the room’s soundproofed walls hosts an audio interface for artists and bands to record with.

This January, CU Records opened as a student-run music studio for artists across Columbia and Barnard to play and record their music.

“CU Records is the only student group with a space like this, that’s ours,” Lena Nelson, BC ’20, current president of CU Records, said.

Other student groups rent out or borrow spaces from either Columbia College or the buildings nearby. CU Records, however, after being gifted its space in Lerner from the defunct CCTV (Columbia College TV), became one of the only Columbia student organizations to have independently owned property. And though Columbia has a few recording studios operated by the music department, those studios are typically reserved for music majors or those in music recording programs.

“There really isn’t anything for other [non music major] students to record with,” Nelson said. “But the club’s founders really wanted it to happen, so they found this unused space that belonged to CCTV.”

Since opening its doors, CU Records has helped artists—one of whom has gone on to be signed by Like Young Records—record tracks in a variety of genres, from rap to jazz to classic pedal steel guitar country. On account of its recent creation, though, the club typically finds alternatives to school funding for getting the equipment it needs.

To bypass this obstacle, Nelson said, “CU Records functions cooperatively, mostly through the generosity of other people and from people lending their stuff to the studio for the amount of time they’re a student here.”

For example, the club’s Fender Rhodes Mark I Stage 73 piano, an instrument that typically costs upward of $1,000, came as a donation from Paul Hond, a former musician and associate editor for the Columbia Alumni Magazine.

In the coming year, CU Records hopes to expand its campus presence, forming a Bandcamp label to release compilations of the music recorded in its studio and provide artists with more publicity.

For now, though, CU Records has started a Kickstarter campaign to fund improvements to its equipment and recording space, with hopes of creating a better sound and experience for the musicians it works with.