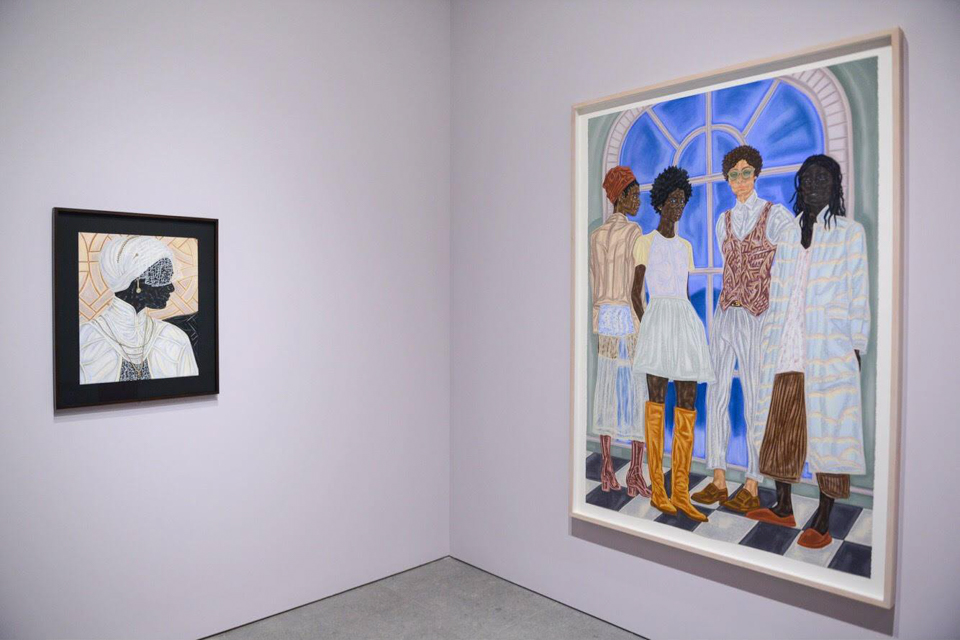 This year's Orzeck Artist-in-Residence, Toyin Ojih Odutola, presents a new vision of African-American history in her exhibit at the Whitney.

In her exhibit, “To Wander Determined,” Odutola challenges traditional artistic depictions of the forced resettlement of Africans, including American slaves..The exhibit depicts the experiences of two fictional Nigerian aristocratic families, whom she describes as “adventurous explorers.”

Ojih Odutola is the second Orzeck Artist-in-Residence. Holding this title for one academic year, Ojih Odutola will participate in various events related to both academics and art on campus, such as on Jan. 31, where she will discuss art and equity withMary Sibande and Columbia art history professor Kellie Jones. Her residency began on Oct. 20, which was also the day her exhibition opened—a deliberate choice made by Barnard.

“We are particularly excited that her residency will begin just as her exhibit at the Whitney opens, as this will give students a unique opportunity to take advantage of Barnard’s location in New York City to view Toyin’s work up close and interact with a rising star in the art world,” Barnard President Sian Beilock said in a statement.

“To Wander Determined” includes mostly life-sized portraits rendered in pastel, charcoal, and graphite on paper. The exhibition’s featured works are lavish in details such as the clothing and posture of the figures, indicative of the wealth of her subjects and a different approach to the traditional narrative of the travels of African Americans in the history of art.

“The Bride,” 24 x 19 inches, is one of her smaller works. The eponymous bride is wearing a veil and gazing wistfully to her right. She is dressed in all white and wears accessories made of pearls, signifying her status. The smaller size highlights her signature artistic style—Ojih Odutola uses pitch black to color the skin and white marks to distinguish facial features, inverting the conventional mode of light and dark.

“As I started getting into art, I was like, I just want to mess with [the skin], see what I can do with this material—skin as a material—and not just with the socioeconomic aspect, which is very real and does inform my work,” Ojih Odutola said. “Whenever I create the skin, it’s sort of like a world, this idea of multifaceted self, the layered self.”

Another portrait, “Unclaimed Estates,” also rendered in her signature style, illustrates her challenging the traditional notion of race and wealth in art. With daunting dimensions of 77 x 42 inches, the portrait features a tall, black man in a suit leaning against a wall. His hands are in his pockets, and his chin is tilted upward as he gazes at something beyond the canvas’s borders.

The socioeconomic status of the two aristocratic families is evident in all the exhibition’s works, seen through the gestures and appearances of the subjects; Ojih Odutola’s artistic technique simply adds another layer of identity to her examination of race and class.

“[This exhibition] was an opportunity for me to explore wealth through the lens of color and race, to see how we can move very contested history of black bodies being capital to black bodies owning themselves and owning the spaces that they’re in,” Ojih Odutola said.

The exhibition will be on display at the Whitney until Feb. 25.