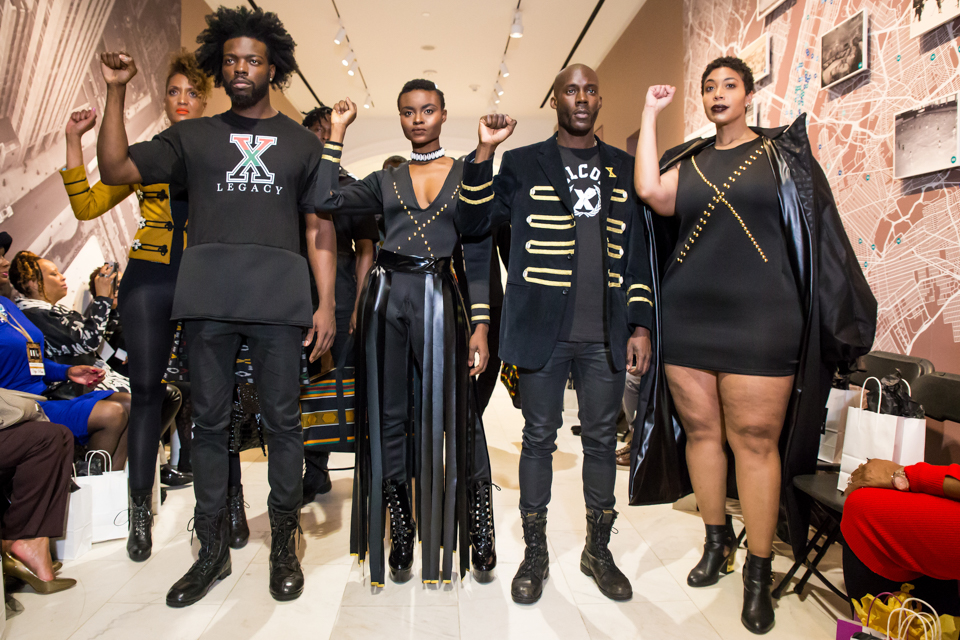 The Harlem Fashion Week Experience took place February 4th in the Museum of the City of New York.

Harlem Fashion Week is the brainchild of historian Tandra Birkett, TC ’18, and her daughter, fashion designer Yvonne Jewnell. It is a series of events, the highlight of which is a four-story event in the Museum of the City of New York which features three runway shows and a marketplace. Its parent company is the duo’s design company, Yvonne Jewnell New York, LLC.

Jewnell emphasized the importance of HFW’s venue in Harlem, grounding the show in the history of the neighborhood.

“Harlem Fashion Week is an explosion of culture,” Jewnell said. “We pride ourselves on being the cultural hub for Fashion Week within uptown.”

HFW’s location away from the majority of New York Fashion Week’s official events also made it more accessible to patrons who may not normally be able to attend Fashion Week. Birkett said that HFW sought to mirror the feeling of NYFW’s events while grounding it in the culture of Harlem.

“Once people realize that [they] can enjoy the luxury … and be able to have that experience, they flock to the show,” Birkett said. “The idea of having it uptown, bringing that—you know, we call it the “downtown vibe”—uptown, I think people love that idea of not too far from their neighborhood but still enjoying Fashion Week.”

Not only does HFW provide an accessible alternative to NYFW for patrons, but it also gives emerging designers who did not have the opportunity to exhibit their work elsewhere a place to shine.

A business and fashion symposium, “The Network,” provided an educational aspect of the weekend for up-and-coming designers. The symposium gave designers a chance to learn about how to build and develop their brand and how to style a collection from industry professionals, as well as to meet successful stylists and designers.

HFW also gave new designers a spotlight during their Emerging Designers Showcase, which ended with Jay Manuel, the former creative director of “America’s Next Top Model,” presenting the award to Reginald Merome.

“It’s really amazing just to see how emerging designers honestly become more confident in themselves after presenting on such a platform like Harlem Fashion Week,” Jewnell said. “I think not only is it a component where it’s encouraging the designers to ... feel confident about their collections and aesthetics, but also to network on a larger platform with people who they may not have an encounter with so early in their career.”

Jewnell and Birkett selected the designers to include in the showcase together from a variety of applicants based not only on their portfolio of garments but also on their personal history.

“They presented their garments to us as well as their spirits and explained why they wanted to be a part of Fashion Week and why we should select them,” Jewnell said. “From that, we found really amazing designers who we selected based upon their fabrications, their construction skills, their innovative designs and techniques, and their stories, essentially.”

This year’s HFW also brought a social message to the show in the form of the Malcolm X Legacy Collection. The collection, created by Malcolm X’s daughters Attallah, Qubilah, Ilyasah, Gamilah, Malikah, and Malaak and designed by Jewnell, spoke to the recent resurgence of race-focused political activism.

“It’s not just fashion for fashion’s sake, but it’s fashion with message,” Birkett said. “We always want to have something that is cutting edge, but socially conscious.”

HFW is off to a strong start, but it is still growing. With four seasons under their belts, Birkett and Jewnell are now looking to expand the program’s reach even further, seeking sponsors and organizations to affiliate with. In the future, they hope to expand the three-day program into a full week.

Even as HFW grows, though, Birkett and Jewnell are determined to retain the cultural identity that is at the core of the event’s mission: the celebration of Harlem’s rich history.

“We decided to create Harlem Fashion Week because we wanted to pay homage to the Harlem of the past while Harlem is being revitalized in the 21st century,” Birkett said.