Identity, sexuality, music, and the mission of ‘Bold Brilliant Beats’

Identity, sexuality, music, and the mission of ‘Bold Brilliant Beats’ 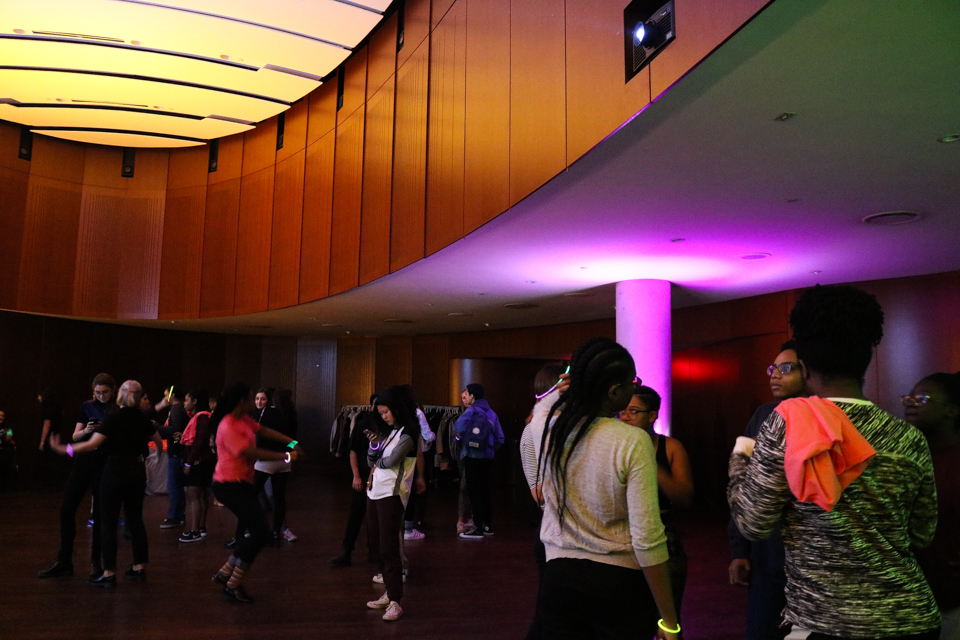 Last Thursday in the Diana Center Event Oval, performers Dai Burger, TT the Artist, and Rico Nasty performed “to give space and celebrate the work of musicians of non-dominant identities.”

A host of lush dance beats, three animated performances, a crowd of college students gradually working through their inhibitions—all of these combined to create this year’s “Bold Brilliant Beats,” the most recent show in an annual concert series organized by Barnard Student Life.

The concert, held last Thursday night in Diana Center’s Event Oval Space, saw Dai Burger, TT The Artist, and Rico Nasty rapping with an enthusiasm and energy that didn’t always match that of the crowd.

But more than being a series of college concert clichés organized under the red, green, and blue lights of Event Oval, Bold Brilliant Beats aligns itself as much with its social message as it does with delivering a fun experience.

The event’s mission, as officially stated by Barnard Student Life, is “to give space and celebrate the work of musicians of non-dominant identities.”

The three performers of the night—Dai Burger, TT The Artist, and Rico Nasty, all black, female musicians—certainly attested to this mission, showcasing those whose identities lie at the intersection of underrepresentation.

Throughout the night, though, it felt that the performances had a broader message in mind.

Dai (pronounced Day) Burger came on stage first. A backup dancer from Queens turned rising rapper in New York’s underground scene, she came out sporting red hair, black and yellow pants, and a playful attitude—most evident from the cartoon cheeseburger projected on the screen behind her. However, she faced an uphill battle in engaging an initially timid audience. But between throwing glitter into the crowd, sustaining a near-constant string of fluid dance moves, and bringing women on stage to twerk with her, Dai Burger managed to overcome some of the hurdles of being the night’s opener, using her unwavering sense of fun and energy to get the audience moving.

TT The Artist took a slightly different approach, coming out in a leather jacket with two backup dancers in blue leotards and shouting “put your fucking hands up” with the intense, full-throated voice of someone on a mission to bring the audience alive. By and large, she succeeded in her goal, maintaining an aggressive energy throughout, and matching it with a series of lively animated videos behind her, the most prominent of which depicted a series of women twerking to the obvious displeasure of an onlooking crowd of prudish men and women on screen.

Rico Nasty, the last performer of the night, had the easiest time with her set. Not only did she have the two previous acts to warm up the crowd, but a good portion of them seemed to have come specifically for her, shouting lines back to Nasty while jumping to the music. With a booming bass, a spiked mohawk, and a red jacket with 69 printed over it, Rico Nasty ended her set more quickly than the two preceding acts, but not before leaving a strong impression on the audience.

More than showcasing black, female musicians, the night’s performances shared an additional message. Through the dancing, the clothes, the videos, and the lyrics, there was a common thread of expressing female sexuality with a sense of confidence and fun, whatever form it manifests itself in.