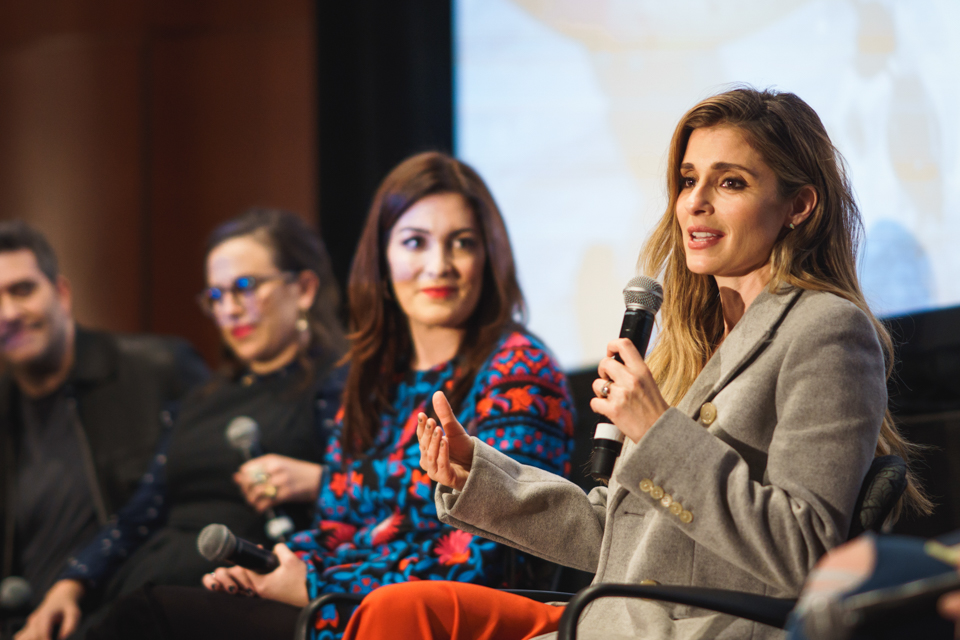 Athena Film Festival-goers got an exclusive look at the season premiere of critically acclaimed Lifetime show “UnREAL” on Thursday night.

The third season of the faux-reality TV show premiered as the opening event of the Athena Film Festival on Thursday night at Barnard College, four days before its national premiere on Monday, Feb. 26. The show is also the first TV show to appear at the festival, earning its place due to its meta-media critique of the reality genre and star-studded panel.

The premise of the show is loosely based on the real-life experience of Shapiro, who worked as a producer on “The Bachelor” for three years, where she said she was “stuck” in her contract.

“It’s total bullshit. There’s such a double standard,” Shapiro said in an interview with Spectator on the sexist implications of dating shows. “The Bachelorettes are always called ‘sluts’ if they hook up with more than one guy; they’re allowed to have a job, but they’re not allowed to care about it; they’re never allowed to talk about their ambition or profession… it’s complete bullshit—it’s not equal at all.”

Indeed, one of the central challenges of fictitious producers Rachel and Quinn in season three is manipulating a female “suitress,” Serena Walcott—played by Caitlin FitzGerald—whose characteristics reflect those of the producers themselves: smart, cynical, and career driven. 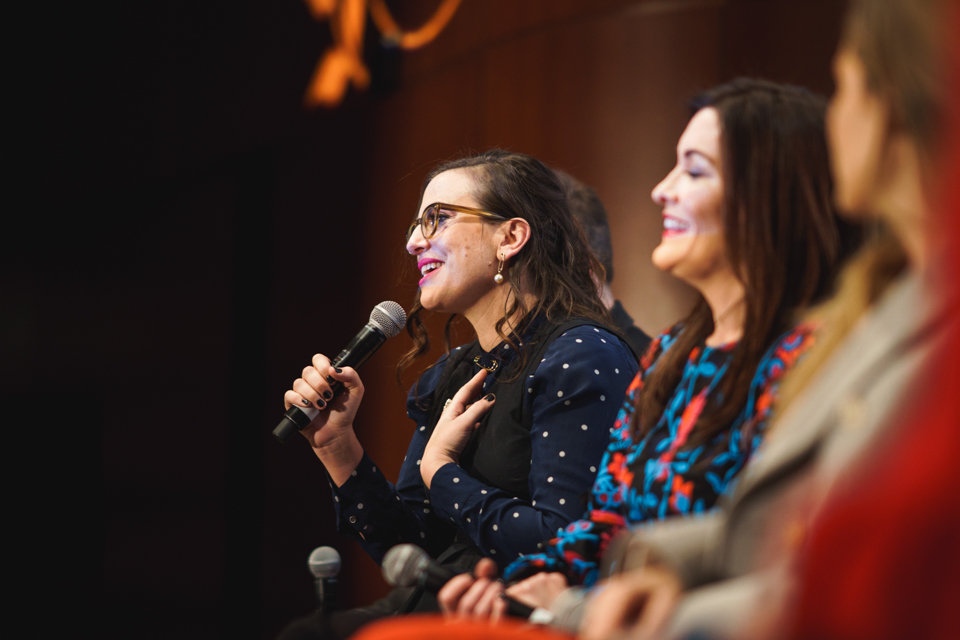 The show opens with Appleby’s Rachel, floating face down in a lake, as a narrator foreshadows the “unreal” reality world Rachel will soon return to with a speech on the power of lying and manipulation and the damage it inflicts both emotionally and physically.

The audience learns that Rachel has retreated to a farm rehabilitation center to avoid the dishonesty of the set of “Everlasting,” the fictional dating show that is the subject of “UnREAL.” She nods to a calendar of tally marks, counting the days she has not told a lie. How far this honesty “streak” will continue is yet to be revealed as Rachel’s boss Quinn—played by Constance Zimmer—persuades her to return to “Everlasting” with the words, “Help me rebuild my empire. I need you.”

Rachel’s return to the brightly lit faux-romantic set of “Everlasting” is tense, reaffirming one of the main themes of “UnREAL”: the high-stress and cut-throat means employed by the producers and production to create “reality” television.

Just as in similar real-life dating shows, Walcott is presented with a selection of diverse men who are to be her love interests. One such character, a race horse jockey of short stature named Norman—played by Joe Abraham—plays a key role in breaking through the tech mogul’s upright air, and thus sets Walcott off on her “romantic journey.”

Walcott immediately dismisses Norman as an unsuitable husband. However, events take a spicy turn as Norman not only receives an on-screen kiss from Walcott, but also ends up sleeping with her off screen.

The first episode of the new season of “UnREAL” introduces many other new male figures alongside Norman, such as a straightlaced shrink and a hunky fireman, as well as old dramatic shadows of Rachel’s past, including Jeremy, played by Josh Kelly.

The switch from the male suitors of the past two seasons of “Everlasting” to a female “suitress,” although it removes the narrative of female competition that made the first two seasons so cutthroat among competitors, only further concentrates the sexist lens placed on female contestants like Walcott.

Her status as unassailable—sexy, smart, driven—surely will not last the season.

Shapiro’s own experience applying the sharp male gaze to the female subjects of reality TV aided the creation of the storyline in season three.

Shapiro’s story of how she escaped the toxic environment of her former job and the negative self-image it had left her with is simple.

“I moved to Portland, Oregon and became a lesbian separatist,” Shapiro said. “For real.”