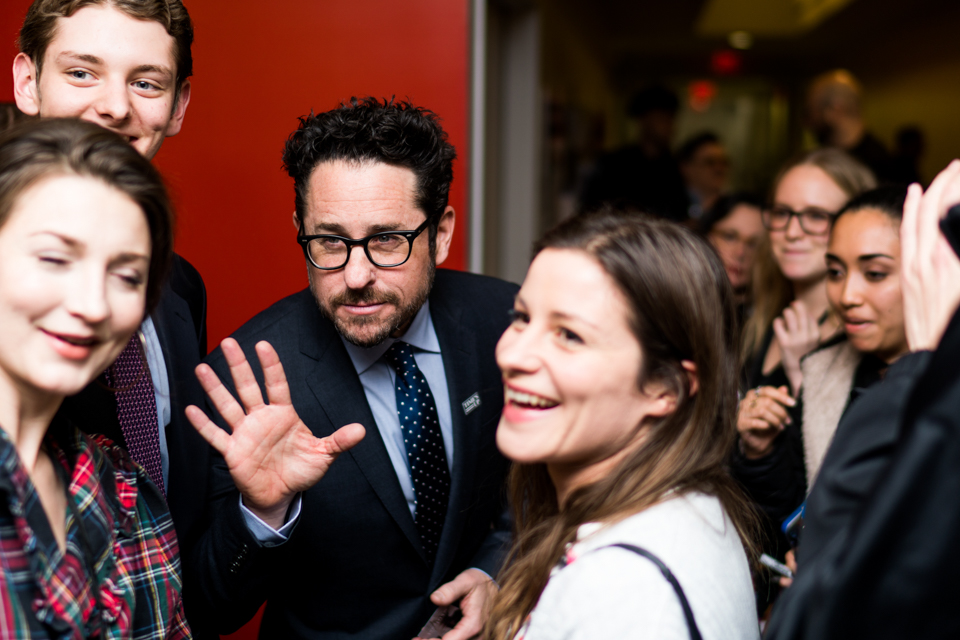 Spectator spoke to Abrams, who has worked on many acclaimed projects such as “Star Wars: The Force Awakens,” “Lost,” “Alias,” “Felicity,” and the upcoming “Star Wars: Episode IX,” in an exclusive interview about what it meant to be receiving the Leading Man award for advocates of women’s rights in the film industry in the year of #MeToo.

“It may be, for a period of time, a slightly longer search and harder interview process,” Abrams said on what male filmmakers can do to include their female counterparts in the industry. “The truth is, the storytellers that are on the rise [who] inevitably will be sharing the room with their male counterparts are less easy to find, simply because they haven’t been the usual suspects.”

However, Abrams, wearing a Time’s Up pin on the red carpet, was optimistic that with time, women filmmakers will be given more of a platform to express their ideas.

“It’s all happening slower than anyone wants, but it’s happening,” Abrams said. “I think that the message for a man is look in the places you might not have looked normally, because these people are there and not only can they be hired, they should be hired … I know that while it takes a little bit more time, sometimes you can actually find the people that are not only just as talented and just as hardworking and hungry, but in many cases more talented and hungrier and more willing to work.” 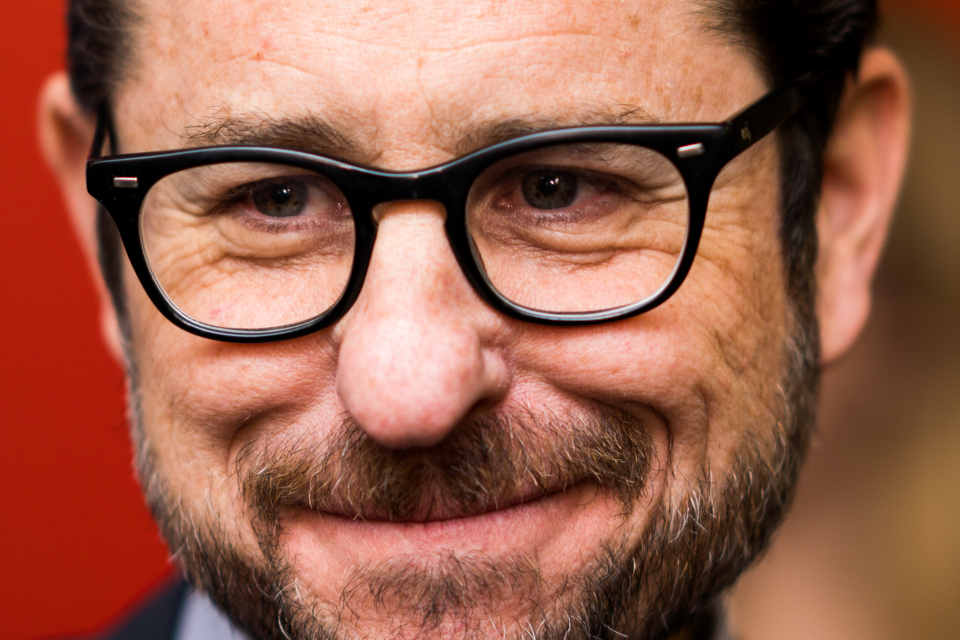 Abrams is a producer and director who most recently directed "Star Wars: The Force Awakens," a film which features a strong female lead. (Ha Quoc Huy/For Spectator) 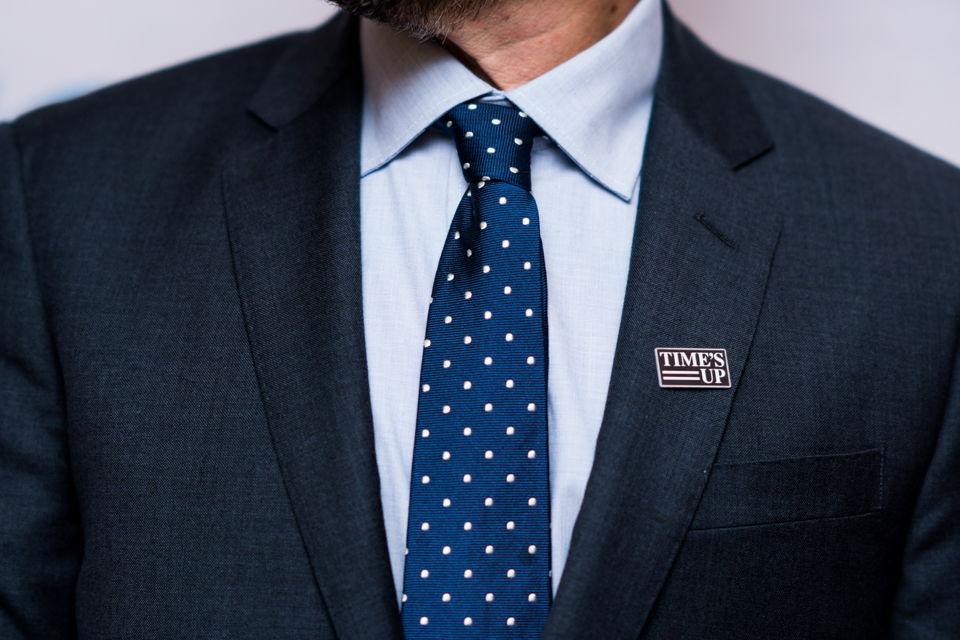 J. J. Abrams shows his support for the Time's Up movement, which promotes “standing in solidarity with people in every field who weather professional discrimination,” according to its website. (Ha Quoc Huy/For Spectator) 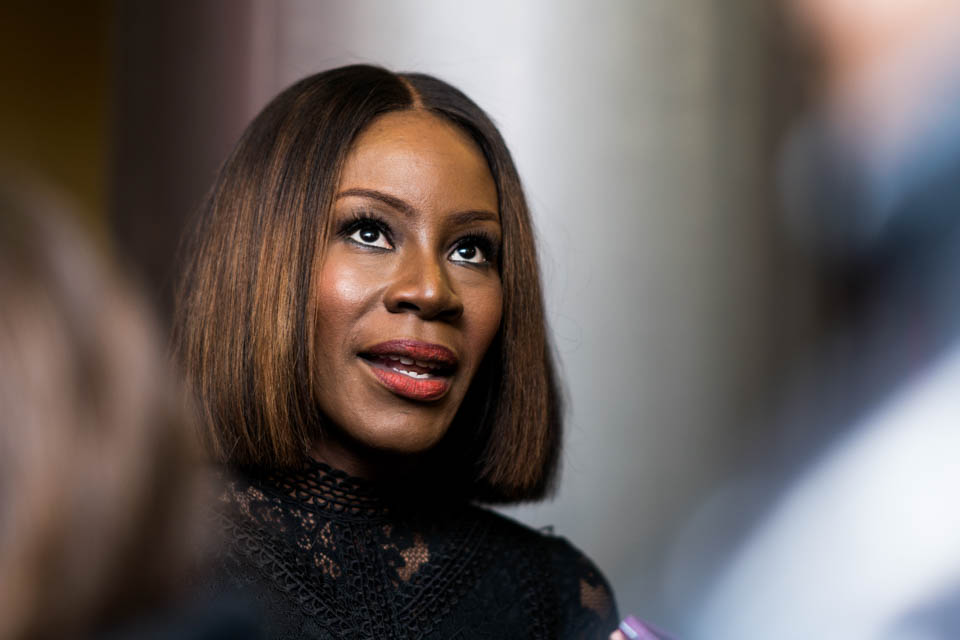 Writer and director Amma Asante, who also won an award at this year's festival, speaks to reporters on the red carpet. (Ha Quoc Huy/For Spectator) 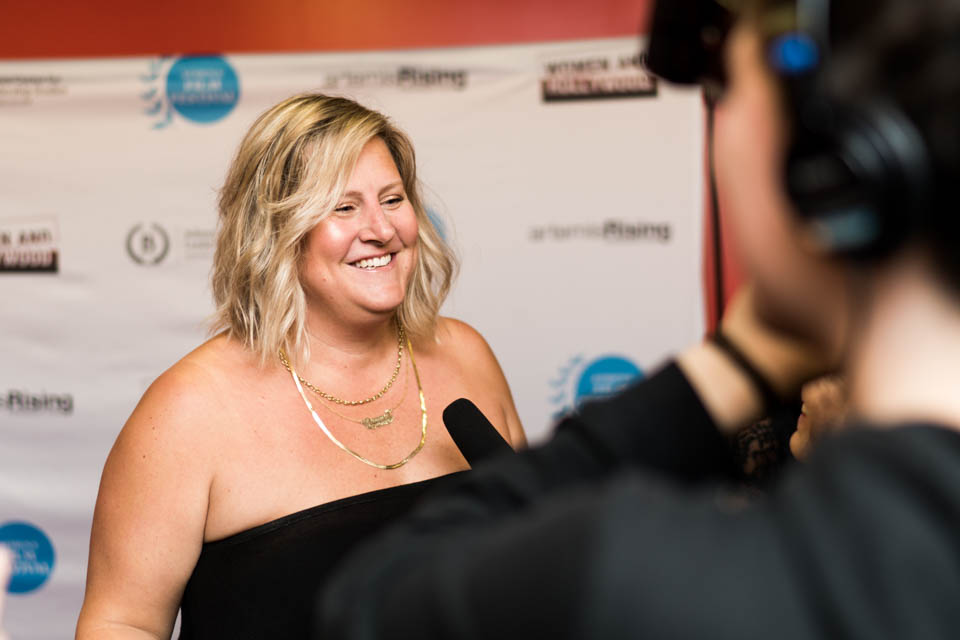 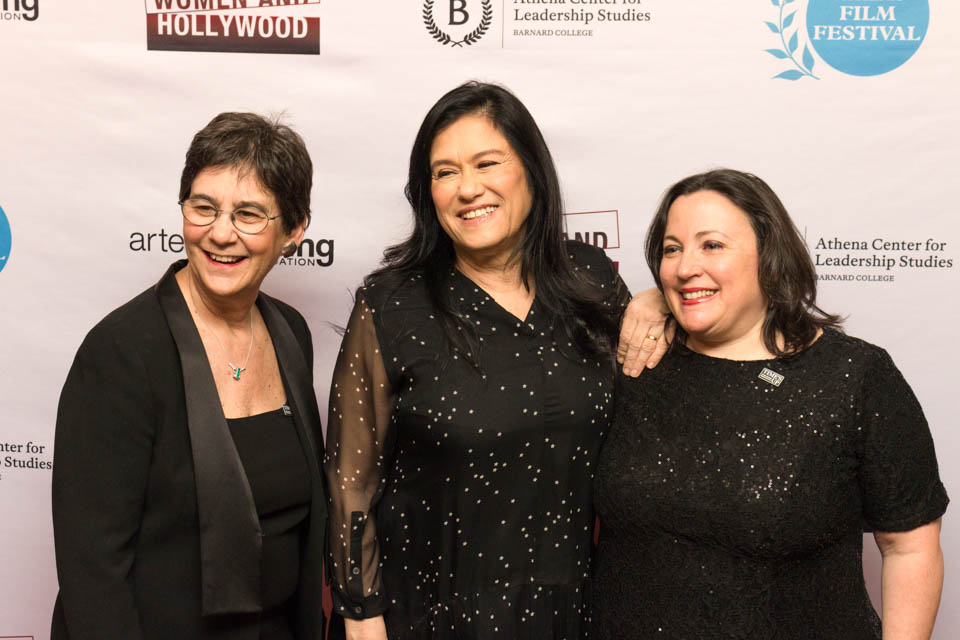 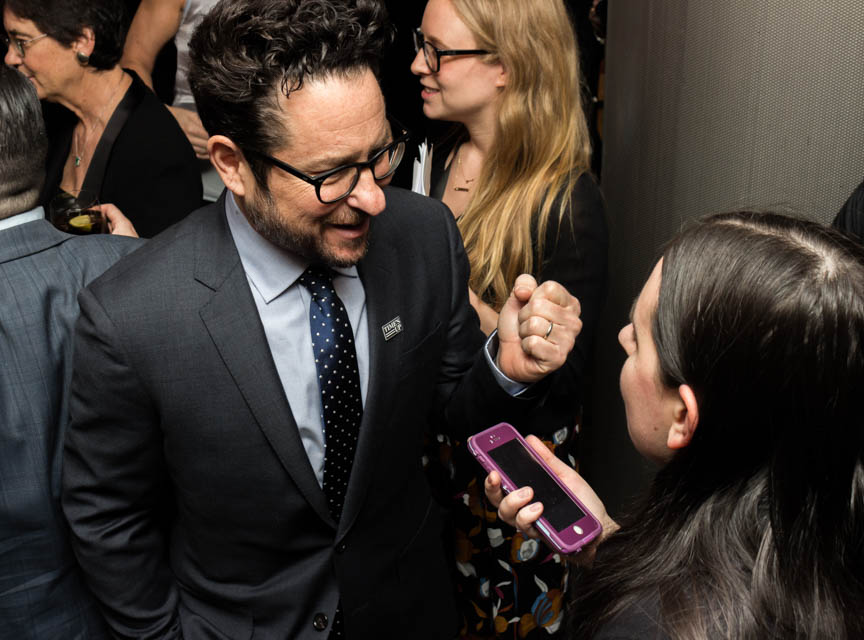 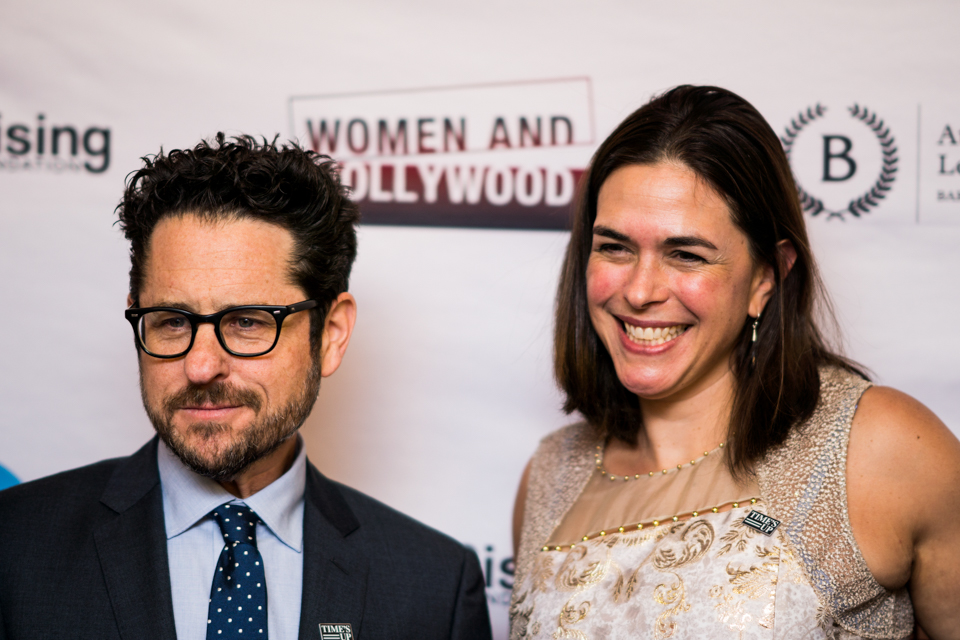 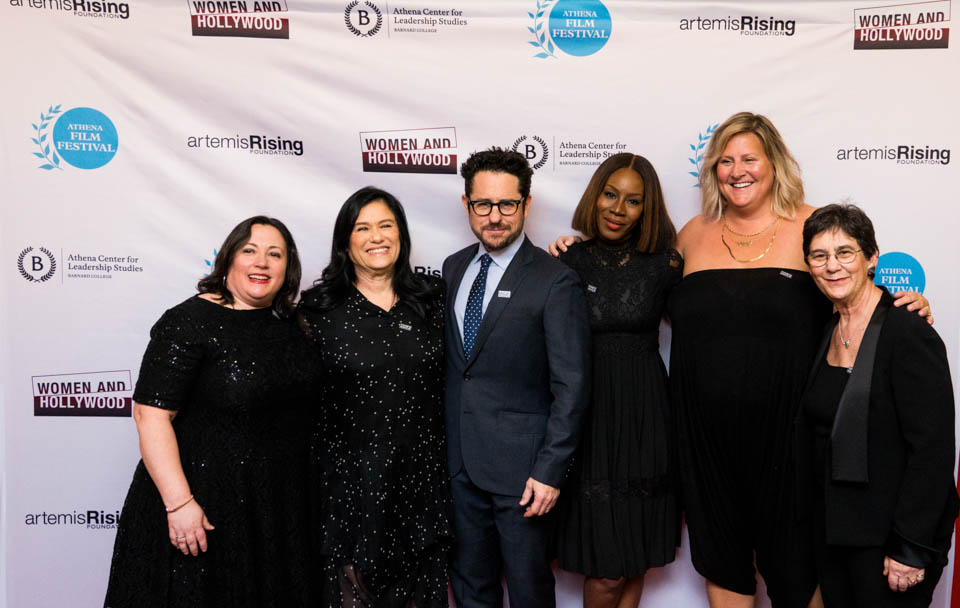 “We have to speak out and not be afraid.This is a movement that is not going to stop and we are going to get fair treatment,” Kopple said. “I’m not alone, and there’s a whole group of young beautiful women coming up and I want to do anything I can to help them.”

Kathryn Kolbert, the Constance Hess Williams ’66 director of the Athena Center for Leadership Studies and a co-founder of the Athena Film Festival, was also present at the red carpet outside the awards ceremony.

“J. J. has been an advocate for women in the films he writes and produces and directs, and we’re very very happy that he’s here tonight,” Kolbert said. “This is a particularly important year: the Women’s March, #MeToo, Time’s Up have demonstrated the importance of developing strong women leaders and bringing them to power and influence. The women’s festival has captured that notion and generated that interest. I’m thrilled with its growth, and more importantly I’m thrilled with the recognition that women’s leadership is so important.”

Acknowledging his history at other women’s colleges, Abrams explained that winning the Leading Man award at a festival dedicated to women filmmakers was particularly meaningful to him.

“It is both an honour and something I wish didn’t need to be acknowledged. I don’t totally feel worthy of this at all; I went to Sarah Lawrence College, which was an all-women’s school, and still, to this day, our son goes there now,” Abrams said. “I feel like I almost went to a women’s college.”