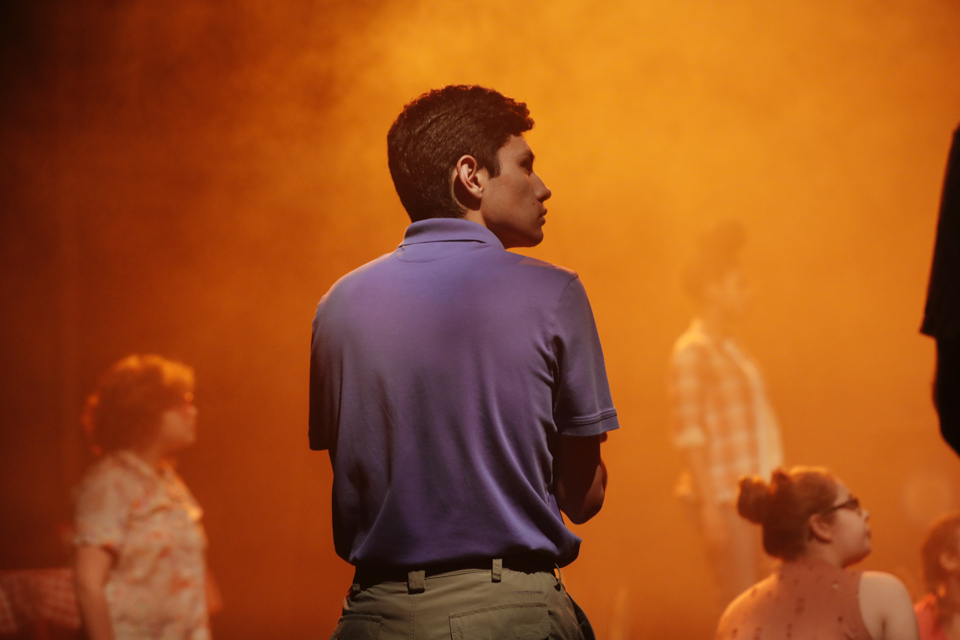 As “Jeune Terre” began, the packed audience sat on raised platforms, fog filling the Barnard Black Box, waiting to be transported to the Louisiana town.

The Barnard Theatre Department performed “Jeune Terre” on Thursday, Friday, and Saturday in the Glicker-Milstein Theatre. The new play was created by New York playwright Gabrielle Reisman, directed by Barnard’s Associate Professor of Professional Practice in Directing Alice Reagan, and starred Barnard and Columbia theater students. The play focused on the impact of climate change, based on the story of the real-life town of Jean Lafitte, Louisiana.

The play opens with environmental activist Lee, played by Devin Hammond, BC ’20, asking the audience to stand up all together before sitting down in sections to represent the population of the wetlands that have been killed off, drawing the audience into the show. Hammond’s portrayal of a khaki-wearing, persistent environmentalist was impressive, especially in her daring streak in one scene in which she broke government rules to run an ecology test and kick in parts of the abandoned canal.

The show served as two of the actors’ Senior Theses in Performance in Acting: Steve Ali, CC ’18, as The Mayor, and Josh Zoeller, CC ’18, as Paul the environmentalist. While not central characters, their performances were evocative and captivating. Most memorable was Zoeller and Ali’s dinner conversation arguing for and against environmental protections for the town, in which they gradually built tension off each other. Their characters watched the action happen around them, infusing scenes with their imposing and stoic behavior.

Many scenes made noticeable and unique use of audience interaction. During a scene including a town hall where characters discussed changes to environmental plans, Tiny, played by Viviana Prado-Núñez, CC ’20, and Lee walked through the audience, handing cookies and Dixie cups of coffee to audience members.

Along with the whimsical props, such as the wooden motorboat and paper doll bodies, the four stages of restaurant, city hall, market, and center stage created an imaginative set. The show used all levels of the theater, from the floor, to raised floor platforms, to a ladder platform at the top of the Black Box. The set design and lighting was impressive, most noticeably during the aftermath of a hurricane, with swirling fog, flashing green lights, and growling music.

In Jeune Terre’s plotline of actors, Brie, Madeleine Williams, BC ’20, and Andrew, Sebastien Siclait, CC ’18, put on an impressive musical for the town; however the scripted transitional musical was off-putting. The new play had a musical accompaniment consisting of strange electronic transitions. The play ended abruptly with a strange deus-ex-machina final all-cast musical number that was jarring as all the characters began to sing out to the audience about the environment.

“Jeune Terre,” while carried by the strengths of its set, visuals, and actors, lacked in its emotional transition and musical component. It told a compelling story of the tensions of a small town and saving the environment, and with its basis in a real story, the threat it portrayed is all too pressing.