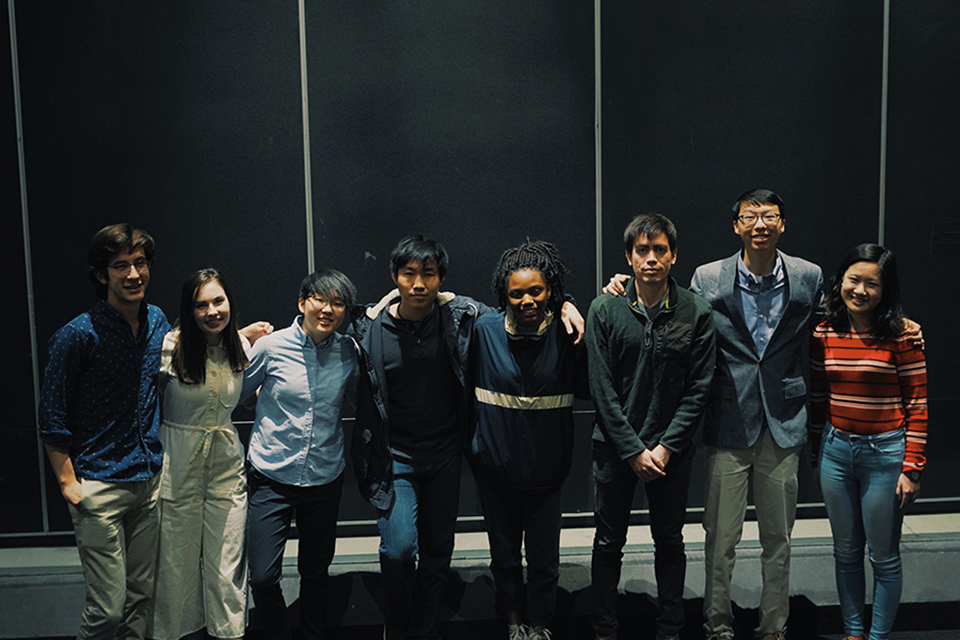 Columbia Undergraduate Film Productions hosted its annual student film festival this Saturday in Roone Arledge Cinema in Lerner. Submissions were taken throughout the year from student filmmakers, and cash prizes were awarded to the three winners of the festival.

CUFP is dedicated to supporting students with a passion for film, both majors and enthusiasts alike. It hosts independent film screenings on Columbia’s campus and coordinates resources for local filmmakers, connecting students in the film industry with each other and helping to finance student films, and lending equipment for filming.

The first place winner of this year’s festival was “Moonshot,” directed by Rob Arevalo, GS ’18. The film follows the growing astronomical interests of a young girl named Melanie, played by Zaria Grace Felix, a student at LaGuardia. In order to partake in a school science fair, Melanie borrows a telescope and sets out to study the moon. She struggles to pursue her new found passion as she copes with her family’s financial situation and her strained relationship with her father, Kevin, played by actor Damiyr Shuford, who featured in TV series “Blacklist” and “Blindspot”.

Winning second place was “Fake,” directed by Leon Wu, CC ’18, which follows musician Coleman Hughes, CC ’20—stage name COLDMAN—as he walks around various parts of New York City in only his underwear while rapping a song by him, also titled “Fake.” Locations he traverses include Central Park, Times Square, and Columbia’s own College Walk. The video features distortion and wavering camera shots, producing a trippy effect, and extensive editing to match pace with the rhythm of COLDMAN’s song.

“Finding Valdez,” a documentary focusing on the Alaskan town of Valdez directed by Soorim Lee, CC ’21 and filmmaker Andrea Bedoya, won third place. Valdez was forced to relocate after a massive earthquake on Good Friday, in 1964. The original “old town” remains undeveloped, and the film briefly mentions recent attention to reinhabit the area. The documentary was short but featured excellent cinematography of the Alaskan landscape.

“SUGARLAND,” directed by Jason Chiang, CC ’20, received an honorable mention. The film follows classically trained pianist Sam Liu as he struggles with both his apprehensions about the future and his mother’s overbearing nature. The film was a sweet reflection on the struggles and expectations of both mother and son as they plan out his future.

Other notable films included “Quarter-Corn” and “Seeing Pink.” “Quarter-Corn” was written and directed by Dylan Dameron, CC ’20, who also starred as a Columbia University student who is a quarter unicorn. The satire playfully pokes fun at conventional identity politics and club organization on Columbia’s campus. “Seeing Pink,” directed by Sarah Lew, a student at the University of Southern California School of Cinematic Arts, is a satire of the production of pink women’s products and the notion that women can only comprehend items that are colored pink.

Ultimately, it was inspirational to witness up-and-coming talent present their passion projects. The film festival was an engaging experience, featuring talent from the undergraduate student body at Columbia University and elsewhere.