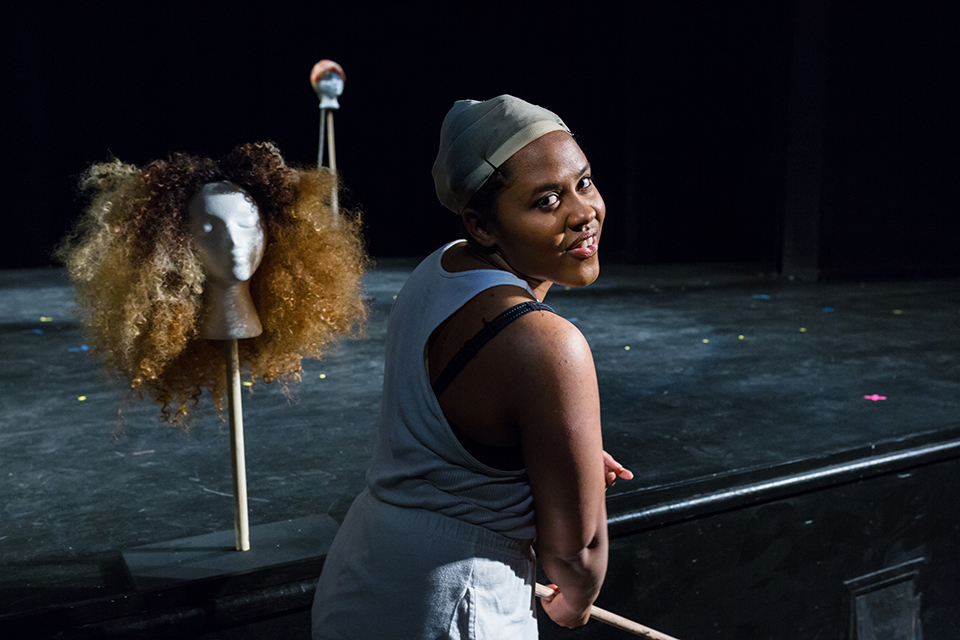 After five years of experience in professional theater and a detour through the Yale astronomy department, Natasja Naarendorp is graduating from the School of General Studies with a degree in theater studies.

At Columbia, Naarendorp has been involved in four different theater groups as well as official Barnard theater department shows as an actor and director, most recently directing student theater group NOMADS’ spring production “Type B.” She originally became interested in performance arts during her time at Yale, where she was involved in dance groups.

“I was always loud and had personality and wanted to perform for people, but I never really thought about matching it with my studies,” Naarendorp said.

However, after two years at Yale, Naarendorp decided to take time off to pursue professional acting opportunities in New York City at organizations such as the T. Schreiber Studio and the Afrikan Women’s Repertory Theater. Inspired by the senior theater thesis festival in spring 2015, Naarendorp decided to apply to GS in order to pursue acting and began in fall 2015.

“I’ve acted before … but there was a break of six years between the last time I was in college and coming back, and I knew I wanted to study theater but [I was] kind of still thinking, can I do this?” Naarendorp said. “I think that GS students always struggle with this, and maybe everyone on campus does too, with impostor syndrome, with sitting in class and thinking, ‘am I the only dumb one? Am I the only one who doesn’t get it?’”

However, Naarendorp’s experiences with NOMADS and the Barnard theater department’s thesis festival helped her to gain a sense of security and community.

“It’s great to feel like you have a network of people who are artistic, creative, capable. I think now, more so than a year or two ago, I feel like we can go out there and do it. We don’t need to wait for someone to give us permission. Money’s always an issue, but you can make things happen on very, very little resources with no budget,” Naarendorp said.

While Naarendorp is drawn primarily towards performing, for her, there is little distinction between different aspects of theater, evident in her varied roles in acting, directing, and writing for student productions and her senior theater thesis.

“I just love having an image in your head and figuring out how to translate that through live performance, whether it’s me actually doing it, me collaborating with other people to do it, me helping to sew, or me finding the prop, or painting the table—whatever it is,” Naarendorp said. “To me, I don’t even think about those divides anymore, having been in every little box. Everyone’s just working to make theater happen.”

Her experience across different roles in the theater community all came together in her senior theater thesis, which explored the experiences of young black girls.

In Skin---Hair---Space, Naarendorp took inspiration from Gordon Parks photographs and Lupita Nyong’o quotes to create an experimental performance using many different wigs and styrofoam head models to explore how black girls visualize themselves in a consumer advertising narrative dominated by white models.

In one performance of the thesis, Naarendorp accidentally ripped a metal bar from the stage, which she had tied a rope braid to in order to demonstrate the struggle black girls go through in learning to love their own hair.

“It fit the intensity of the moment,” Naarendorp said. “That’s what I love about live performance: you can plan it down to its infinitesimal detail, but you really never know what’s going to happen when you feel the adrenaline with an audience.”