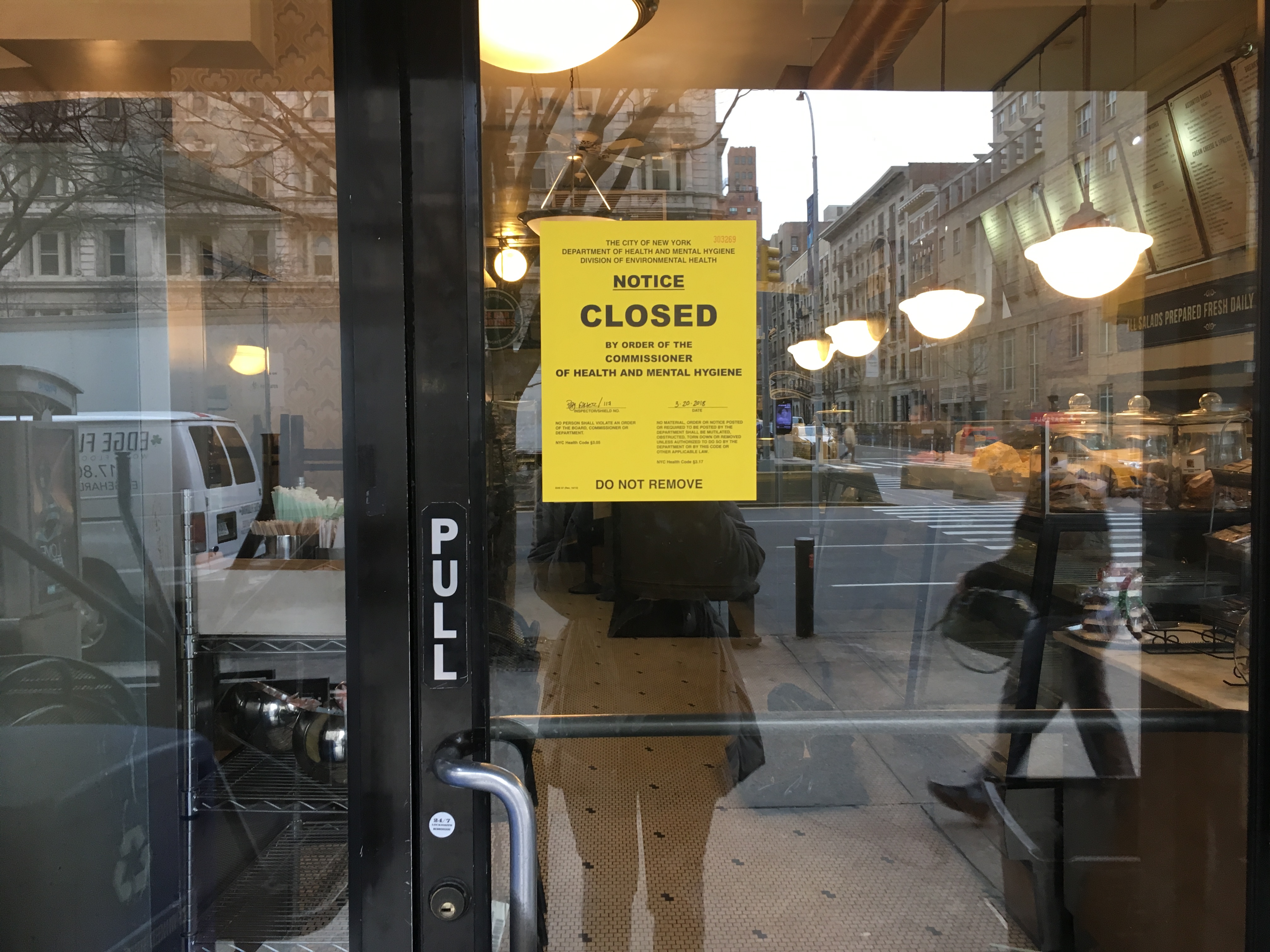 Nussbaum and Wu, pictured here on March 30 when they closed for for health code violations, appears to be permanently closed.

Beloved bagel shop Nussbaum and Wu has closed, and with no stated reopening date, it is unclear whether the closure is permanent.

On Wednesday, a sign from electricity company Con Edison appeared in the bagel shop’s window stating that the building’s owners had not applied for service, and so gas and electricity would be shut off without further action.

Two days earlier, a sign was displayed in the window of the go-to Broadway and 113th Street study spot. It alleged that owner Shlomo Sela had “failed the community of Columbia University and all his vendors.” The sign had been taken down by 3:00 pm on Monday.

Sela has been sued three times for cases involving violations of the Fair Labor Standards Act as part of lawsuits against restaurant groups 160 Restaurant Concepts LLC, 39 Wea Food Group, Inc., Freedom Place Rest, LLC, and Hiro Sushi at Ollie’s Inc., the latter of which owns Ollie’s Noodle Shoppe and Grill, according to court records. All suits were settled outside of court.

Nussbaum and Wu was temporarily shut down for health violations this past March by the commissioner of health and mental hygiene.

Seamless, Grubhub, and Postmates all have the establishment, which turned twenty this year, currently marked as closed, and Nussbaum and Wu’s phone number has been disconnected. Sela could not be reached for a comment.