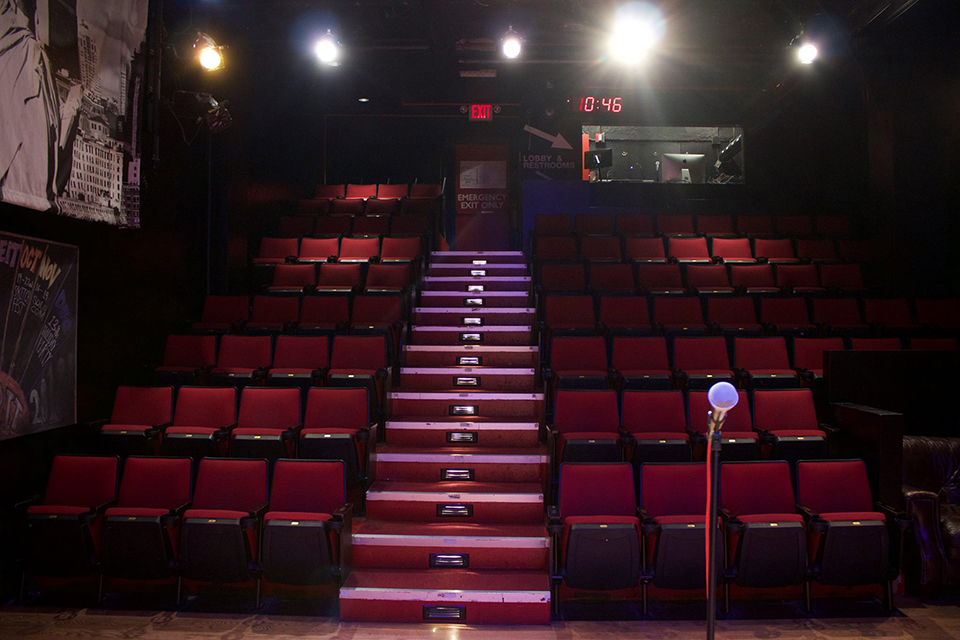 On the stage of Peoples Improv Theater, where she hosted an hour-long comedy showcase on Monday night, Dallas Koelling, CC ’20, regaled the crowd with tales of her repeated summertime encounters with venereal disease.

As president of Columbia Women in Comedy, co-president of the CU Sketch Show, and a member of improv group Fruit Paunch, Koelling is no stranger to performing comedy. She started her comedy career at the age of twelve, when she started performing at Second City in Chicago. She currently takes improv classes at the Upright Citizens Brigade. Considering that she has been paid for her work, Koelling says she considers herself a professional comedian.

She started the show with a series of riffs about her sex life, which she listed as an influence for her comedy. Material from the other comics varied. Madeline Altman, BC ’20, did a particularly memorable impression of an adult without object permanence, stumbling around and periodically yelling “woah!”

Olivia Rodrigues, BC ’18, delivered a set that revolved around Cruella Deville from “101 Dalmatians”, saying that she was mislabeled as a villain—as she was, after all, a woman who owned her own business. Loie Plautz, BC ’19, gave their observations on the increasingly boujee nature of the San Francisco legalized marijuana industry and the city’s failure to produce a decent everything bagel.

Where Jordan Allyn, BC ’20 and a staff writer for The Eye, brought a cheerier spin to the showcase by ruminating on her similarity to a dog and the power of eating toast with love, Alex White, SEAS ’20, whose jokes concerned racism in the Deep South, opted for a more sardonic style of comedy. White was the night’s only male comedian—and not, according to Koelling, by accident.

“I had to think about it. I was like, ‘I am super dedicated to cultivating all-woman spaces, but so many lineups are a bunch of dudes and one girl,’” Koelling explained. “We still had a very great ratio, I feel. It’s important to me to put women on stage.”

Updated 5:57 p.m. September 6, 2018. This article previously forgot to include Loie Plautz in the night’s lineup of comedians. Spectator regrets the error.