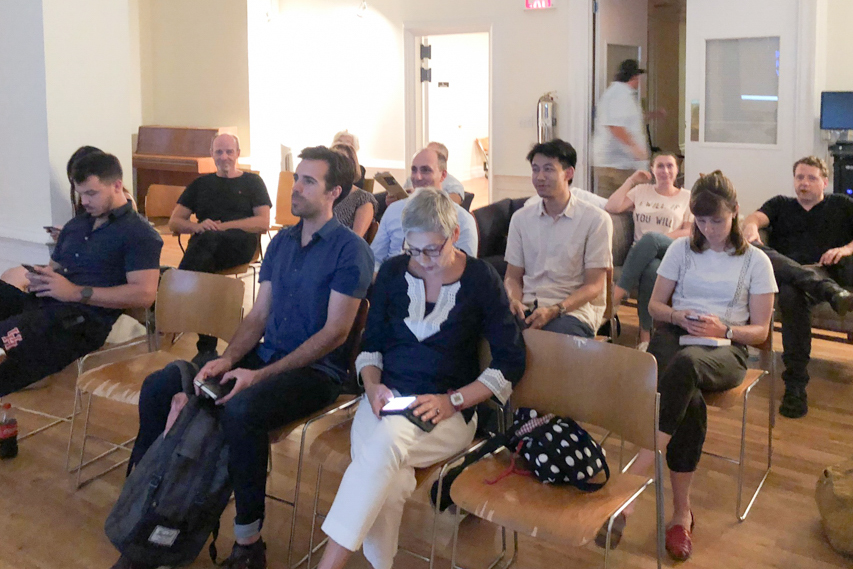 Last week's screening was the first in a series celebrating the work of Ukrainian producer Olena Yershova.

The Ukrainian Film Club began its retrospective on Ukrainian producer Olena Yershova this month with a subtitled screening of the film “Love Me,” directed by Maryna Er Horbach and Mehmet Bahadir Er.

“There's a dearth of knowledge of sometimes very basic things about Ukrainian culture, about Ukrainian history, Ukrainian politics. And so we try to use film really because every screening is really a pretext and excuse to talk about Ukraine, about different aspects of that country, of that culture,” said Yuri Shevchuk, founding director of the Ukrainian Film Club and lecturer in Ukrainian language for Columbia University and the Harriman Institute.

The opening screening was hosted in Deutsches Haus. “Love Me” depicts the growing love between Sasha, a Ukrainian woman—played by Viktoria Spesivtseva—and Cemal, a Turkish tourist—played by Ushan Çakir. The characters trek through the city of Kiev together while struggling with their own cultural obstacles and obligations—Cemal has an arranged marriage waiting for him in Turkey while Sasha is dealing with her desire for children while navigating her life as a sex worker.

The film is characteristic of Yershova’s work, delving into political and economic issues within Ukraine, such as the popularity of sex tourism and the lack of lasting economic infrastructure in the wake of the fall of the Soviet Union.

“[Yershova] found angles to look at Ukraine and the development of Ukraine from an international perspective,” said Shevchuk. “In every of the four films that we are screening this semester, that she produced, [she engages with] four directors from Ukraine, from Turkey, from Lithuania, and picking up subjects that haven’t been very commonly examined or engaged with in Ukrainian cinema until today.”

The mission of the Ukrainian Film Club’s retrospective is to bring the discussion of Ukraine into the mainstream.

The next screening in the retrospective will be hosted on October 17 in Deutsches Haus and will feature an appearance by Yershova herself during the post-film discussion.