Rachel Kastner, BC ’19, on her Holocaust documentary and the woman who saved her family

Rachel Kastner, BC ’19, on her Holocaust documentary and the woman who saved her family 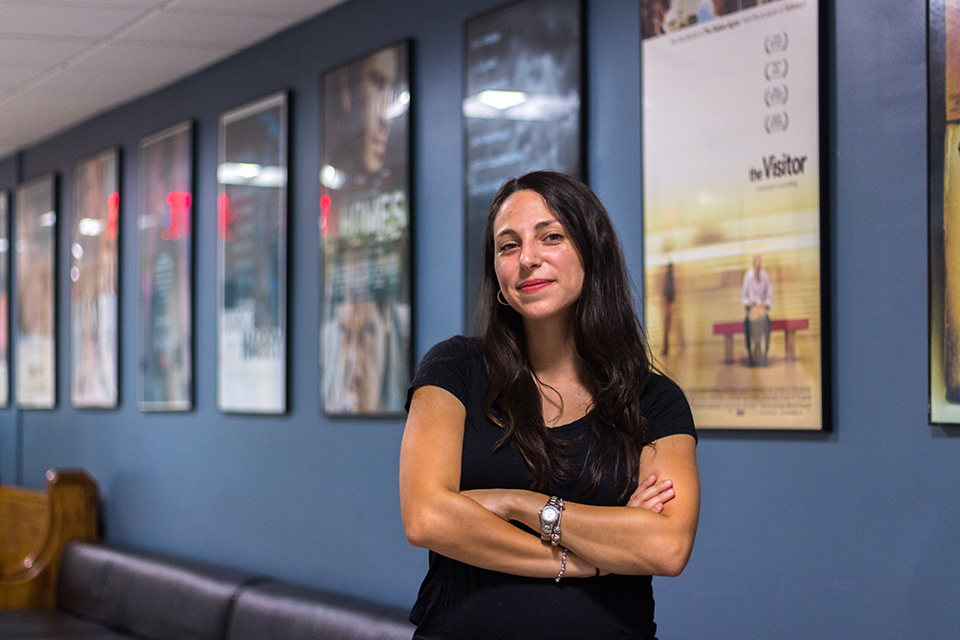 Rachel Kastner's documentary "The Barn" tells the story of her grandfather and the woman who saved him during the Holocaust.

Rachel Kastner, BC ’19, says she is someone who makes friends on the subway, remembers her cab driver’s name from last night, and, above all else, loves people. It is significant to note that three of her grandparents are survivors of a tragedy that stemmed from hatred, the Holocaust. Kastner, a passionate film actress and producer, is now trying to capture the horror of that age and the generosity of the people who stood up to its hatred in a documentary called “The Barn,” which she produced with Matthew Hiltzik and director and producer Phil Berger.

Kastner grew up in a New York neighborhood with a large Jewish population and went to school with children from similar backgrounds. Only when she reached high school did she realize the uniqueness of her origins.

“I thought that everyone’s grandparents were Holocaust survivors,” Kastner said.

Kastner’s grandfather Karl and his family were taken in by a family of righteous gentiles, or non-Jewish citizens who protected Jews during the Holocaust. As a young boy, Karl slept under floorboards, hoping that the Nazis wouldn’t find him. Paulina, a young girl in the host family, would bring them food and other supplies.

In high school, Kastner went on a heritage trip to Eastern Europe with her school to learn about the Holocaust in its geographic location. As part of the trip, she and her classmates were scheduled to speak with a righteous gentile. Much to everyone’s surprise, Paulina turned out to be the righteous gentile with whom Kastner’s school had been meeting with for over 20 years.

“But I felt like she was another grandparent,” Kastner said. “I’d heard about Paulina since I was a little girl.”

Paulina herself has no children or grandchildren, and that day, she would not let go of Kastner’s hand. She could not believe that decades after she helped save a little boy named Karl, she had met his granddaughter.

Kastner considers herself to be first and foremost a storyteller. Growing up, she was involved in films and theatre, first as an actress, and eventually as a producer. After meeting Paulina, she realized that the story between Paulina and her grandfather had to be recorded. She reached out to documentary maker Nancy Spielberg, whom Kastner met at a conference when she was 15. Kastner had kept Spielberg’s card for the past three years, waiting for an opportunity that would justify reaching out to the renowned filmmaker. Upon hearing Kastner’s idea, Spielberg immediately got behind it.

With Spielberg’s help, Kastner put together a production team, found crews in Poland and Ukraine, and flew herself and her grandfather to Eastern Europe to record a piece of history.

It is impossible to talk about Kastner without mentioning “The Barn,” her religion, or her family. But there is much more to her.

This past summer, Kastner worked with Hollywood Studio Focus Features through the release of “BlacKkKlansman,” a film about a white Jewish police officer and a black police officer infiltrating the KKK together. Before that, she spent six months studying abroad in Copenhagen and volunteered across the world, from Chile to Hungary, over the past few years.

This semester, she is dabbling in virtual reality film work. As a woman working in the male-dominated film industry, Kastner is nevertheless optimistic about women in film.

For Kastner, the most touching thing she has discovered through meeting Paulina, working on larger feature films, and anything else that she has done, is the idea of “people who don’t look like each other sticking their necks out for each other.”

“It feels so good to empathize,” Kastner said. “You train yourself to be empathetic.”

In an age in which neo-Nazis are becoming increasingly visible, Kastner recognizes that she has an even greater obligation to make sure that what happened during the Holocaust never happens again.

Kastner started filming “The Barn” in 2016, and she feels lucky that she got to film the story when she did. A couple of weeks ago, Paulina passed away. Up until then, Kastner’s grandfather had been sending her money every month as a thank you for saving his life. As her thank-you, Kastner hopes that her documentary will be used to keep the story of her grandfather and everybody else who lived through that period of history alive.

“‘The Barn’ is likely to be the last major Holocaust documentary,” Kastner said. The next generation will never meet a Holocaust survivor.

Kastner does not know what she wants to do upon graduation. Her parents chose to be doctors because they wanted to have a useful skill in case another war came along. The suffering of their parents’ generation had permeated their own thinking. But Kastner is grateful that, just two generations after her family was persecuted in Europe, she has the chance to study at Barnard. And she has the luxury to wait and see where her last project goes and her next project lies.