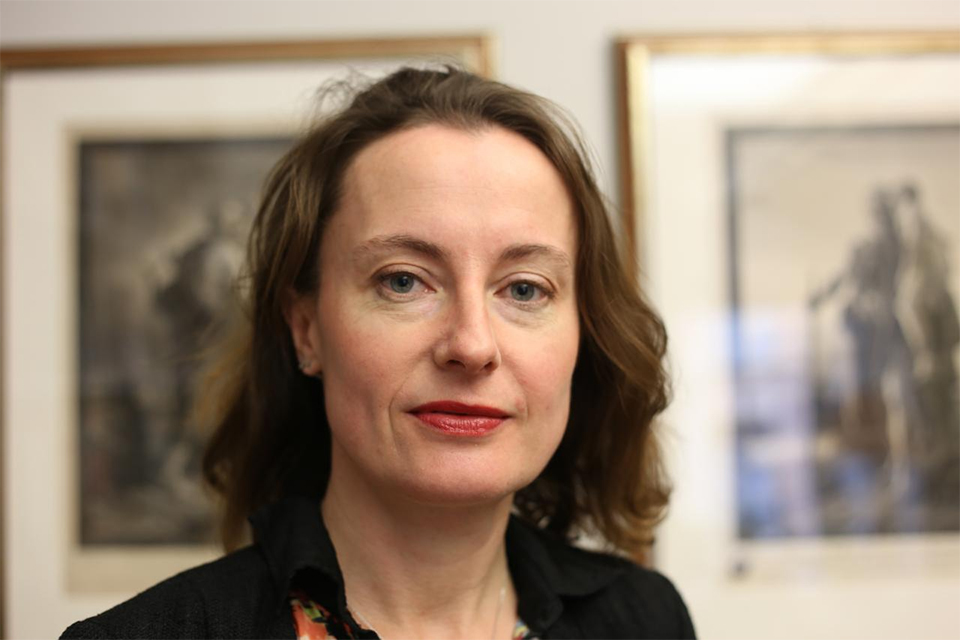 Wilson's translation is a new addition to the Columbia Core, replacing the longstanding Lattimore version.

One of the oldest books on the Literature Humanities syllabus is now also the newest. Less than a year after it was published, Emily Wilson’s innovative translation of Homer’s epic poem the “Odyssey” has replaced the long-standing version by Richard Lattimore as part of the Core Curriculum.

Emily Wilson is a professor of Classics at the University of Pennsylvania and the author of numerous books and translations of Latin and Greek works. She is the first woman to translate the “Odyssey” into English. However, many other women have translated the epic poem into other languages. Since a significant amount of coverage has focused on the fact that she is a female translator, during Wilson’s conversation with the Spectator, she commented on how we can compensate for the underrepresentation of minority groups in the field of translation.

“We can try to be conscious about gender, whether we're reading the work of a woman or the work of a man,” Wilson said. “It's also not just about being a woman, it's about whether the writer or the translator has thought about gender and things beyond gender: It also goes to issues about social class, race, ethnicity, and other social categories.”

Wilson discussed the ways in which her translation distinguishes itself from others and how she thinks it will benefit readers of this particular generation.

“I hope that there will be a clarity about what the ‘Odyssey’ might be saying or doing in my non-archaic, and mostly not foreignizing, way of writing,” Wilson said.

Wilson chose to maintain the same number of lines present in the original Greek text in her translation and wrote in iambic pentameter, instead of the traditional dactylic hexameter.

“I hope [that] by putting something very long in iambic pentameter, it [will] also make readers of this generation less frightened of metrical verse and that there will be a way of inviting more awareness of the ways that language can have rhythm,” Wilson said.

Despite the poem being thousands of years old, Wilson allows her readers to establish connections and parallels between the many social, political, and ethical issues the “Odyssey” raises and the ones our generation currently faces.

“The poem itself resonates in different ways to the way it resonated in the United States 20 or 50 years ago,” Wilson said. It resonates through issues of globalization, immigration, the whole question of ‘Well, what does it mean to live in a multicultural society?’”

Wilson also described her experiences and goals in translating the poem.

“I deliberately didn't look at other translations while I was working on mine. I didn't want it to be a translation based on other translations. I wanted it to be … an original reading of the poem”, Wilson said. “It's so important to the classroom to make sure that they're in an atmosphere where people can ask questions. I wanted to make sure my translation was one that invited a critical and conversational response—that it wasn't sort of trancing the reader to just be in awe before this very big, great man's book”.

Wilson further explained her vision for her translation.

“I wanted to be bringing out the various ways that the [Greek] text has different voices and different characters playing off against each other,” Wilson said. “The tensions, the problems, and anxieties that might be there in the poem—I wanted them to be very visible in my translation because I think it makes for a richer reading experience and a richer classroom discussion.”

Wilson went on to offer advice for students who are pursuing a career in the field of translation and talked about her own dedication to what she believes is the role of a translator.

“It's not just one kind of responsibility,” Wilson said. “I think when people talk about the ‘literal translation’ that tends to imply this idea that there's only one thing a translation is ever doing. [But] I think that a translator has multiple responsibilities and those include the scholarly attentiveness to the use of language, and the literary attentiveness to the complexities of how the original text achieves the various sonic and aesthetic as well as ethical, psychological things that it's doing.”

Wilson has crafted a translation that resonates with a new generation of readers by actively inviting them to question and consider the underlying complexities and multiplicity of voices that are present in Homer’s seemingly ancient, yet increasingly relevant, epic poem.

“You can't just think it's just me and Homer alone together, you know,” Wilson said. There's always multiple other people involved in that relationship.”