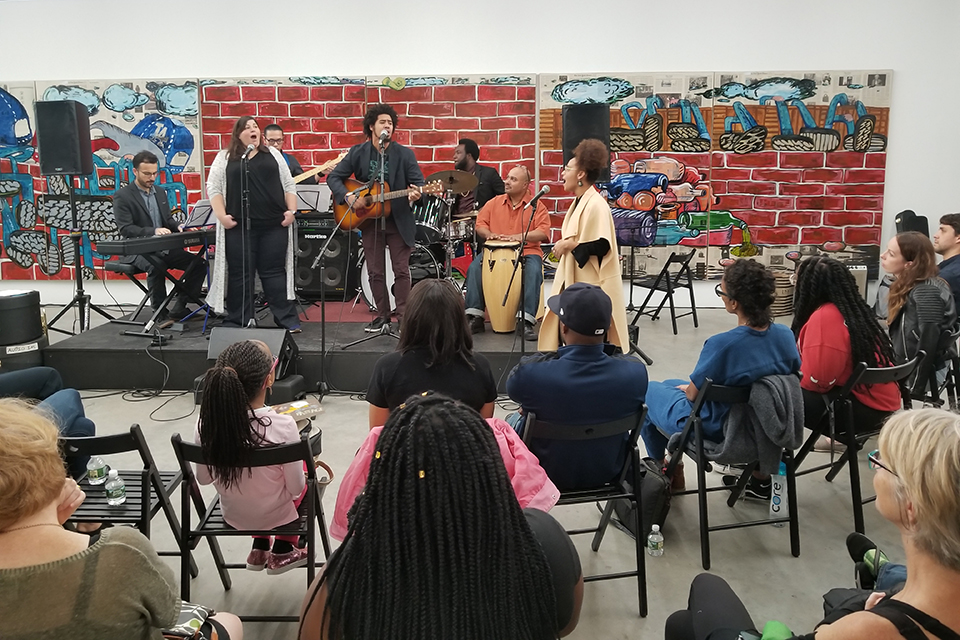 The event featured music, poetry, and photography from the new June Jordan Fellows, as well as an exhibit by incarcerated women.

The Center for Justice at Columbia University commemorated the work of the inaugural class of the June Jordan Fellowship at the Gavin Brown Enterprise in Harlem earlier this month.

The fellowship is named for June Jordan, a Harlem-born poet who used her art to promote social justice, and is funded by the William R. Kenan, Jr. Charitable Trust. It is awarded each year to artists dedicated to social justice to encourage open workshops hosted by those artists and Columbia faculty and community members. Fellowship recipients also contribute to the Columbia University Rikers Education Program.

“I was born in the Bronx, grew up in Yonkers, New York, and we just didn't have a lot of these kinds of arts opportunities up there,” Joshua Bennett, the founder of the June Jordan Fellowship, said. “So, I thought, let's build something uptown and let's collaborate with Columbia to do it and this is what came into being.”

The event highlighted the work of this year’s June Jordan Fellowship recipients, but was not limited to just their work. Community arts organizations from across the city were involved in the exhibits, performances, and workshops at the event as well.

Saviñón, who has held workshops for incarcerated women, displayed an exhibit titled “Never Known: Incarcerated,” which used photographs to show what it means for women to be incarcerated. By using 4- by-6-foot frames to hold pictures of women’s bodies, she aimed to visually demonstrate what it means to confine a physical being.

Nxumalo and two of his students performed a set of three songs that addressed the current political climate and what it means to live in it as a member of a marginalized community. One of his songs addressed President Donald Trump in an open letter and his final song, “What,” ended with him and the audience singing “I want my people to be free.”

Girmay recited a poem about a teacher who recieved a card from a student which contained an unintelligible word. The teacher read the word over and over again until she realized that the unintelligible word was just “love is for everybody.”

Along with the art of the June Jordan Fellows, there were poems, songs, and paintings by artists who participated in art workshops while they were incarcerated.

“It puts them in the conversation. … It’s the next best thing in lieu of physically bringing them into the space,” Nicole Delgadillo, one of the primary organizers for the event, said. 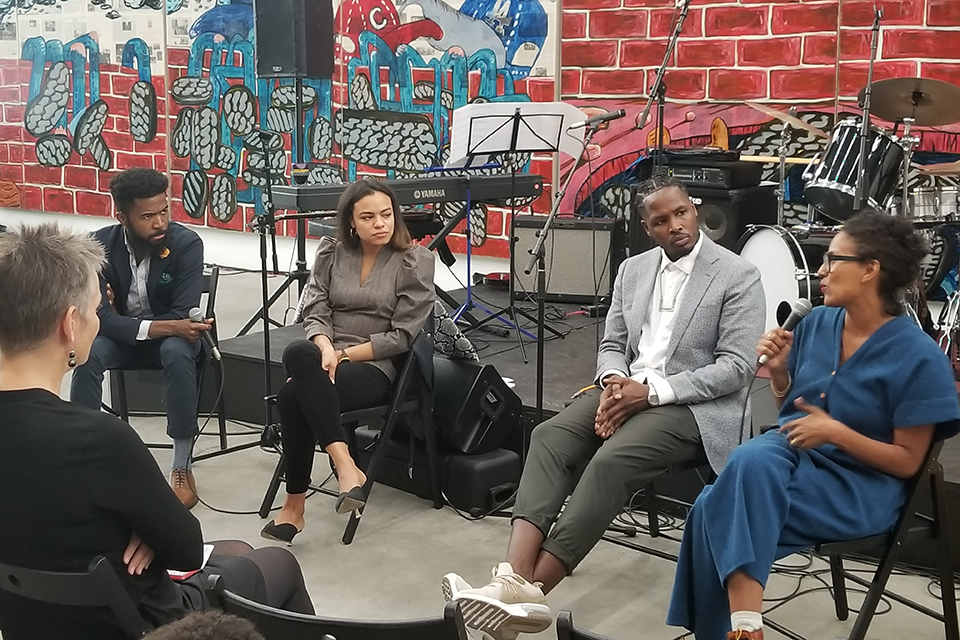 Courtesy of the Center for Justice at Columbia University
Director Dr. Joshua Bennett and June Jordan fellows share their experiences.

But what made this exhibit unique is that incarcerated women were able to choose the identity of student and artist themselves.

“The identity of an incarcerated individual is a given identity, and a dehumanizing identity,” said professor Geraldine Downey, director of research at the Center for Justice at Columbia University.

Downey and Delgadillo, who both teach classes for incarcerated individuals, both said that the art connects and cultivates empathy between people who would otherwise have very little to do with each other.

“These are very committed students. They want to get as much out of it as they can.” said Downey regarding both her Columbia students and her students at Rikers Island and Queensboro Correctional Facility.

Downey added that while Columbia students usually do not take their opportunities at the University for granted, the incarcerated students that she teaches are even more appreciative of the opportunity that they have to study with professors. 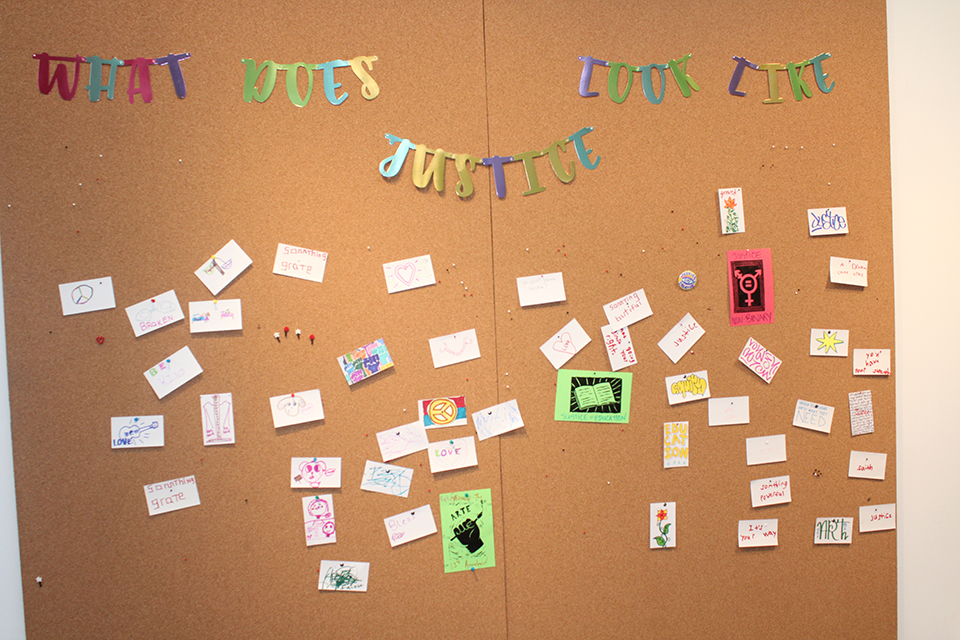 Courtesy of the Center for Justice at Columbia University
A bulletin board featured attendees' opinions on what justice meant.

If there was one theme that permeated the entire event, it was a blurring of lines between social groups. Columbia University is situated in the heart of the mass incarceration problem—over 50 percent of incarcerated Manhattan residents are from Harlem.

“Most people who live in Harlem will never get access to what happens at Columbia,” said Ivan Calaff, who is now a point person between the Center for Justice at Columbia University and the Carnegie Hall Musical Connections Program at Sing Sing Correctional Facility.

Calaff, who was released from Sing Sing less than three months ago, had his own life changed by the Carnegie Hall program.

“I had never played an instrument in my life,” Calaff said. “They’re amazing—they treat you like a human being. It’s changing the culture inside. Prison takes away this sense of agency. You feel like you can’t do anything, like you’re not good enough. What programs like this do is that they bring back this sense of agency.”

Calaff is now on the outside, but for those still inside, their voices were heard by the community they were taken from in poems, songs, and collages, reminding everyone that they were artists, thinkers, and most importantly, people.