Kosta Karakashyan, CC ’19, on his new dance documentary and the continued struggle of the LGBTQ community in Chechnya

Kosta Karakashyan, CC ’19, on his new dance documentary and the continued struggle of the LGBTQ community in Chechnya 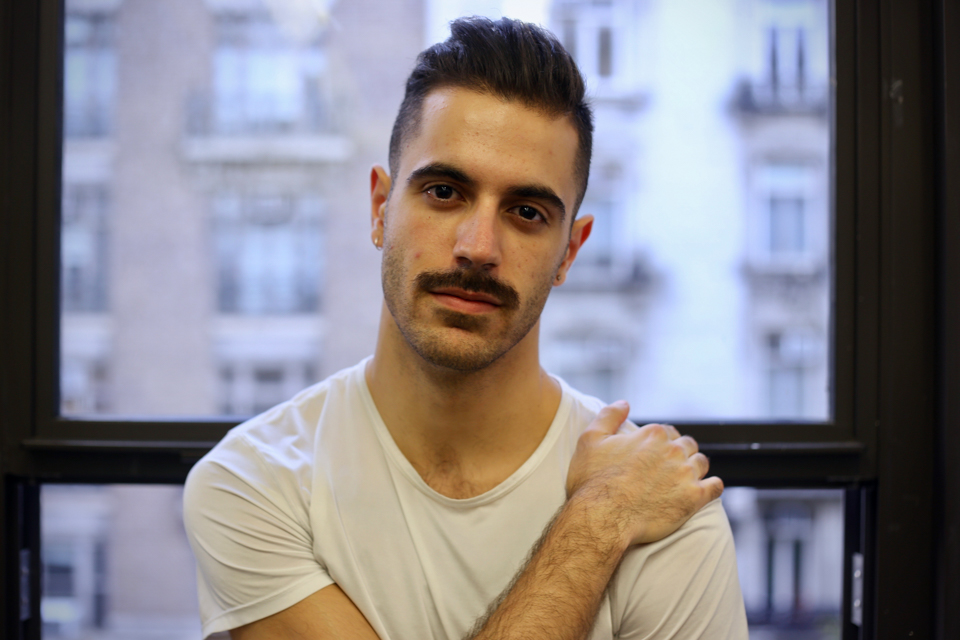 Karakashyan's documentary "Waiting for Color" highlights the ongoing struggle of gay men against the government’s anti-gay purges in the Russian province of Chechnya.

It was a lucky chance that Kosta Karakashyan, CC ’19, decided on Columbia. Nearly four years ago, when Karakashyan was applying to college in the U.K., he became frustrated by the application process.

“I’ve been dancing for 18 years, and I remember there wasn’t a place on the application to include that,” Karakashyan said. “And I thought, why would I go somewhere that they don’t even care about such a big part of my identity? So on a whim, I decided to apply to school here.”

His new documentary, “Waiting for Color,” is the culmination of 18 years of dance experience and highlights the ongoing struggle of gay men against the government’s anti-gay purges in the Russian province of Chechnya.

Since April 2017, multiple reports have surfaced that openly gay men in Chechnya have been forced by government officials into concentration camps, while others have been murdered in extrajudicial killings. A number of international LGBTQ and human rights organizations have sounded the alarm, leading countries like the United States and Germany to publicly condemn the actions of Chechnya. For Karakashyan, this issue could not get enough coverage.

“I remember reading it and being like, ‘Oh everyone should know about this, but not everyone will go on their website and read through this really dense report.’ How could we spread this information and make sure that these first hand stories are told and people know about what is going on?” Karakashyan said.

The answer was a unique blend of film and dance. In his new documentary, Karakashyan performs a visceral modern dance drama while the real-life testimonials of arrest, torture, and blackmail in Chechnya play in the background. Karakashyan’s performance responds to these chilling stories.

“The movement is just kind of generated in the studio [by] playing [with] those ideas and seeing where my body wants to go. It was a pretty organic process,” Karakashyan said. 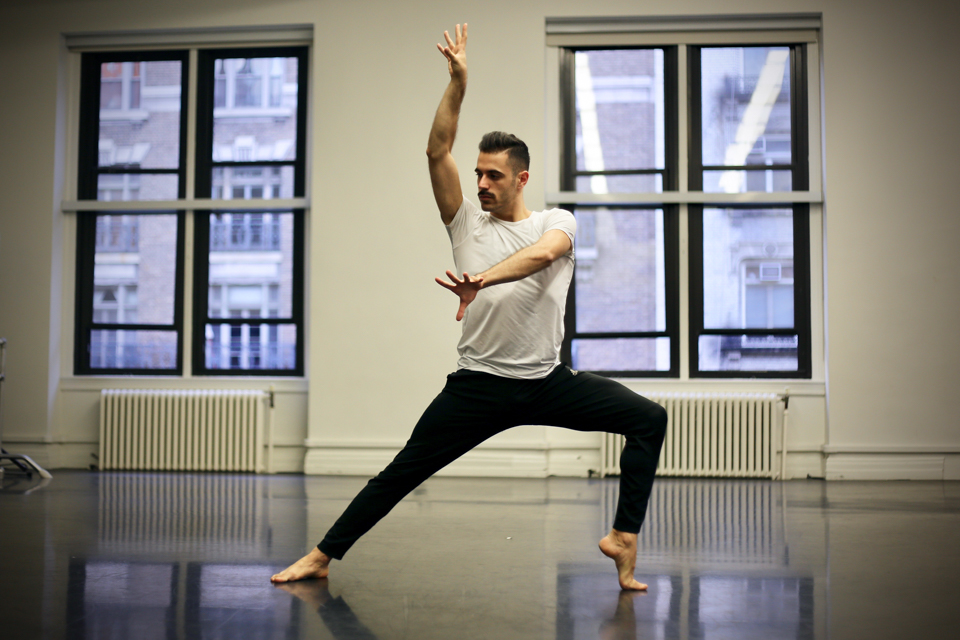 The new documentary, Karakashyan’s first, was not produced without its fair share of challenges. The location used for the documentary is a third-floor abandoned factory warehouse in Brooklyn. The aesthetic of the room is perfect for reinforcing the grim themes presented in the documentary, but Karakashyan and his team weren’t actually allowed to be there.

On their last visit to the site, Karakashyan and his team found themselves trying to avoid being reported for trespassing just to finish filming.

“It was me, the director of photography, the assistant director, and the assistant choreographer—and someone actually came in while we were shooting, so we ran and hid behind one of the pillars until they left. It was totally a guerilla—go in, shoot, go out—moment,” Karakashyan said.

Adding to that, the film was produced without a budget; however, Karakashyan and his team knew that the project didn’t need thousands of dollars to tell their story.

“I think it was such a personal and small scale project that it would not have benefited from a lot of extra bells and whistles. I think the emotional aspect of the story is so big that you don’t need a lot of production around it,” Karakashyan said.

Overall, the film’s reception has been a resounding success. The documentary received praise from Them magazine, an LGBTQ outlet owned by Condé Nast. The film was also featured on the Russian LGBT Network website, the same website that published the initial reports of the human rights crisis in Chechnya in 2017.

“They said that the video was a perfect portrayal of their experience,” Karakashyan said. “You know, when you’re doing it, you take some creative liberty, so that was really reaffirming to hear. My hope is that having this visual material, different organization[s] can use it to demonstrate their work or the need for their work.”

Karakashyan’s documentary is an important voice for LGBTQ struggles in Chechnya and elsewhere; however, when asked, he still doesn’t necessarily see himself as an “activist.” For Karakashyan, it is an artist’s responsibility to comment on the world around them, in one subtle way or another.

“I consider myself an artist that does his due,” he said. “I get really annoyed nowadays when artists choose to divorce themselves from what’s going on. You don’t have to be explicitly addressing politics to make political or social art.”

This form of political speech does not come without its consequences. After the first reports of concentration camps in Chechnya were published in 2017 in the Novaya Gazeta, a Russian language opposition newspaper, the journalist responsible went into hiding, and there have been calls in Chechnya for reprisals against journalists who report on the subject.

Karakashyan knew that he had the opportunity to make this documentary at a time when others couldn’t.

“Of course, I have a position of privilege being here in the U.S. For me, this project was sort of a watershed moment of using my voice for advocacy because it’s taken me a long time to be comfortable with who I am, to put something out so publicly,” he said.

Upcoming projects for Karakashyan include choreographing a dance quartet about anxiety and friendship with the Columbia Ballet Collaborative, working with the National Culture Fund of Bulgaria on a site-specific dance film at 13 locations in Bulgaria, and a number of other smaller film and music video projects.

“I think my problem is saying ‘no’ to projects right now,” Karakashyan said with a laugh. “It’s gotten to a point where it’s a little overwhelming at the moment—which is a good problem to have, of course. But I’m now trying to roll out everything that is in development so that I can start next year fresh.”