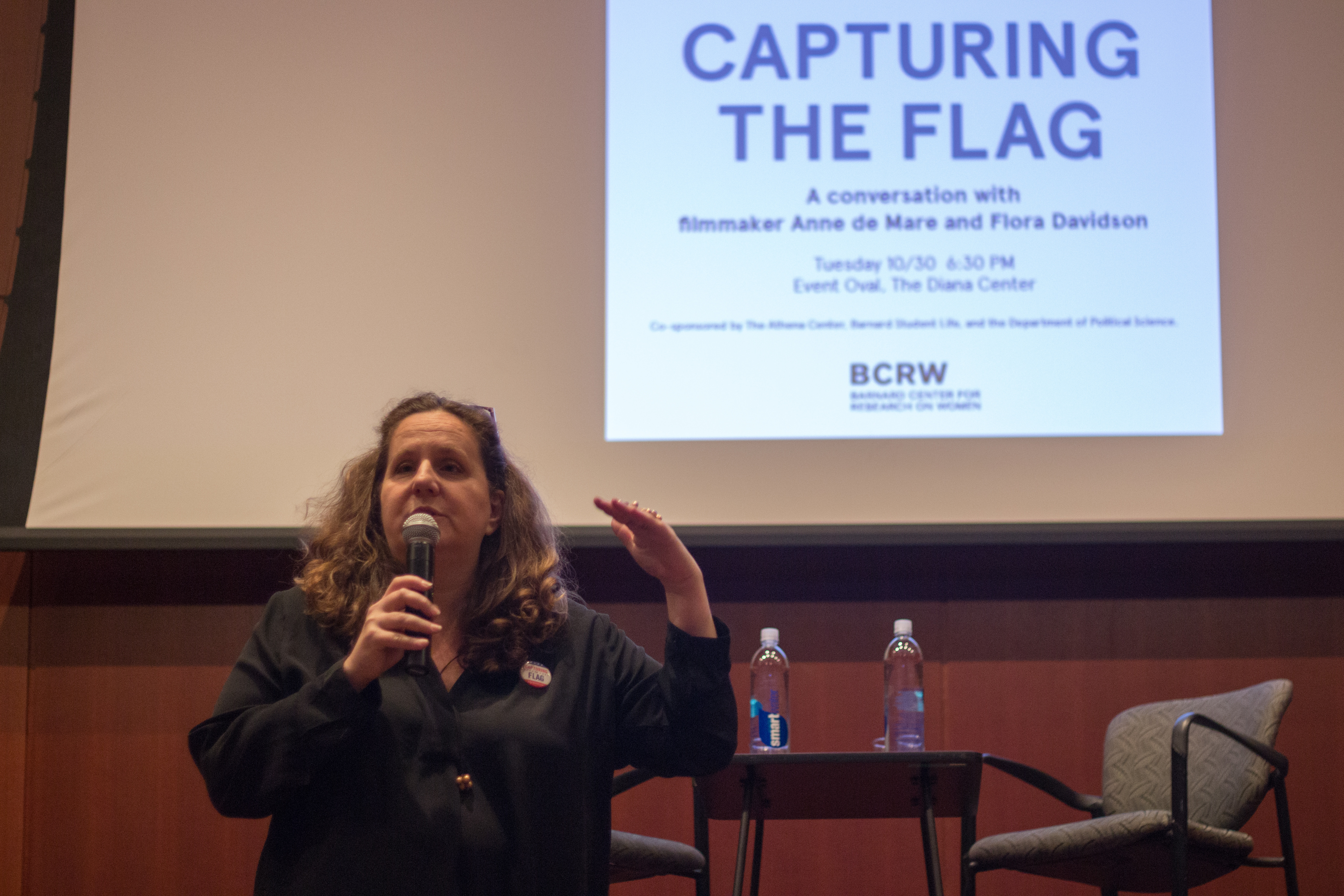 “Capturing the Flag,” a new documentary by Anne de Marre, was screened Tuesday evening at the Event Oval of the Diana Center, followed by a discussion between the film’s director Anne de Marre, and Flora S. Davidson, professor emerita of political science and urban studies.

The film tells a story about voter suppression through the perspective of four volunteers involved in the 2016 presidential election, beginning three months before Election Day in New York City. Two of the protagonists, Laverne Berry and Steve Miller, are longtime friends and practicing attorneys who have been volunteering as poll observers and helping voters navigate elections since 2008.

When the pair are joined by two friends to travel to North Carolina in order to volunteer outside of polling places, they encounter the difficulty involved in keeping track of voting laws, which the film explains are made on a state-by-state basis and are changed frequently.

The 2016 election was the first election to take place after Shelby County v. Holder, the 2013 Supreme Court ruling that dismantled two critical sections of the 1965 Voting Rights Act. This ruling allowed states and certain counties to pass new voting regulations without federal clearance.

De Marre was blunt in expressing concern with the state of voting in 2018.

Berry explained in the documentary what the ruling meant for North Carolina. There were 158 fewer voting locations in North Carolina for the 2016 election. A majority of those places were located in primarily black or low-income districts. Over 4,500 registered citizens had their names removed from the voter roll for a variety of reasons, including DMV miscommunication, absentee ballot errors, or address registration mistakes.

The film captured what these purges looked like on Election Day through the stories of purged voters, who were told to submit provisional ballots to be reviewed by the Board of Elections and considered for inclusion to the total count after the election was over. In the end, just one third of these provisional votes counted towards the election.

At 5 a.m. on Election Day, Miller, Berry, Wright and Trista split up and went to their assigned voting locations. Volunteers were met with difficulties throughout the day. Voters became frustrated enough that many left without casting a ballot. One location, which saw 1,200 voters on election day, processed just 598 ballots.

After polls closed, the documentary turned to a hotel room shared by the volunteers as they watched the results come through. Members of the audience reacted audibly to this scene with both gasps and some laughter. De Marre recognized how difficult the scene is.

“That scene was the most controversial scene in the process of editing the film. [The production team] felt it made the film into a partisan argument. They thought it presented too much partisanship into a film that was about voting rights,” de Marre said.

But de Marre doesn’t agree—she’s found that while touring with the film, people find the election night scene useful.

“We all live in that public discourse at that heightened place of where they were that night. If you go on social media, if you listen to the news, we’re all living in this extreme place of really passionate reaction to whatever’s going on,” she added. “I think that scene is really important for all of us to kind of go through and come out the other end.”

The film ends back in New York a few months after the election when Miller and Berry continue to work for voters’ rights in North Carolina. The documentary concludes on a hopeful note, but one that issues a call for action for all U.S. citizens. Information about voting rights services and volunteer organizations were shown briefly before ending the film.

Davidson asked de Marre for the advice she has for people feeling discouraged by politics in the current moment.

“Voting is so important on a personal level to people,” de Marre answered. “This isn’t just about the winning and losing of elections, this is about the fundamental idea, ‘Are we actually governing ourselves?’ and ‘Are we insisting that we have the right to govern ourselves?’ That’s the lesson to me: to not despair and think that someone else is preventing it, but for us to step up and actually participate in the process.”