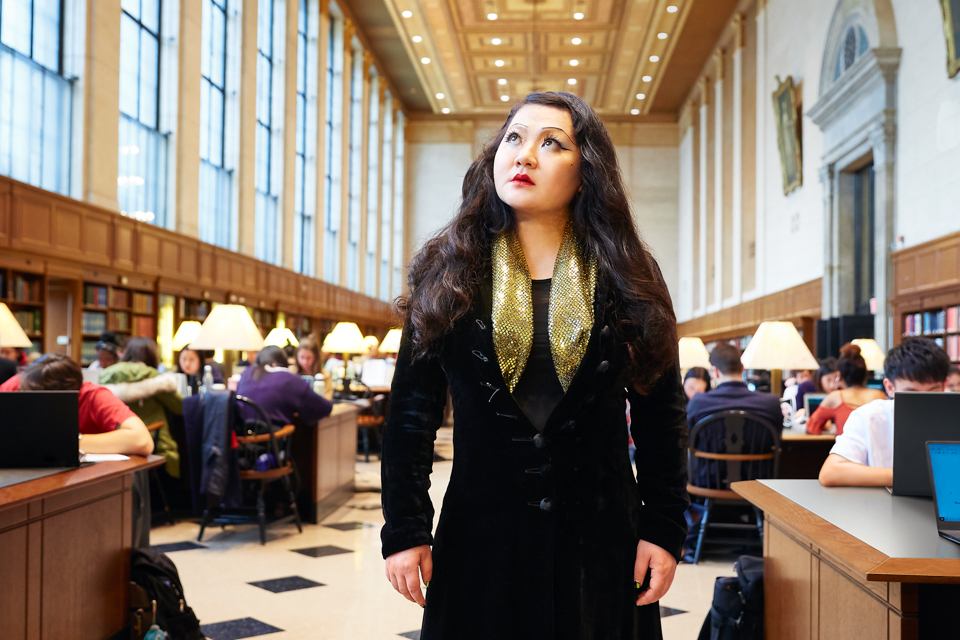 Du Yun won the 2017 Pulitzer Prize for Music for her opera "Angel's Bone."

The phrase “building blocks of music” can refer to rhythm, melody, dynamics, or any other fundamental characteristic of a musical work. Rarely, however, does that phrase mean actual blocks—Lego blocks, to be more exact.

At Miller Theatre on Thursday, composer Du Yun and the International Contemporary Ensemble performed a retrospective of Du Yun’s work that featured Lego 1-5, five solo works played by the ensemble musicians standing on actual blocks around the stage. The second half of the program featured two pieces by Du Yun with larger orchestrations. Du Yun has previously won the Pulitzer Prize for her opera “Angel’s Bone.”

Du Yun, who is a founding member of the ensemble, wrote some of the solos for the ensemble’s musicians. The composer and the musicians, prior to this concert, had already worked on these pieces together for a number of years, learning how the piece and performances mature over time. Du Yun and the ensemble are so close that in their early days working together, she even used to sleep on their couches overnight.

The concert began with “An Empty Garlic,” performed by flutist Claire Chase. Quiet, breathy, and ethereal, the program painted it as a “quiet memoriam for a beloved friend.” Du Yun based the piece on the sarabande from Bach’s “Partita in A Minor” and one of Rumi’s poems.

Each of the Lego solos flowed seamlessly into the other, allowing one piece to build upon the one before, like Lego blocks. “An Empty Garlic” became “Ixtab, 10pm”, a bassoon piece that gave the soloist room to improvise against pre-recorded organ music and Icelandic folk tunes.

All the pieces used instruments unconventionally. Du Yun attributes this creativity to the ensemble. Because she has been working with the group for so long, she knows that a saxophone can turn into a percussion instrument, a bassoon does not need a reed to make sounds, and that an entire orchestra can play music using only their voice boxes.

Many of the works featured, including a violin solo based on Vedic Sanskrit texts and a cello piece based on the zinc oxide found in women’s cosmetics, highlighted Du Yun’s artistic process that seeks to alter existing ideas and traditions, never quite tearing them down but rather building upon them.

The program notes attributed Du Yun’s passion for taking the traditional, be it Chinese opera or Bach, and repurposing it into something different to her immigrant identity. “What counts as familiar is always relative” when one is an immigrant. This idea infused the entire performance, right down to Du Yun’s costume for the evening, which resembled costumes usually seen in Chinese opera, but upon closer inspection, actually featured the entire female reproductive system on the sash across her waist.

The concert ended with “Impeccable Quake,” which the ensemble opened by whispering and concluded with a final scream. This piece, which Du Yun started as an undergraduate at Oberlin, is perhaps a good metaphor for Du Yun’s own journey.