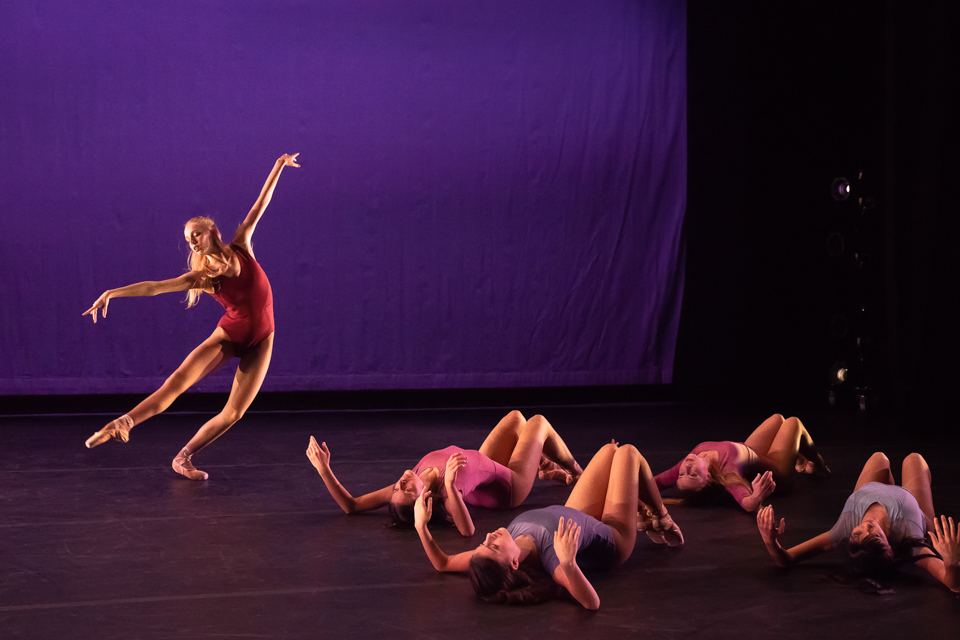 CBC featured the work of six New York-based choreographers in their fall showcase.

The performance included the work of six New York-based choreographers and featured 30 dancers from across all four undergraduate colleges and the Graduate School of Arts and Sciences. Many of the dancers, half of whom are students at the School of General Studies, have experience as professional dancers around the world. The dances included a wide range of choreography, from classical to more contemporary ballet, but each showed an attention to technical and artistic detail.

Eryn Renee Young’s “Voyager I” was fast-paced and technically difficult but beautifully executed by seven dancers, whose synchronicity amplified the energy of Young’s choreography.

Collaboration between dancers and choreographer was especially important to Zhong-Jing Fang’s piece, “Where We Go.” Text by three of Fang’s five dancers was played over the classical score, with empowering sentences about growing into and finding one’s strength. Fang used her expertise as a soloist for the American Ballet Theatre to create this powerful and hopeful dance.

Student composer Simon Broucke, CC ’19, created the score for Emily Schoen’s choreography. The five-person dance, “it starts with one,” was contemporary and filled with a raw emotional tension that paired well with Broucke’s layered electronic score. The score also featured a violin track, which was recorded by Jason Shu, CC ’19.

Saskia Randle, BC ’19, Artistic Director of CBC, was excited about honoring the group’s mission of fostering collaboration between University members and New York City professionals.

“This semester, we’re excited to be pairing with two composers from the music composition department,” Randall said in reference to Icarus and Broucke’s original scores. “In the future, I would like to do more collaborations with the composition department, maybe eventually do something that’s all new scores and new pieces.”

CBC’s fall performances created a space for audience members to witness the talent and dedication that is abundant at Columbia and all over New York City.