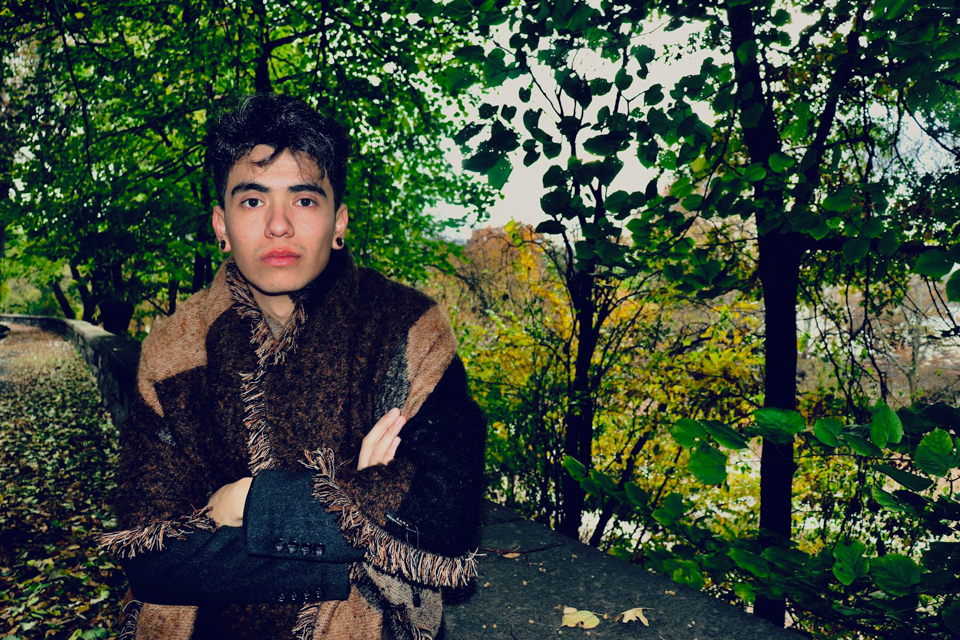 Christian Cruz Godoy, SEAS ’20, launched his label Uni-ke (pronounced unique) in order to address issues of accessibility in the arts to low income and undocumented communities.

The fashion industry is notorious for its high barriers to entry, and disadvantaged communities often lack access to knowledge of its inner workings. Christian Cruz Godoy, SEAS ’20, has taken on this issue by founding his own label, Uni-ke. Uni-ke aims to bridge the gap between low-income communities and the fashion industry by providing a creative platform for low-income youth to convey their artistic visions.

Despite launching only a few weeks ago, Uni-ke (pronounced “unique”) already has a small cohort of designers from all over the country, ranging from the Bronx to South Central L.A.. Godoy selects Uni-ke artists through an application process which prioritizes life experience, enthusiasm, and sincerity. According to Godoy, ideal candidates embody Uni-ke’s vision and have a passion for creativity and telling their stories.

Godoy himself is deeply invested in Uni-ke’s mission—he designed the company based off his own life and childhood. When Godoy was five, he and his family immigrated from Mexico to California. He grew up in a low-income household and found himself in a community with few creative resources.

Godoy’s first experience with art while living in California was with graffiti, but he came to believe that his creativity could be channeled more constructively.

“What got me into art was graffiti,” Godoy said. “That showed me that there’s a certain lack of opportunity in low-income communities to just get involved in art in a productive way that’s not destructive.”

Fast-forward to his first and sophomore years at Columbia, where Godoy found himself frustrated with the lack of opportunity for creative, low-income students on Columbia’s campus. Deciding to proactively funnel this frustration, Godoy used his experience in political activism as a starting point to craft what would eventually become Uni-ke.

“I was really involved in activism for undocumented youth, and that made me realize the beauty of a collective, people coming together for one purpose and wanting to produce and carry a vision forward,” Godoy said. “I essentially took everything I learned from that, and wanted to give people an economic opportunity. This is all about low-income youth, undocumented youth that really don’t have that gateway.”

For Godoy, this “gateway” can be brought to light with artistic expression. According to Godoy, one of the driving motivations for Uni-ke’s creation was to benefit both the artist’s work and the artists themselves.

“[The artist’s work] benefits because it comes from the most sincere place, the deepest intrinsic essence of an individual,” Godoy said. “And of course, the individual themselves would benefit from art because they finally have that outlet. They can express themselves, they can feel heard, they can feel like somebody is paying attention to them, that somebody recognizes their value.”

“If you’re low-income and you want to be creative, it’s not that easy. It’s safer to just go into a job that’s gonna pay well than to follow a true passion,” Godoy said.

Godoy believes that Columbia’s campus culture emphasizes the importance of fields like finance and technology over creative ones, potentially hindering the future of creativity on campus.

“One day I will be able to provide my people with opportunities and heal that damage that American imperialism has caused in the last 100 years,” Godoy said. “But also give people here in the U.S. that grew up in circumstances like I did an opportunity as well.”