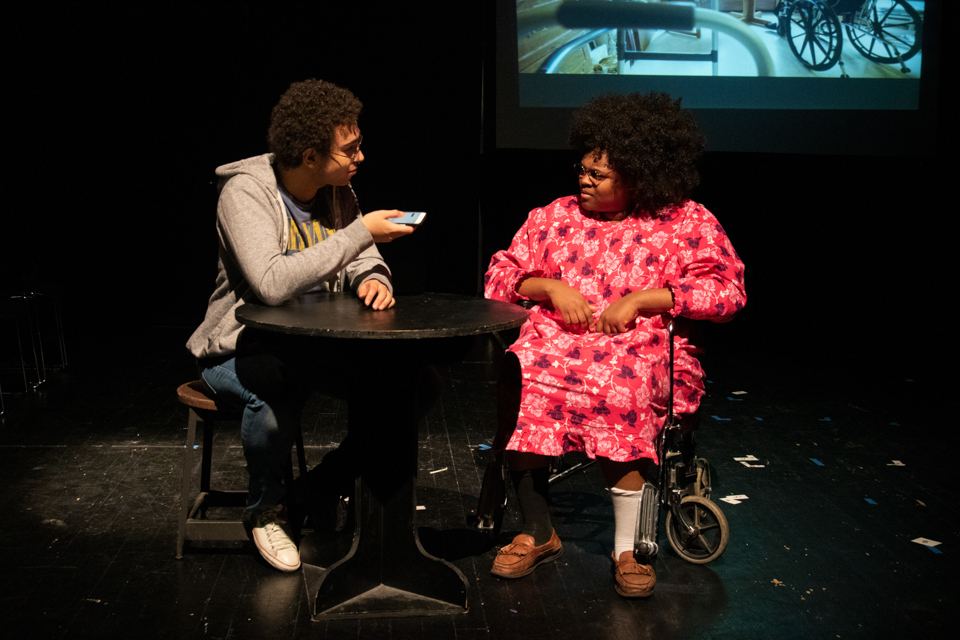 “Bootycandy,” is a series of loosely connected shorts based on the life of the original director and playwright Robert O'Hara.

The Black Theatre Ensemble gave an outstanding performance of “Bootycandy” by Robert O’Hara this weekend, courting audience applause after almost every scene.

The mission of BTE is “to promote minority playwrights and actors,” developing a diverse environment for theater on Columbia’s campus, according to their website.

“Bootycandy,” which was performed in Lerner Black Box Theater from Dec. 7 through Dec. 9, is a series of loosely connected shorts based on the life of the original director and playwright O’Hara, who is known for works that explore his identity as a black and gay man.

BTE’s production was directed by Lucas Gomes, CC ’20, who was also featured as a semi-recurring figure, Sutter, in a majority of the skits. Sutter was written as a stand-in for O’Hara, adding another layer to the show as Gomes served both as a director and a character in the skit.

The play continues this complication of theater with reality. For instance, the sixth scene of “Bootycandy” reconfigures the previous five skits: Instead of each being a disconnected and independent scene, they are revealed to have been the works of different (fictional) black playwrights, played by actors in the sixth skit. Each one of these playwrights then reflects on their piece for a white moderator, with racial tension rising to the surface.

In another skit, “Last Gay Play,” the cast turns against Sutter, declaring that the play is disgustingly self-serving and deciding to skip the next scene. This event is entirely within the script that O’Hara wrote, but comes across as an organic reaction to the content of the skit, which was mature in nature.

This larger structure of the play may seem difficult to digest, but it echoed the experiences of Sutter and O’Hara–how life as a gay, black man can be complicated and difficult to navigate.

This theme persisted across every scene, with some skits like “Dreamin’ In Church” and “Ceremony,” being particularly candid with their expressions of homosexuality and humor.

“Dreamin’ In Church,” Farrell Garcon, CC ’21, portrayed Reverend Benson, a cross-dressing preacher who opens his house of God to everyone in a captivating sermon. Garcon delivered every line with expert gravitas, earning applause for such a powerful performance.

Meanwhile, “Ceremony” offered the hilarious interaction between a soon-to-be separated lesbian couple as they take back their commitment vows and exchange insults. The dynamic between Donita Session, CC ’19, and Michelle DiMaggio-Potter, CC ’20, was astounding, with each trying to outdo the other with name-calling and bitterness. The spite and hatred was so perfectly interlaced with the wedding-like ceremony that it left the audience breathless from so much laughter.

One of the few limitations of the production was the stage. Lerner Black Box did not offer a lot of room for elaborate stage decoration, and though the cast and crew changed the set as best they could between scenes, it left the audience wanting more. To address this, the projection screen at the back of the stage changed images depending on the context of the scene. This attempt was interesting, but was a little lackluster in execution, as the generic selection of background images did little justice to an otherwise outstanding production.

The Black Theatre Ensemble brought its absolute best: an outstanding testament to a witty script with excellent delivery. “Bootycandy” was a hilariously good time and a sweet treat for anyone looking for a laugh.