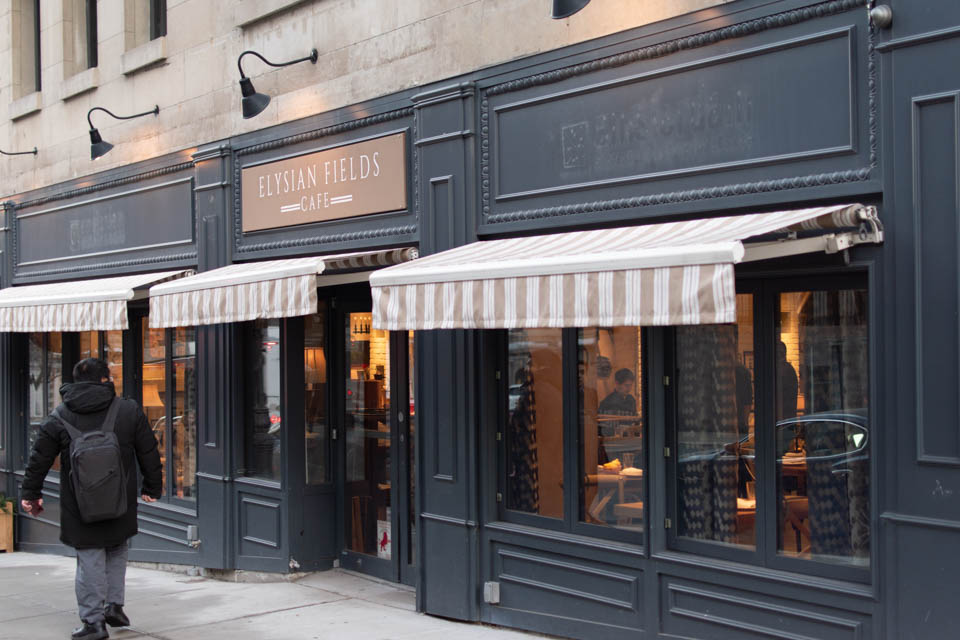 Elysian Fields Café is located on Amsterdam Avenue, between 119th and 120th Streets.

Inside Elysian Fields Café, an eclectic collection of furnishings straight out of a Crate and Barrel catalogue gives the space a homey ambiance. Don’t be fooled, though; a continuous playlist of fist-pumping techno music reminds patrons that this Mediterranean restaurant wants to be hip.

Elysian Fields Café opened its doors in early January, just in time for the new semester. Located on 1207 Amsterdam Avenue, between 119th and 120th Streets, the new restaurant promises to be a convenient option for Columbia students and local residents, the Mediterranean cousin to Community Food & Juice on the other side of campus.

Co-owner Georgia Dumas was inspired by her family’s success as restauranteurs in Greece. Dumas and her business partner Stavros Aktipis took on the challenge of bringing Mediterranean flavors to Morningside Heights with the creation of Elysian Fields. Dumas and Aktipis also own and operate S&G Food Group LLC, under which they run several other eating establishments in and around New York and New Jersey.

A meal at Elysian Fields will run you upwards of $25, drinks not included. Mezedes, or small plates, vary in price from about $5-$16, and some large plates, like the Seafood Pasta, go for $23. The portions are generous, but be warned that a $12 salad from the menu will not fill you up. For college students on a budget, this is definitely a “special occasion” kind of place. 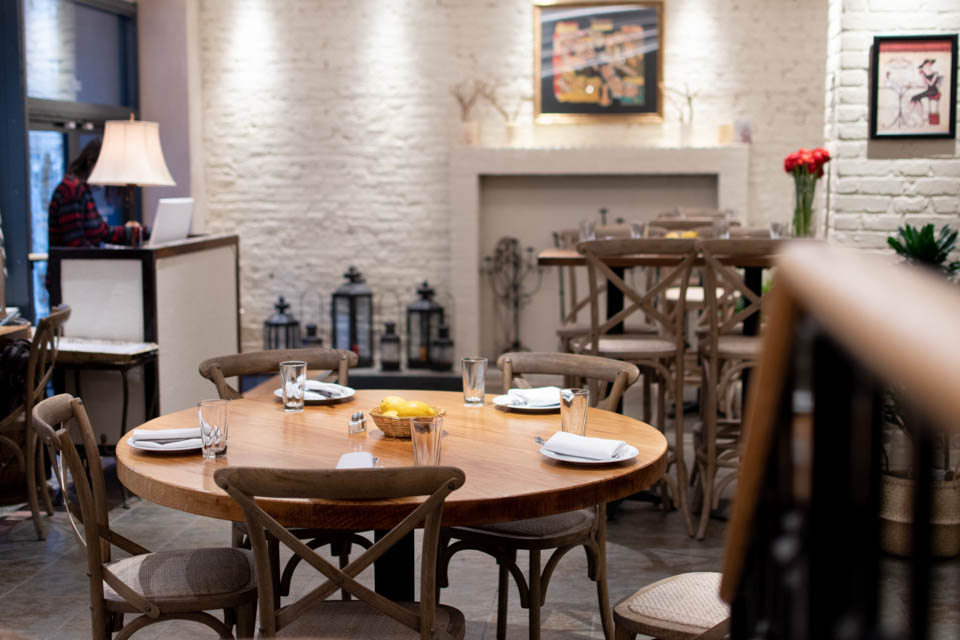 Arielle S
The eatery's interior has a homey ambiance.

That being said, the upscale menu has a wide range of options. Mezedes can be shared by the table with classic offerings like spanakopita and falafel. Grilled plates featuring dishes such as kebab or seafood platters, and pasta dishes, such as mushroom ravioli and pappardelle bolognese, provide heartier meals. The menu also features a variety of vegan and gluten-free options.

In addition to its extensive menu, Elysian Fields Café offers wine (including a complimentary glass of rosé for “ladies night” every Thursday), beer, and cocktails. A large private dining space in the basement, known as the “Apollo Room,” is available to be rented out for private events.

Elysian Fields Café is one of multiple retail spaces owned and rented out by Columbia University.

Lisa DiPinto, public relations director of the restaurant, hopes the eatery is embraced by the community. In discussing the menu’s inspiration, DiPinto remarked, “Food is always something that represents a feeling.”

For the sake of Elysian Fields Café, let’s hope it's a supernatural one.