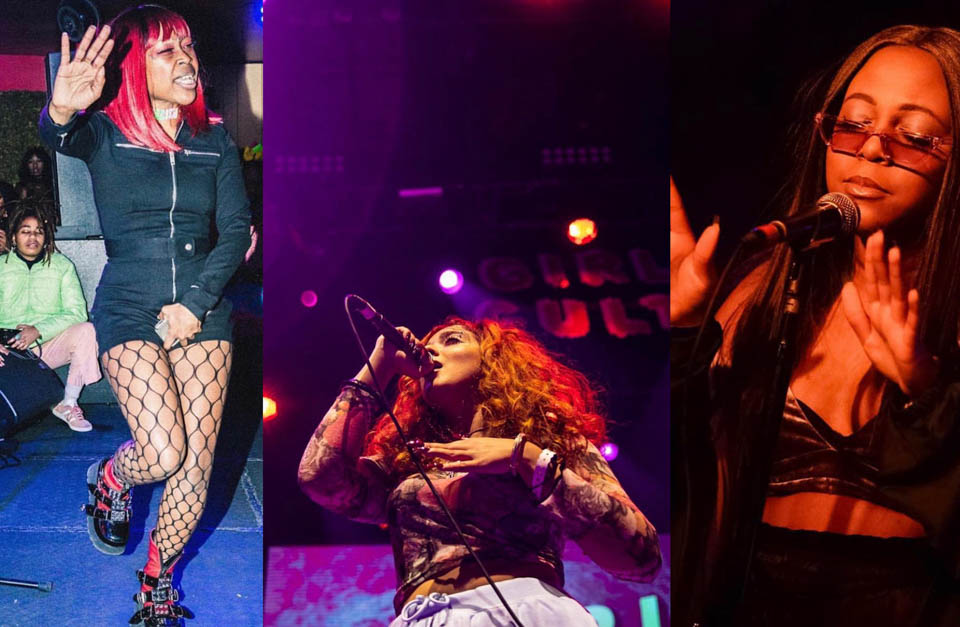 Students were ushered into the Diana Event Oval with glow sticks for Barnard’s annual singer-songwriter event Bold Brilliant Beats on Feb. 9. The glow sticks equipped the audience with a way to connect with the artists during the concert.

Two community assistants at Barnard student life, Em He, BC ’21, and Nadira Amaris, BC ’21, said that their main goal was to “find people from nondominant identities, diversify the music interests beyond rap, and to cater to the interests of the Barnard community.”

After performing, bay b. Bop (ft. wyLee) joined the audience, sharing the dance floor with her fellow Barnard and Columbia students. The floor flooded with more students in preparation for the arrival of rapper BbyMutha.

BbyMutha brought beats, passion, and strong verse to the stage. When asked about the effect of her music on the black community and specifically performing during Black History Month, in an interview with Spectator, BbyMutha said, “I play music because I like to play music; I perform because I like to perform; I create because it is literally keeping me alive. I don’t have the luxury to think, ‘it’s Black History Month.’ It’s kind of like survival right now.”

Upon BbyMutha’s departure, a noticeable amount of guests left the theater. Despite this, Dounia took the stage with R&B and connected deeply with her audience.

Dounia writes songs to delve deeper into her identity as a Moroccan-American.

Not only was Dounia physically close to her audience, but she also made thoughtful and witty comments between her songs. Between her two first songs, Dounia said that “2019 is a year for peace and prosperity.” Sharing such an intention created a strong tie between the artist and her audience, allowing the audience to have access to not only her voice and music but also a part of her personality.

For the rest of her show, Dounia said that she was going to take the audience on an “emotional rollercoaster,” singing songs like “Hard Candy” that hone in on disagreements in relationships and the rough patches.

Beyond communicating self-love and fostering a strong bond with her audience, Dounia expressed her gratefulness for the opportunity to perform at Barnard. At the end of her concert, she asked to take a video selfie with her audience. “These small moments are those I look most forward to,” she said.

Throughout the night, Barnard and Columbia students shuffled in and out of the theater to celebrate the musical accomplishments of these three resilient artists: bay b. Bop (ft. wyLee) juggles music with her academic life; BbyMutha finds solitude in her rap; and Dounia writes and performs music to spread a message of self-love. Students left having created close bonds with artists, their backgrounds, and the music community at large.

The celebration of Bold Brilliant Beats gets to the truth that artists do not create music in isolation. Rather, they thrive upon interacting and sharing moments with their audience that celebrate and value their backgrounds.

Correction: A previous version of this article contained several factual errors, including an incorrect spelling of the name of a student organizer and the misrepresentation of the identities of multiple artists in the performance. Spectator regrets these errors.