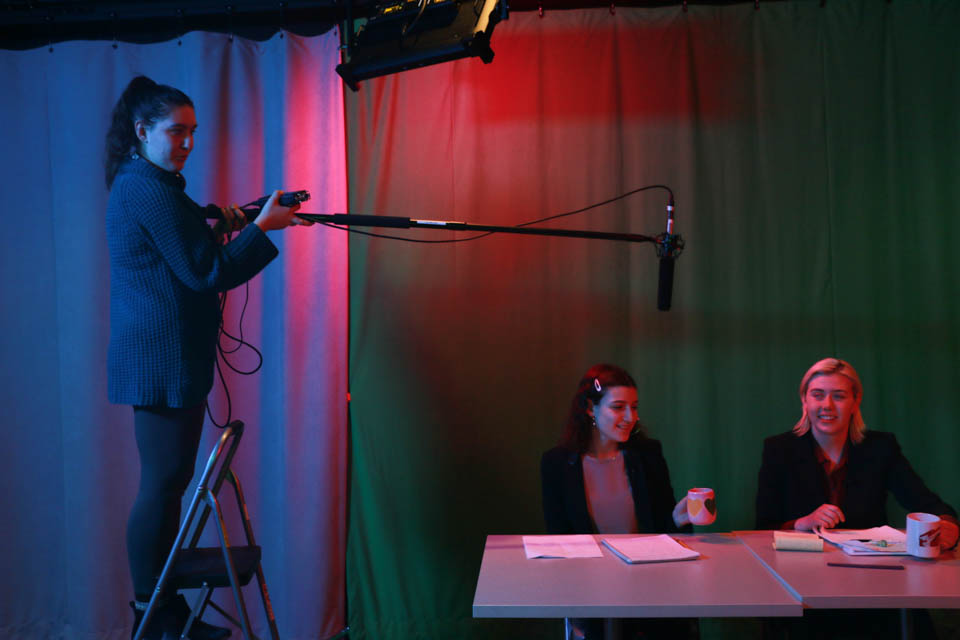 Student web-series "The 1 Train is Delayed" was started with the aim of giving students more production experience.

Hearing that the 1 train is delayed is an everyday occurence in the life of a Columbia student. Yet, “The 1 Train is Delayed,” an absurd student-produced web series, prides itself on its variety and atypicality.

The Barnard College Media Center launched the new web series, which features both musical guests and dark comedy, last week. The show is the brainchild of Ruby Mastrodimos, BC ’18, the first Media Center Post-Bac Fellow.

Mastrodimos proposed the idea, recruited students, and trained them in the fall of 2018. She currently functions as the show’s supervisor. The first episode premiered on the Media Center’s website on Feb. 4, with a premiere party in Sulzberger Parlor.

“It was supposed to be an initiative to get students a lot of production experience,” Mastrodimos said. “Something that there hasn't been a lot of at Columbia or Barnard at an institutional level. A lot of students are doing stuff on their own, but they don't really get support from the administration or from the film departments at both Barnard and Columbia.” 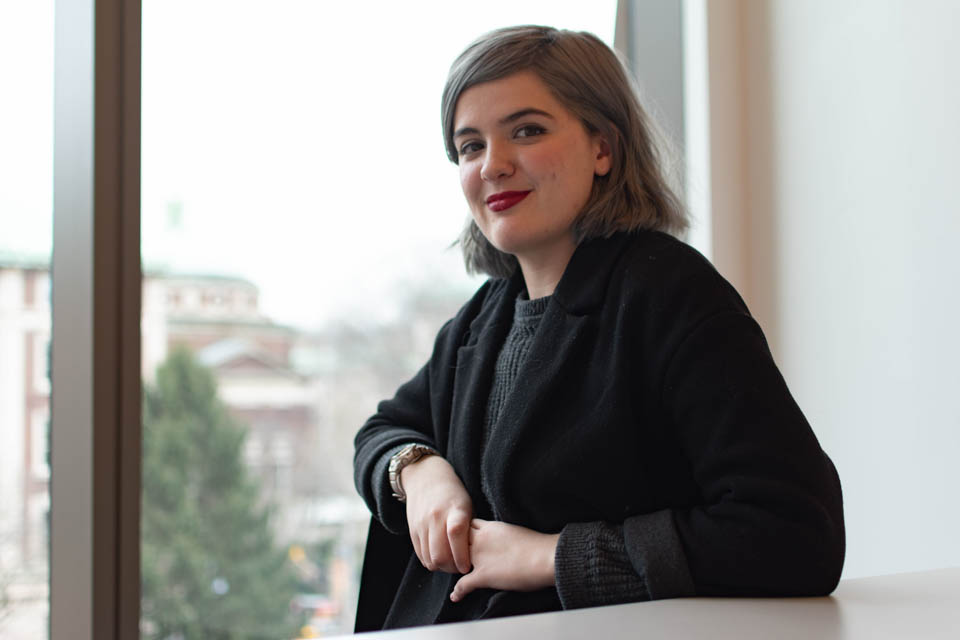 Arielle Shternfeld
The web-series is the brainchild of Ruby Mastrodimos, BC '18.

“A lot of them came in without any production experience whatsoever,” Mastrodimos said. “So we spent all of fall pretty much training and preparing, like I ran workshops with the cameras, with editing, with sounds, lighting, all that kind of stuff and they really ran with it.”

Kristin Arsenault, BC ’19, became the show’s head writer after approaching Mastrodimos when no other member wanted to fill the position. As head writer she manages the screenplay process.

“We meet once or twice a week depending on demand. We get together to discuss sketch ideas, we work out if people are stuck on them somewhere … and then we draft them and we bring them back for group discussion,” Arsenault said. “We perform them where we just have [writers] read them out. Then we give notes, give feedback, ways that we think that this sketch can be improved or just get really to the idea of the sketch.”

In addition to the script writing process, the mood and tone of the program is fully student-created and managed.

“We decided to stick to absurdist comedy,” said Jordan Panzier, BC ’22, a sketch writer for the first episode.

Panzier’s first contribution to the show was a sketch that depicted a student reacting so strongly to stress culture that it was the literal end of the world.

“We don't really want to control their content. We just want to make sure that it's tight and it's quality-wise ready to air but not necessarily censored,” Mastrodimos said.

After the script has been assembled in the writer’s room, it becomes the property of the student actors and directors. The premiere episode was co-directed by Rachael Su, BC ’22, and Renyi Qi, BC ’22, both of whom learned their craft from Mastrodimos’ training sessions.

“I've never directed before,” said Su. “I went to [workshops] on how to use Adobe Premiere Pro for editing, how to direct, how to prepare for the shoot, that is pre-production.”

The pre-production process for the first episode proved taxing for Su and Qi, as they had less than a week from receiving the final script to prepare for filming.

“On Monday we had a meeting with all the actors who volunteered to participate and that was a script readthrough and casting and rehearsal. Wednesday we met with the prop designer and the hair and makeup designer to talk about what we were hoping for for the day of the shot. And then Friday … we only had three hours to film everything,” said Su.

Regardless of the directors’ stress, the filming went on without major delay.

“We finally got on set last Friday and they really didn't need me for anything,” said Mastrodimos. “I was just there to help out if they needed an extra hand, but they were so on top of it and ... having a lot of fun.”