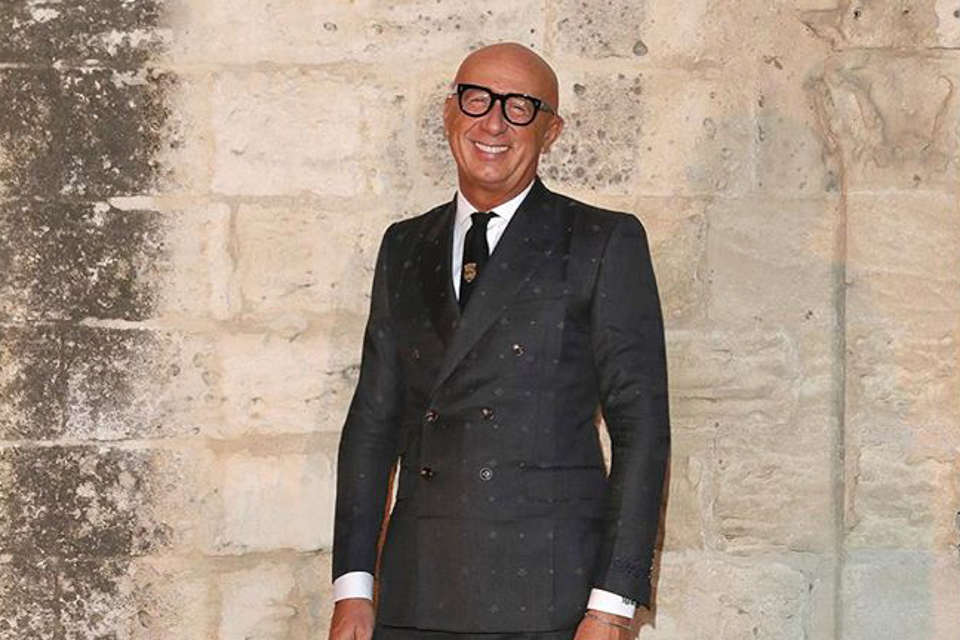 Gucci’s CEO, Marco Bizzarri, spoke candidly about everything from the brand’s recent blackface scandal to the revitalization of Gucci’s growth atop the luxury designer market.

“Oh you's a college gurl? Go be a Gucci gurl. Oh you's a Gucci fan? Let's go to Gucci Land,” and other lyrics of the eponymously named rapper Gucci Mane were brought to campus on Thursday in the form of their inspiration, the high fashion brand Gucci.

Gucci’s influence on popular culture, though the brand has recently come under some scrutiny, was explored as one whose reach is not limited to customers who can afford its garments at an event on Thursday night. It was hosted by the Columbia University Fashion Society and the Columbia Business School Retail & Luxury Goods Club.

The Italian high fashion brand faced harsh criticism following the online release of a balaclava sweater priced at $890 that resembled blackface in early February during the first week of Black History Month.

After showing a corporate video that highlighted the company’s inclusive culture of positive social impact, Bizzarri did not avoid the controversy that hurt the brand’s image during New York Fashion Week. The company has since apologized, following calls for a boycott from prominent director Spike Lee and rappers T.I. and 50 Cent.

“It was a mistake,” Bizzarri said. “What happened was completely unexpected. And this is mainly due to the fact that despite all the efforts that we’ve made in the last four years in order to create diversity in the company, foster inclusitity, and all the rest, I think there is still a lot of ignorance in the company and the fashion industry about cultural differences.”

Gucci’s use of blackface was not the first of cultural and racial insensitivities in the fashion world recently. In December, Prada withdrew a series of products depicting monkey figurines with large red lips, and last week, Katy Perry’s fashion line removed shoes from stores following accusations of racist caricatures. Similar scandals have also emerged in the political sphere, most recently with Governor Ralph Northam and Attorney General Mark Herring of Virginia admitting to appearing in blackface costumes.

The resurfacing of blackface in media discourse has forced Gucci and others to address a lack of institutional diversity that is often stressed as an underlying cause for racial insensitivity. Bizzarri spent time in Harlem on Thursday before coming to campus, meeting with prominent African-American designer Dapper Dan and community members before announcing Friday the brand’s plan to expand diversity hirings as well as cultivate cultural awareness at the corporate level.

The CEO hinted at such plans while talking with students, discussing the broader issue facing the fashion industry.

“If you work, especially in our industry, where you push boundaries, you want to innovate, you want to create, by definition at a certain point you are going to have a weak angle. But you need to do everything you can to avoid that through processes to help more people from diverse cultures into the company at every level,” Bizzarri said.

Following Bizzarri’s remarks on the blackface scandal, the focus of the evening shifted to the CEO’s success in bringing Gucci to the forefront of the high fashion industry, fostering the greatest growth of any luxury fashion brand in 2018.

Bizzarri credited the brand’s recent success to the newly appointed creative director, Alessandro Michele, who has made efforts to open a collaborative form of creativity in the design process, which Bizzarri sees as consistent with the new efforts to diversify the company.

Though immediately uncertain how the recent scandal will impact the remainder of the brand’s year, Gucci is optimistic that its new initiatives will foster inclusivity at a corporate level while restrengthening public belief in its designs.