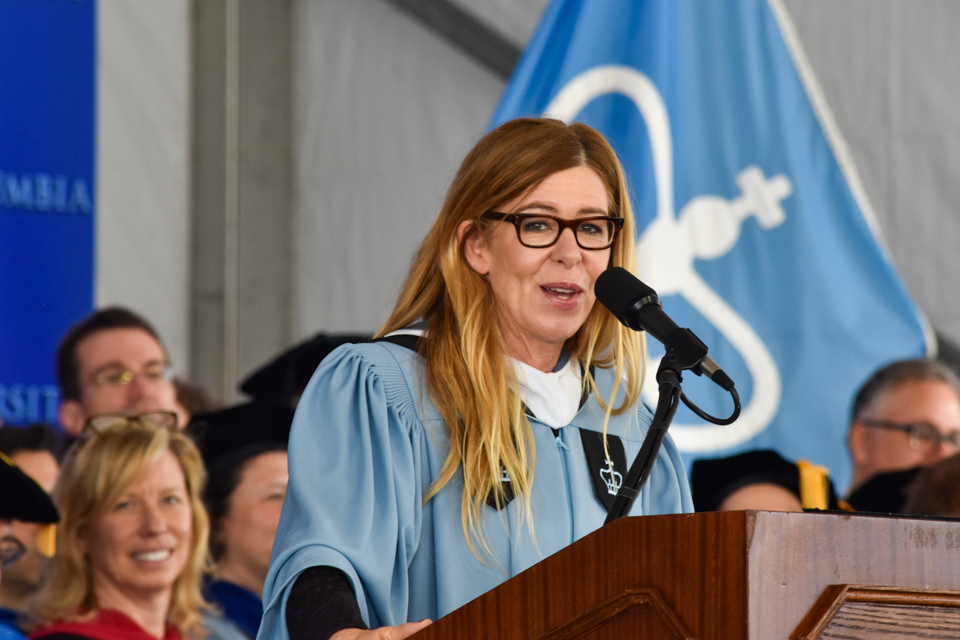 Columbia alumni were recognized for their accomplishments in film and took home several golden statues at the 2019 Academy Awards hosted last night at the Dolby Theatre in Los Angeles.

Green Book, directed and co-written by Peter Farrelly, SoA ’86, won three of its five nominations, including the coveted Best Picture award at the end of the night. It was Farrelly’s second win of the evening, as he also took home the award for Best Original Screenplay. The film received additional recognition in the Best Supporting Actor category, where actor Mahershala Ali won his second Oscar.

Producer Dede Gardner, CC ’90, who spoke at last year’s Columbia College class day, saw two of her films recognized at this year’s ceremony. If Beale Street Could Talk, which Gardner co-produced, won the night’s first award for Best Supporting Actress, given to Regina King. The film received additional nominations in the Best Adapted Screenplay and Best Original Music Score categories. Gardner was also nominated in the Best Picture category as a co-producer of Vice, which received eight nominations in total and a win in the Best Makeup and Hairstyling category.

Alumni films were also nominated in several other categories including Best Actor and Best Animated Feature. Notably, RBG, a documentary about Ruth Bader Ginsburg, Law ’59, directed and produced by Julie Cohen, Journalism ’89, and Betsy West, a professor at the Columbia School of Journalism, was recognized with nominations for Best Documentary Feature and Best Original Song.

Additional wins for Best Actress and Best Documentary Short were secured by Olivia Colman in The Favourite and Rayka Zehtabchi and Melissa Berton for Period. End of Sentence, respectively. Both films will be screened at Barnard’s Athena Film Festival this weekend.