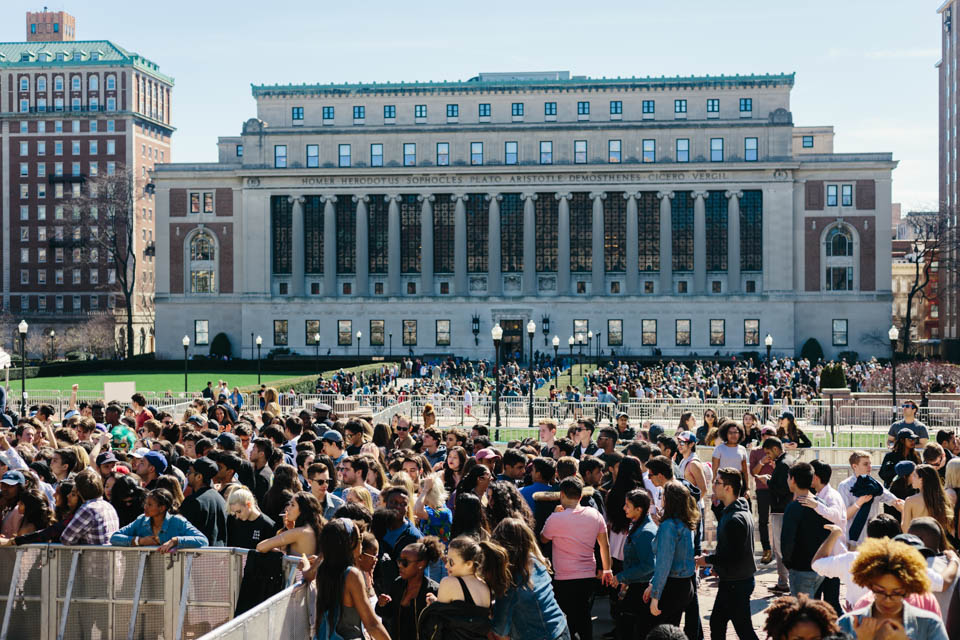 The Bacchanal Committee has yet to announce the concert's headliner.

With less than two weeks to go until Columbia’s annual Bacchanal concert, the Bacchanal Committee announced that there is still no headliner.

Slated to be announced this evening at the Committee’s first-ever press conference in Lerner Hall, the group instead announced that a performer is pending due to contract violations. The title of this year’s concert, which will take place on Low Steps on April 6, is “Bacchanal is Canceled.”

The Committee announced that an unnamed sports media group on campus had posted content which led to violations in the original non-disclosure agreement with the headliner. The announcement was met with gasps from students in the audience, and the Bacchanal Committee later posted the news on its Instagram account. Students commented on the Instagram post expressing confusion and frustration in response to the announcement.

A series of new partnerships and initiatives were also unveiled by the committee, including one with the Rolling Loud Festival, the largest hip-hop festival in the world. The festival will assist the Bacchanal Committee with the planning and booking phases of the spring concert.

This year will also see the launch of the “Bacchanal Black Box” series, which will bring up-and-coming artists to campus for performances and discussions starting in the fall, giving Columbia students more opportunities to attend concerts throughout the school year.

Opening for this year’s lineup is multitalented DJ and rapper Oswald Fresh, who was declared the student headliner after winning Bacchanal’s Battle of the Bands competition in February.

Last year’s concert featured headliner Ty Dolla $ign, a singer and rapper known for his hit songs “Or Nah,” “Blasé,” and “Paranoid,” along with Kamaiyah, St. Beauty, and Soul for Youth, the student opener.

Tickets will be available to students starting March 27. At the press conference, the first 50 people to arrive received free Early Bird tickets to the event.

This is a breaking story. Check back for updates.