KSA presents “Rebirth,” a tribute to the intersectionality of traditional and modern Korean culture

KSA presents “Rebirth,” a tribute to the intersectionality of traditional and modern Korean culture 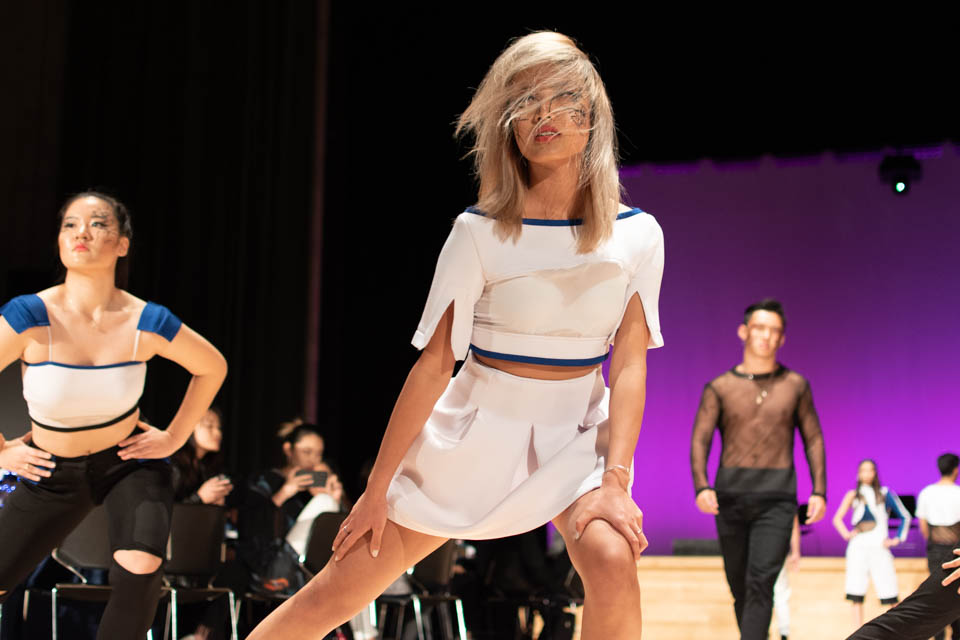 KSA chose the theme "rebirth" for its show this year in order to characterize how Korean culture has reinvented itself throughout generations.

A tiger and a bear wanted to become human beings. A god promised to make their dream come true if the tiger and the bear went to a cave and survived only on water and garlic. The tiger quit, but the bear persevered and was transformed into the first Korean, going on to create the aboriginal generation of Korean people.

Claire Kim, CC ’21, the VP External for Korean Students Association, began its 38th annual Cultural Show with a speech sharing this story on the evening of April 17 at the Roone Aldridge Auditorium in Lerner Hall. This Korean origin myth was meant to encapsulate the theme of “rebirth,” which KSA chose for its show this year in order to characterize how Korean culture has reinvented itself throughout generations.

Kim stated that the theme of “rebirth” meant a lot to her because of her personal ties to the country.

“I grew up in Korea,” Kim said. “In Seoul, you can see the flashy lights, but you can still see a lot of the remnants of older Korea. I used to see that all the time because I lived in Seoul myself but went to school in the outskirts of the city, so I got to see this contrast constantly.”

The show highlighted both century-old traditions and modern cultural phenomenons, such as K-pop, putting together a show that paid tribute to the roots of Korean culture while also considering how these roots have manifested themselves in the present.

The two-and-a-half-hour show consisted of two sections: performances in the first portion guided by hosts Charlie Kang, CC ’19, and Chris Ahn, CC ’19, and a fashion show that centered itself around the themes of tradition, visual arts, technology, music, and film. 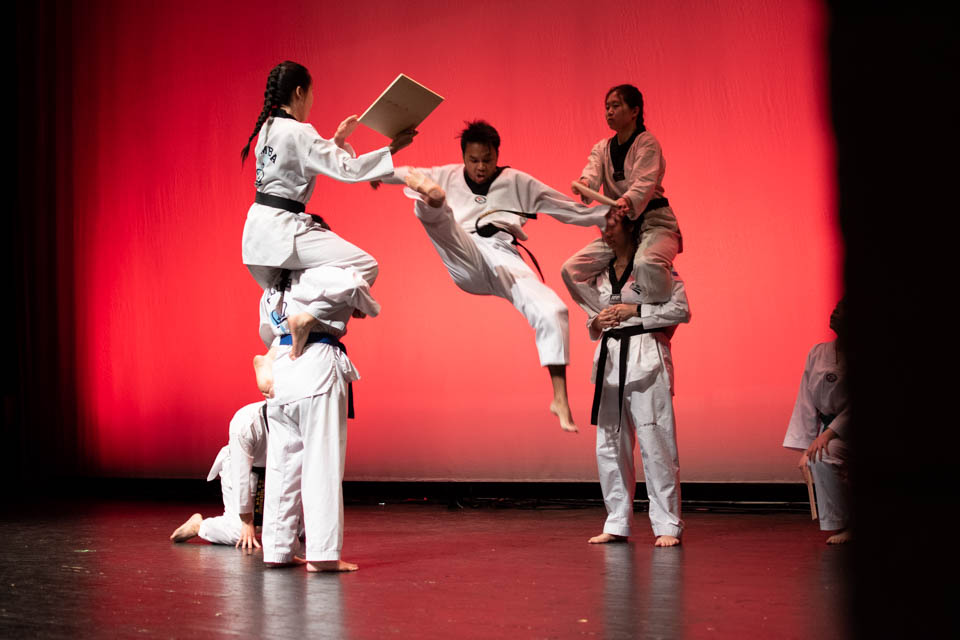 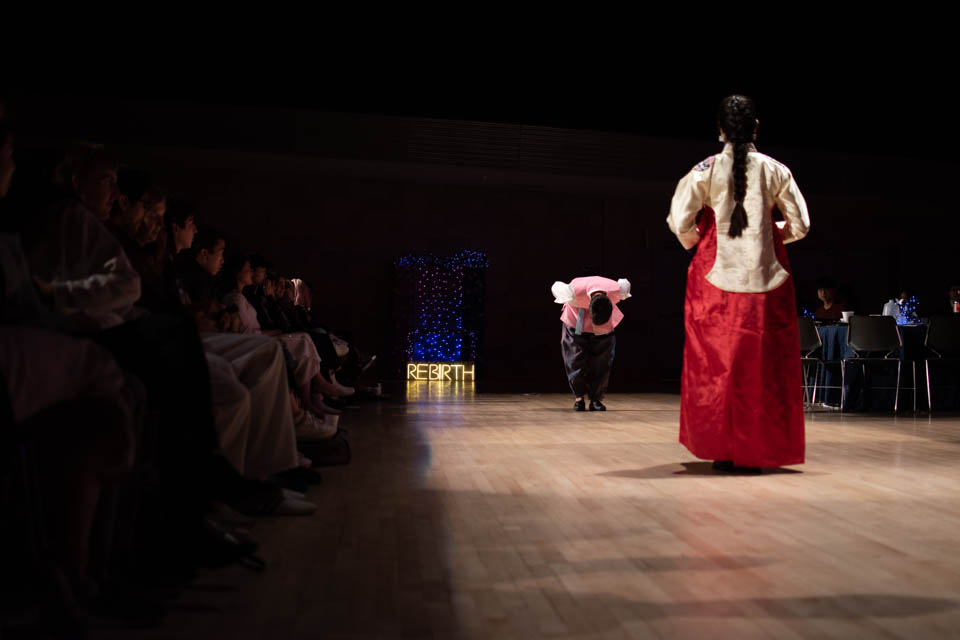 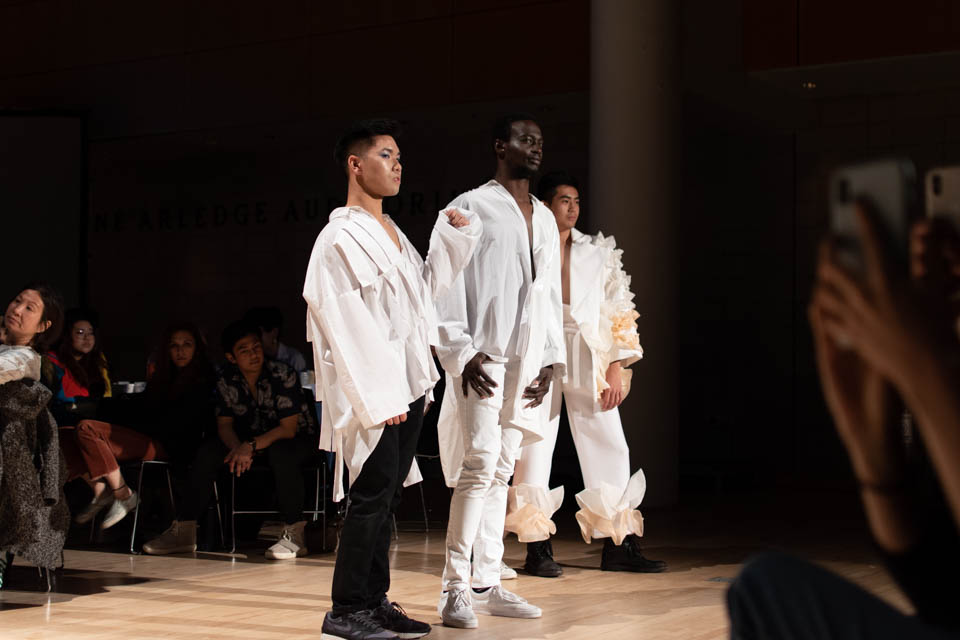 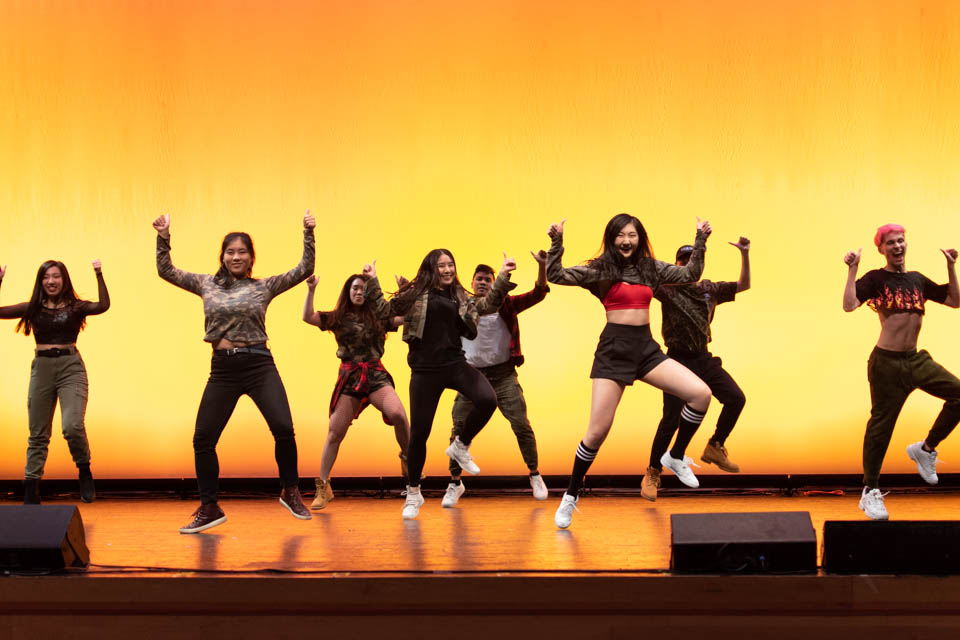 Multiple on-campus groups performed during the first half of the show, including Popsicles, a chamber music-oriented organization within Columbia Pops; Gaesung Gongdan, an all-Korean band; CU Generation, an urban collegiate dance team; and CU Tae Kwon Do, a competitive martial arts group.

Three films directed by KSA programming officer Sue Kim, CC ’21, were screened. The first film featured Dan Lee, SEAS ’22, and his quest to become a K-pop star. Undergoing serious training to learn typical K-pop dance moves, vocals, and the Korean language, Dan immerses himself in a part of modern Korean culture that has become global. Lighthearted and enjoyable, the video prompted laughter from the audience.

The third film, structured like a K-drama, focused more on tradition rather than modernity. It told the story of two forbidden lovers in the Goryeo dynasty who, at the hands of mischievous gods, suddenly find themselves in modern times as Columbia students. Regardless of the barriers of time, the lovers retained the memory of their love. Put together, both films incorporated long-established and contemporary elements of Korean culture, highlighting the symbiosis that occurs between the two.

“The songs were a good mix in terms of time; the second song was originally from the 1980s that’s been remade many times over the years, and the Taeyang song is more recent, from 2014,” Kim said. “I was afraid that people wouldn’t know the older, slower song, so I included the more recent song as well.”

Despite Kim’s initial worry, the audience sang along to both songs during his performance, prompting Kim to even hold out his microphone for the audience at one point.

After the performances came the fashion show, which also incorporated traditional and modern elements of Korean culture. Kelcie Khinthi, CC ’22, opened the first scene, centered around the theme of traditional Korean heritage, by walking down the center aisle bathed in light. Khinthi was dressed in a white and red-pink hanbok, a traditional Korean dress usually worn for formal celebrations. In contrast, the second scene, directed by Simone Kim, GS ’20, was much more modern and brooding.

Her scene emphasized the modern angle that Korean visual arts have taken. The models wore structured clothing, colored only black and white, and the music she used was written by Jillian Banks, an artist known for her moody, edgy, and electronic beats. The scene was darkly lit, and the movements it incorporated were meant to evoke discomfort and anxiety.

For Kim, “rebirth” means “incorporating the past in the process of adaptation and the curation of new identities,” and this is true of culture as well. By drawing on elements of the past, culture is able to recreate and redefine itself, and “Rebirth” embodied this well by shedding light on how modern Korean culture has developed into what it currently is and simultaneously recognizing the important remnants of tradition.

More than just helping attendees understand the intersection of traditional and modern Korean cultures, though, the event also brings people together.

“For KSA, itself, it’s actually a huge bonding process. We have to interact with one another in ways we haven’t before, and it’s a huge, complicated event, so it gives, actually, insight to the freshmen about what our club actually does,” KSA’s president Amanda Lee, CC ’20, said.

As the audience members were eating their Korean lunch-boxes filled with fish cake, rice, and bulgogi, they listened to raffle winners answer questions like “Who’s better, Girls’ Generation or Twice?” Even something as simple as this question about K-pop girl groups prompted a sense of nostalgia and solidarity that reverberated throughout the crowd.

Despite whether or not an audience member’s answer was geared toward something more traditional or modern, there is no doubt that without tradition, modernity would not exist, and that the audience had all gathered there on a Wednesday evening to witness the beauty of Korean culture, timeless and amalgamated as it is.