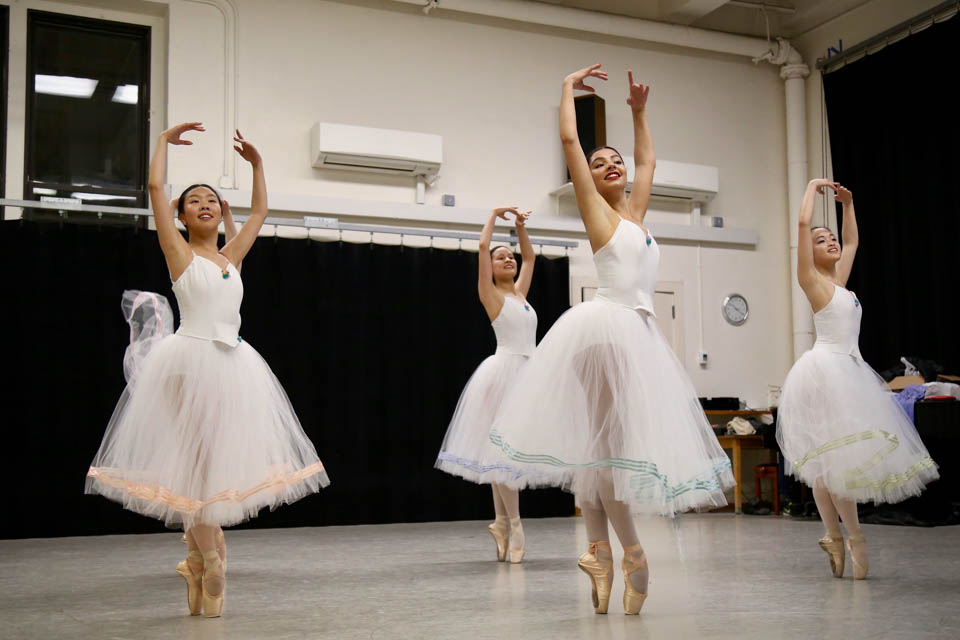 School or dance? A common conflict ballet dancers face is whether to hang up their tutu and put their pointe shoes away to attend school, or to set aside their education in pursuit of a contract with a professional ballet company.

Founded this semester, Columbia Repertory Ballet offers collegiate dancers the opportunity to continue to perform demanding repertory onstage, while also keeping up with a demanding course load in the classroom. CRB’s inaugural performance took place on Friday evening at the Manhattan Movement Arts Center, where they performed various pieces of ballet repertoire choreographed between 1830 and 2018.

Currently, the group is made up of a combination of dancers who have enjoyed professional careers, as well as some who have been trained on a pre-professional level.

“We’re basically making a space for us to be the dancers that we’ve always wanted to be,” said one of CRB’s five directors, Ellen Lou, GS ’20.

Noticing a void in the Barnard and Columbia dance scene, Marika Chrisanthopoulos, BC ’19, Clara Monk, CC ’20, Kyryk Pavlovsky, CC ’20, Simon Wexler, GS ’20, and Lou decided to bring classical repertory to campus in a different way than other groups have done before.

Despite the existence of two well-established ballet groups on campus, the Columbia Ballet Collaborative and the Columbia University Ballet Ensemble, CRB’s founders formed the group with the intention of appealing to a specific niche in the campus ballet scene. Monk explained that the founders saw CBC as having a recent focus on producing new works, while they believed that the nature of the full-length ballets put on by CUBE means that only a few students are featured each semester.

Comparatively, they started CRB with the hope of creating a program in which all involved can feel spotlighted while performing works that are new to them.

“I think it’s nice when you get to do things you might not have gotten to do in your career because usually that’s dictated by the artistic director,” Lou said.

Since CRB is not yet officially recognized by Columbia, they have experienced the financial hardships that many new student organizations face. With this being their premiere season, they have had to rely on donations from outside sources to produce their inaugural performance.

“It has been hard, but luckily we’ve been really good with doing a GoFundMe, and people have been supportive,” Lou said. “We’ve had some large donors who have been willing to help out, so at the end of the day, its honestly surprising but also not surprising that we were able to pull this off, and we’re just really excited that this is actually happening.”

With these financial limitations, all of the choreography from CRB’s first performance was either gifted to the group or exists in the public domain.

Pavlovsky explained that many choreographers were willing to donate their works to the group for the opportunity to have another show in New York.

“Costuming has been similar to choreography, who’s willing to give us stuff, who can borrow stuff, or who we can rent stuff from,” he said.

The group utilized costumes from the Barnard dance department, student performers’ personal collections, and CBC. They even had the mother of a student involved in the group volunteer to make some of the costumes.

For their debut, CRB performed at the Manhattan Movement Arts Center. Pavlovsky himself first danced in the space when he was 12 years old, and helped to establish a partnership between MMAC and CUBE last semester.

“When we were working with CUBE last semester we made the decision to move down there a year ago because of the facility, that it’s a real dance floor, and the audience is a feasible size.” Pavlovsky said. “You could fill the audience, which is always good for the performers.”

Friday’s performance demonstrated the high level of professionalism that members of CRB possess.

The evening began with excerpts from “Giselle,” a ballet from the romantic era. To emulate the long, floating, and ethereal quality of the choreography modeled after Marius Petipa, the women wore long tutus.

“Chopin for Two,” choreographed by Sally Streets, featured a series of pas de deux performed by five dancers. It wonderfully emulated CRB’s goal of giving dancers the opportunity to be featured in a principal role, as the nature of a pas de deux places two dancers in the spotlight. 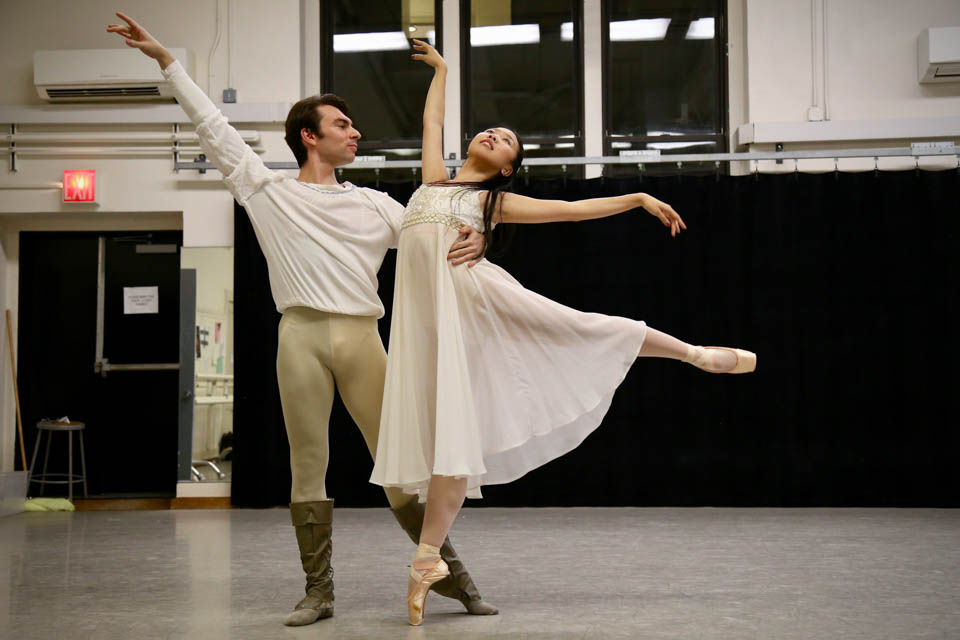 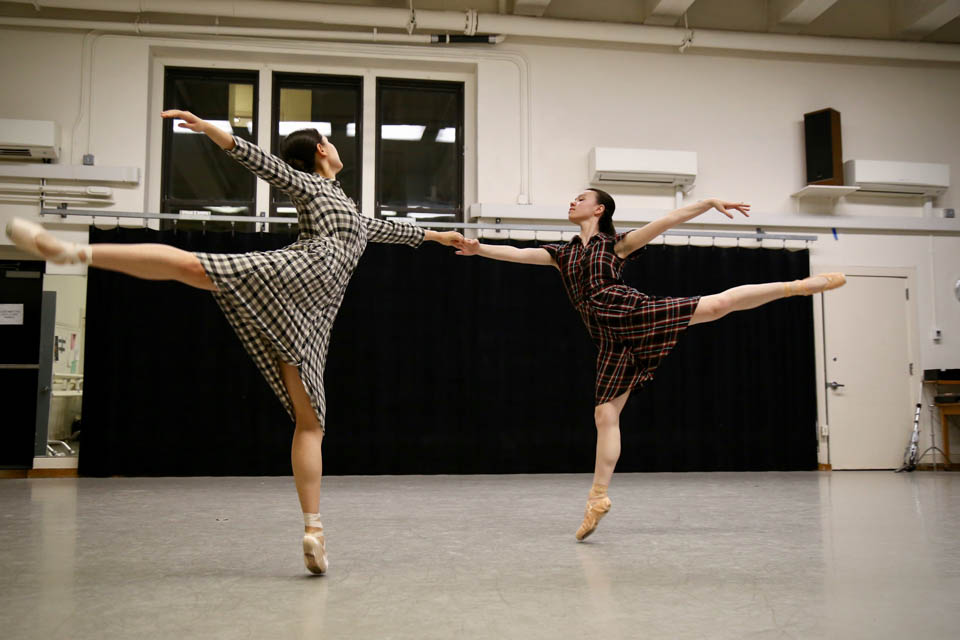 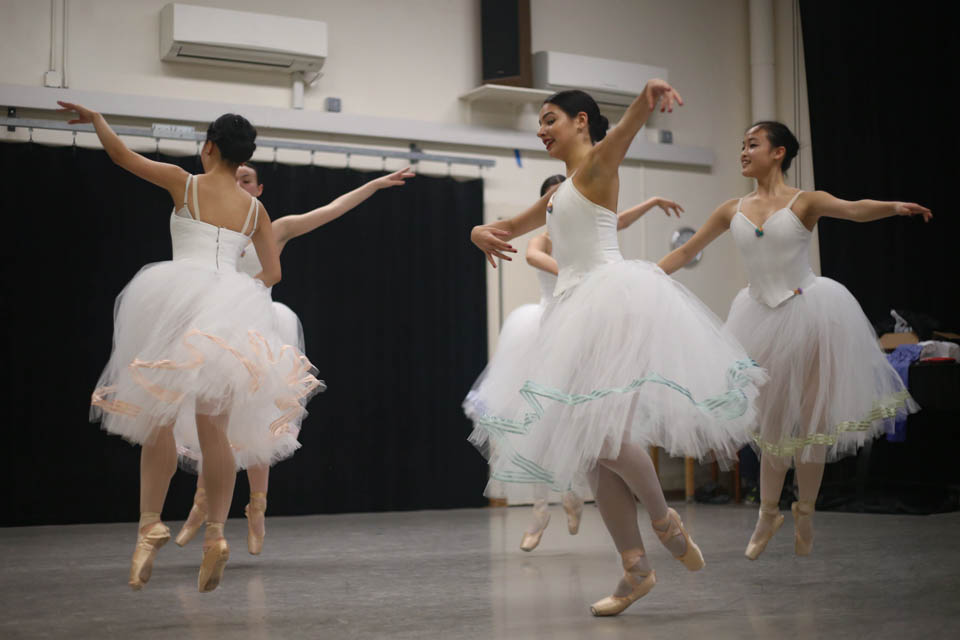 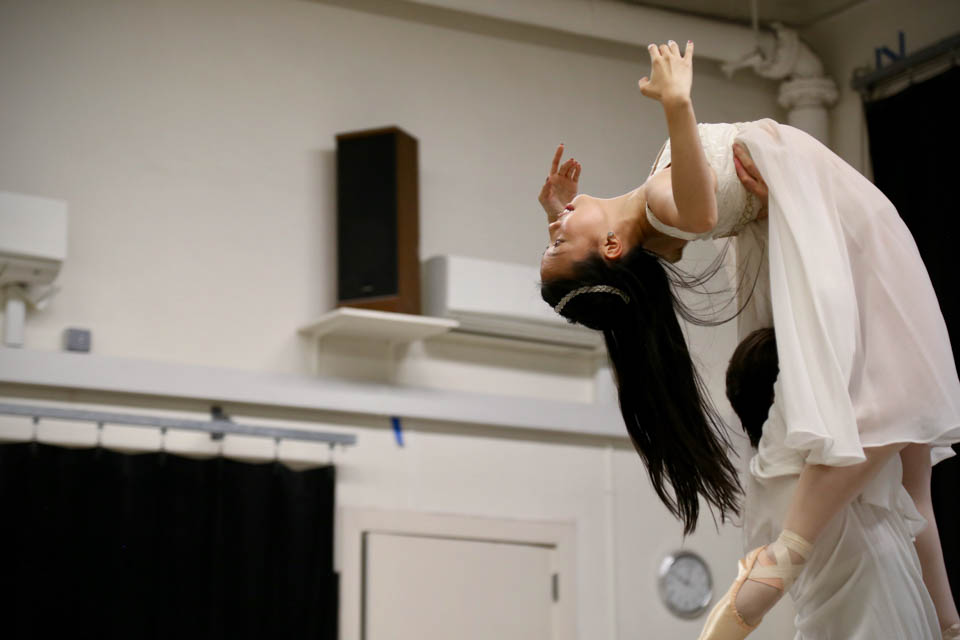 After the Chopin, the group performed three excerpts from “Romeo and Juliet”: “The Bridesmaids,” “Juliet’s Ballroom Variation,” and the “Balcony Pas de Deux.” Danced brilliantly by Lou and Wexler, the pas de deux was emotionally present, technically beautiful, and fluid.

After intermission, dancers performed an excerpt from “Paul et Virginie,” choreographed originally by August Bournonville. The utilization of the classical Bournonville style was a refreshing contrast to the rest of the program.

“Love Letters” followed, choreographed by Stefano Nappi, and was the most contemporary ballet in the program. The work was interrupted by an unfortunate technical difficulty in which a performer’s costume ripped, but this luckily took place toward the end of the piece.

Furthermore, the tone of this piece seemed somewhat disjointed from the rest of the program, as its military narrative felt almost too distant from the dancers’ experience to be effective performatively. Although the tone was jarring in contrast to the other pieces, the dancers executed the choreography with the same technical excellency as they did in the rest of the show.

Dancer Sandy Zeng, CC ’21, wrapped up the coda with 32 energetic and technically brilliant fouette turns that left the audience cheering until the curtain came down on the performers at the conclusion of the show.

CRB’s aim to create performance opportunities for technically advanced ballet dancers was actualized in the excellence of their inaugural performance. Yet, moving forward, the group still faces questions about the process of becoming a recognized club by Barnard or Columbia.

“This is a great experience for us, but we would love for it to live on, and I feel like recognition is definitely something important,” said Lou.

Correction: A previous version of this article misidentified a choreographer’s last name and the number of fouettes in a performance. Spectator regrets the error.