ARTE helps students discover beauty, empathy, and justice in their communities, and within themselves

ARTE helps students discover beauty, empathy, and justice in their communities, and within themselves 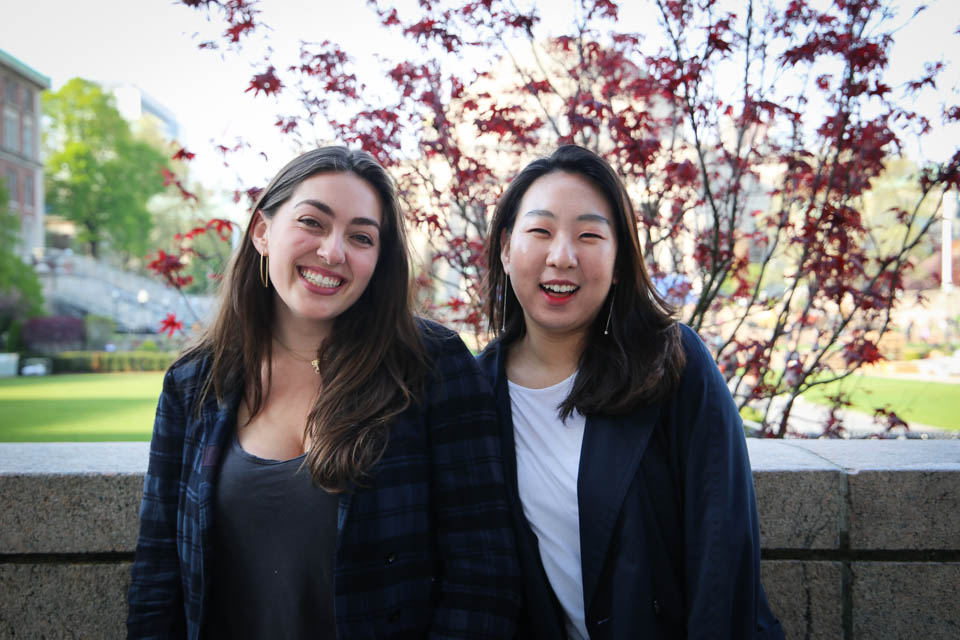 When one watches a love story unfold slowly in a musty cinema, listens to a singer’s voice build in an unearthly crescendo, or stands stunned before a mural painted with startlingly bright colors, it is possible to pause for a moment, take a deep breath, and step back from reality. It becomes possible to succumb to the incalculability of life—suddenly, one can reclaim the right to feel.

Art’s unique ability to permit people to be vulnerable, and therefore to empathize openly, is at the core of ARTE—Art and Resistance Through Education. The organization, which partners with the Columbia Center for Justice and includes Columbia students among its staff, travels around New York hosting art workshops in schools, museums, and prisons to foster conversations about social justice.

In contrast to the enormous amount of capital being poured into New York’s dense collection of world-class art museums, the city chronically underfunds accessible art programs for its young people. ARTE is trying to change that by bringing art workshops to students who have not had the opportunity to find themselves on the blindingly white steps of the Met, the Whitney, or the Guggenheim.

ARTE’s workshops meet their students where they are, giving them the agency to define their own identities.

Then, they challenge students to reimagine their world.

Many students choose to develop possibilities for their own communities, to fix the problems that they have seen firsthand. Gutiérrez-Vicario, however, has also been floored by the sheer capacity for empathy that many of the students have for others who are facing difficulties different than their own.

In 2018, in collaboration with the Columbia Center for Justice, ARTE created the Global Women Heroes mural, a project that connected ARTE students who were incarcerated with ARTE students in high school. The mural includes Dolores Huerta, Michelle Obama, and Malala Yousafzai. The students who could not physically be there to paint the mural worked on the original conception of the piece and allowed their ideas to be realized by their peers on the outside. 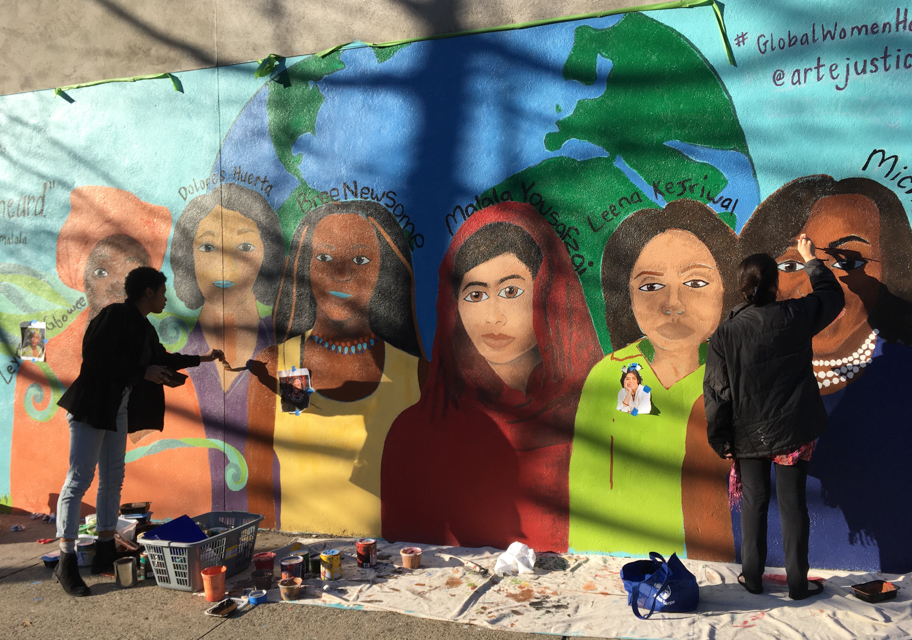 Courtesy of
ARTE created the Global Women Heroes mural, a project that connected ARTE students who were incarcerated with ARTE students in high school.

In a city like New York—one overcrowded with people vying for every open square, every bulletin board, and every last soundscape—the mural’s visibility and photogeneity has made it a powerful amplifier for ARTE students’ expression. The mural takes up space not only on the wall it was painted on, but also transcends its physical bounds by reaching viewers on social media.

On a more intimate level, projects like the Global Women Heroes mural allow the artists to use their creative zone as a safe space and to trust the empathy of those around them.

“There was a young woman who was painting the mural with us, and she [said] … ‘I remember the last time I talked to my dad. I remember crossing the border.’ And she had never, ever shared this before, but in the process of painting, and creating art, she felt comfortable doing so,” Gutiérrez-Vicario said.

ARTE intern Bella DeVaan, CC ’21, repeated several times how closely ARTE’s mission aligned with her own search for justice. When she first got the internship, her friends and family kept joking that the job description seemed to be authored by her, for her. Rather than asking her to recite a long list of qualifications and accomplishments, ARTE asked her what her favorite public mural was.

Part of DeVaan’s responsibilities at ARTE involves working at a booth during Teens Take the Met!, where ARTE invited teenage participants to identify what their ideal museum would look like. As such institutions have historically been bastions for preservation rather than creation, asking today’s youth to redefine them fits ARTE’s commitment to a world that moves forward with its youth rather than one that clings to the contours of the past.

ARTE believes that young people, unlike the authority figures in their lives, do not need a sense of justice to be imposed upon them.

“They’re really close to the truth. Young people really know what’s up. … [They] don’t have the chance to be jaded yet,” DeVaan said.

Currently, ARTE is preparing to publish a newly formatted Universal Declaration of Human Rights in a collaboration with design company ThoughtMatter. The more visually appealing and accessible design would bring a lofty, far-removed international document closer to the students who perhaps have the greatest stake in it.

Dabin Lim, TC ’19, another intern at ARTE, wants her time with the organization to help her develop a performing arts program that serves a similar purpose as ARTE in the future. She has a personal appreciation for art’s ability to liberate individuals who might be uncomfortable with confrontation. Lim herself is often reticent to express particularly strong or controversial ideas outright, but the power of art to create a more empathetic audience has allowed her to express those ideas more fearlessly.

ARTE’s workshops are also intended to have long-term effects. Because most of ARTE’s students are young, the program also gives them the chance to develop lifelong practices.

“It’s a habitual thing. When you’re younger, you get into a habit of talking and not being silent,” Dabin said. “So whatever workplace they go to, whatever field they go into with that mindset of willing to create conversation, willing to maybe sometimes take action even … that mindset and attitude is better when it’s established earlier.”

While ARTE hopes to continue propelling forward the conversation about what it means to work towards a just society, the students—be they middle schoolers or incarcerated individuals at Rikers—are ARTE’s top priority.

“I want them to feel that this is always a home for them. I want them to always feel attached to something,” Gutiérrez-Vicario said. “It’s about young people feeling like they have a voice and that their voice matters ... that they can create something beautiful and work toward making change for human rights, for their own communities, and for others.”