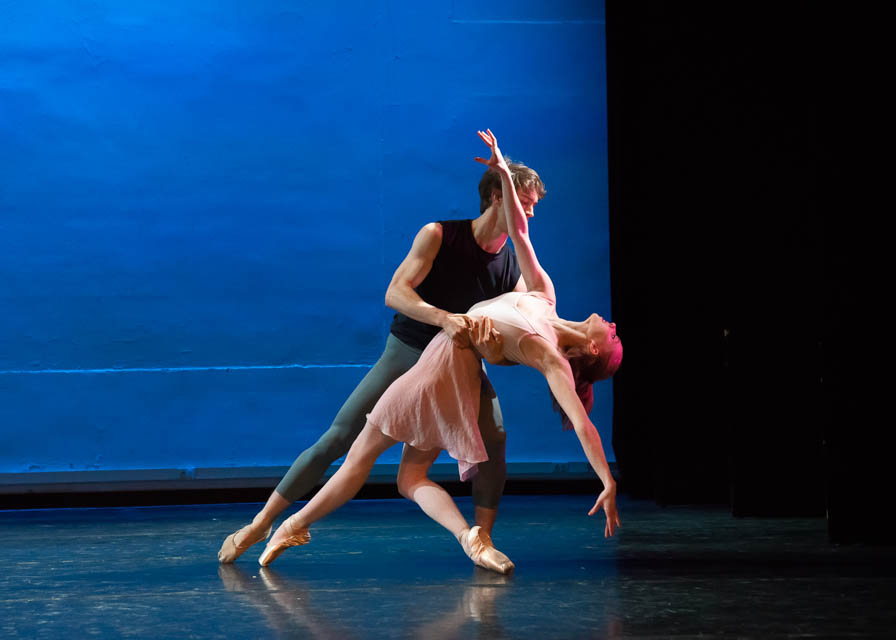 The dancers of CBC hail from all four of Columbia’s undergraduate colleges, as well as the Graduate School of Arts and Sciences.

As the familiar melody of the Super Mario Bros. 2 soundtrack pierced the soundscape, audience members could not help but erupt in infectious laughter. The juxtaposition of ballet and tunes from the popular video game was as pleasantly surprising as it was choreographically well executed.

The dancers of CBC hail from all four of Columbia’s undergraduate colleges, as well as the Graduate School of Arts and Sciences. The group is made up of dancers whose technical excellence, captivating stage presence, and impeccable artistry exude a level of professionalism rarely seen outside of professional ballet companies.

The performance began with “Sonatas, For Lee,” choreographed by Verzola. The influence of famed choreographer George Balanchine was evident throughout the work, as the women wore their hair in the classic Balanchine “S bun,” and spotted the audience as they turned.

The dancers wore shades of mint green and sky blue as they navigated the stage utilizing quick, petit allegro footwork, while at times slowing to a fluid adagio pace. It was a light and energetic work that perfectly set the tone for the rest of the evening.

The second work, “Barrier,” was choreographed by McEwen. In contrast to the costuming of the first piece, the dancers wore white mesh dresses and pointe shoes pancaked to match their skin tone with no tights. Dancers established a connection with the stage floor from the outset of the piece, creating their own soundtrack of stomping, slapping, and finger-squeaking alongside a musical score by Philip Glass.

Although they often danced in unison, a level of individuality was also apparent throughout the work as the dancers, each sporting a different hairstyle, took up a spotlight of their own to perform solos. It was a refreshing departure from the strict uniformity often seen in ballet.

Next was “Traveling West,” a work choreographed by Gold, a former New York City Ballet dancer and founder of the Tom Gold Dance company.

The curtain opened to reveal a stage lit in bright green, which provoked light laughter and curious whispers between members of the audience. As the piece progressed, the stage transformed from green, to red, to blue, to pink, to purple, to orange.

The bright colors of the backdrop complimented the fun and at times sassy quality of the movement. Music by John Zorn, including a piece titled “Chippy Charm,” also accompanied the high-spirited nature of the work.

Following intermission was “In the Dark I Felt Her Dreams,” choreographed by Ward. It was the only piece of the evening that was not performed in pointe shoes, with barefoot dancers wearing dark blue and black dresses.

The work seemed to situate itself in a dark and almost dystopian world, as communicated by the expressions of the dancers. The organization of their bodies onstage left the impression of beautiful, yet haunting, shadows.

Next up was “In Melody,” choreographed by Shee, who enjoyed a professional dance career with the National Ballet of Canada.The work wonderfully showcased the partnering skills of Roger Creel, GSAS ’23, and Nicholas Rio, CC ’19, who executed press lifts and partnered pirouettes with ease.

The women wore leotards of varying colors with skirts to match, and two dancers unexpectedly underwent costume changes mid-piece. The change of leotard and skirt color seemed random and unnecessary, and the surprise was compromised by the ability to see dancers changing costumes in the wings of the stage.

The final work on the program was “Closed Beta,” choreographed by Vostrikov. Dancers wore black leotards and bike shorts with a neon yellow stripe on each side. They also wore expressions of pure joy.

The choreography itself blended the traditional ballet vocabulary with intentionally flexed feet, adding to the whimsical video game-like nature of the work. During these final moments of the performance, with “Take on Me” by a-ha, remixed by YouTube channel 8-Bit Arcade, playing in the background, audience members danced in their seats until the curtain came in.