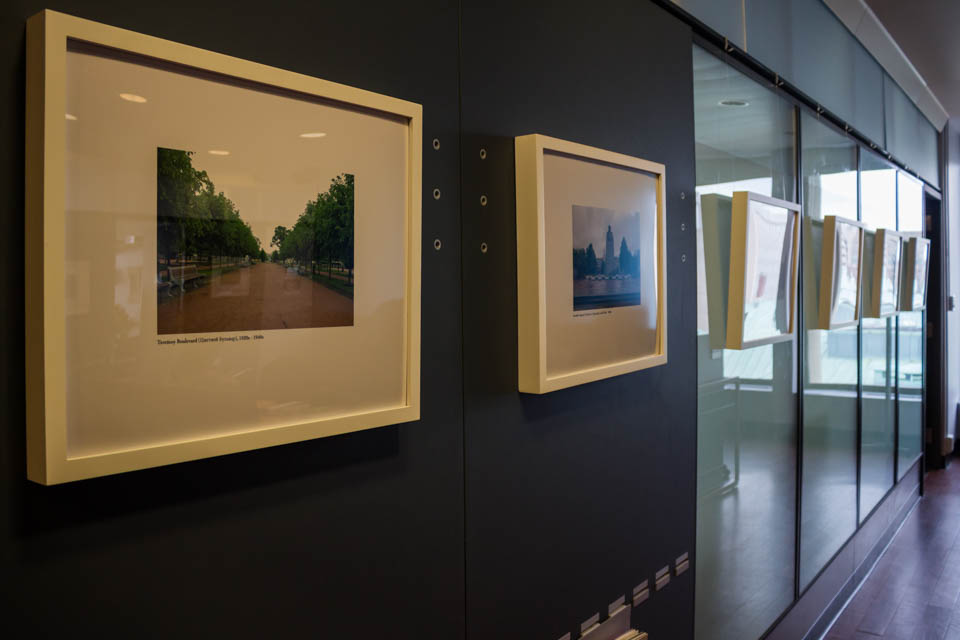 Fiks' documentation of gay cruising sites from the 1920s through the 1980s displays an alternative history of public space in Moscow.

Histories that belong to groups that have been institutionally and systematically rendered invisible require thoughtful retrieval to be shared. Through his photography, artist Yevgeniy Fiks draws attention to the previously untold narratives of gay men in Soviet Moscow. His documentation of gay cruising sites from the 1920s through the 1980s displays an alternative history of public space in Moscow.

“I am a gay person myself. To me, it was important to remember Soviet gay history. Local gay history has to be revived, retrieved, and rewritten, because up until a certain point, in most Western contexts it was a repressed history. A hidden history, not written, mispercieved, and misrepresented. This project is my contribution to writing Soviet-era LGBT history,” Fiks said.

Fiks’ exhibit, “Moscow: Gay Cruising Sites of the Soviet Capital, 1920s-1980s,” is on display in the atrium at Columbia’s Harriman Institute, which is devoted to Russian, Eurasian, and East European studies. Fiks is a gay Jewish man who grew up in Moscow and immigrated to the U.S. with his parents in his early 20s, and he has now lived in New York for over 20 years. Before he immigrated, Fiks attended art school in the late ’80s, where he studied socialist realism, and he discovered contemporary art after the fall of the Soviet Union in the early ’90s.

“I think I was more or less formed as an artist before I came here,” Fiks said.

Fiks noted that he was interested in exploring Soviet history, particularly through the lens of gender and sexuality. Through this project of remembrance, Fiks attempts to expand past two-dimensional understandings of Soviet experience and communist history.

The sites Fiks has photographed were chosen primarily based on research by Oxford historian Dan Healey, and some were derived from Fiks’ personal experiences in Moscow and his correspondence with older ex-Soviet gay men. Fiks noted that Soviet gay cruising sites are unique and distinct from American gay cruising sites in that they were more social than they were sexual.

“I think the cultural difference between the American side and Soviet side is that Soviet gay cruising sites were functioning as open-air gay bars in a way, because there were no gay bars in the Soviet Union, since there was no private properties. The state owned all the bars, all the coffee shops, everything, and the state was homophobic,” Fiks said.

The photographs on display, which were taken in 2008, depict the gay cruising sites with no subjects present. Fiks notes this was a deliberate artistic choice to further demonstrate the invisibility of the gay men who were once present in the space.

“Soviet gay culture was invisible, was trying to be invisible, very camera-shy, so I wanted to depict it on its own terms as the culture wanted to be presented, being invisible,” Fiks said.

Although queer history has been largely excluded from mainstream narratives, it does not start with the Stonewall riots, as some may have been taught. This history is expansive, unbounded, and it has always existed. Fiks’ work is a testament to this notion.