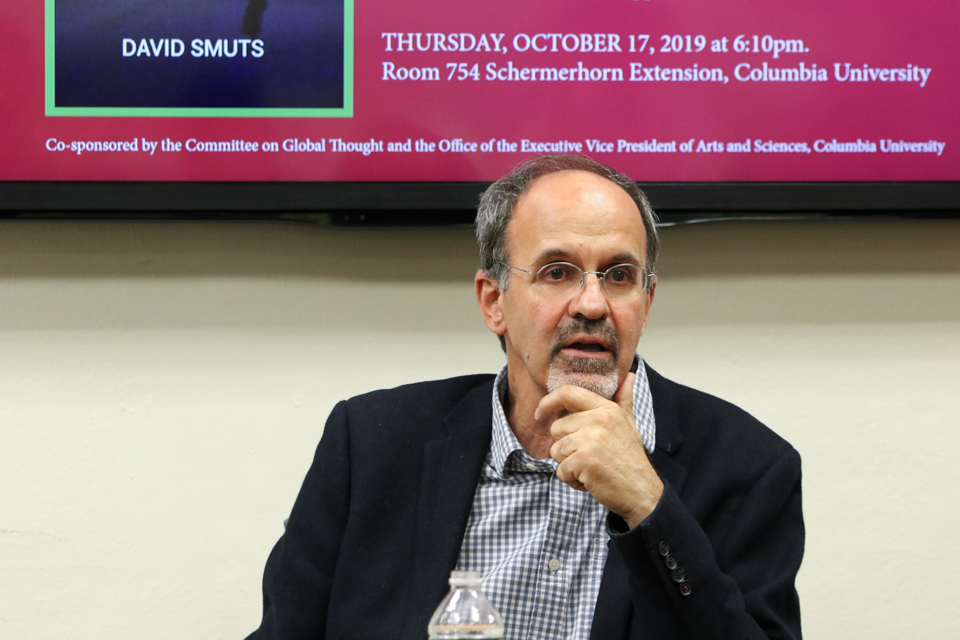 Justice Smuts' writing has highlighted some of the first documented cases of torture in Namibia.

Appointed to the Supreme Court in 2015, Justice David Smuts has been a leading human rights lawyer in Namibia since before the country’s independence from South Africa in 1990.

Justice David Smuts of the Supreme Court of Namibia was on campus on Oct. 17 to discuss the release of his new book, “Death, Detention, and Disappearance: A lawyer’s battle to hold power to account in 1980s Namibia.”

At an intimate gathering of professors, students, and community members, Justice Smuts spoke about the structure of the book and his hope to bring to light the bravery of his clients. Many of them faced months in detainment without being charged or given a chance for a fair trial.

“I often had very little in the law at my disposal to assist and obtain real justice,” Justice Smuts said. “It was about ringing the bells that they could ring, and as a young, inexperienced lawyer, my offering was many a time far less than perfect. Despite this, and the labyrinth of draconian laws and military might and the rain of terror, we did at times manage to expose cracks.”

After graduating from Harvard Law School in 1983, Justice Smuts has fought monumental cases, including many of those brought against South Africa’s apartheid regime.

His work brought light to the humanitarian atrocities taking place against political insurgents, providing some of the first documented cases of torture.

“[My clients] have my abiding respect and the stories in this book are their stories. It was my great privilege to serve them and their communities,” Justice Smuts said.

Even as his legal career expanded, the full scope of the humanitarian crisis made it clear to him that more had to be done.

“I had to leave private practice to set up the only public interest law firm in Namibia because of the scale of the human consequences occurring at the time,” Justice Smuts said.

This human rights protection group, The Legal Assistance Centre in Namibia, remains the only of its kind in Namibia and has received acclamation from Human Rights Watch.

The book touches on the immense danger that the founding group confronted in starting “The Namibian.” Posters of him and his co-founders were put up, shooting targets painted over their faces.

The government attempted to stop the newspaper’s publication, too, by imposing excessive mandatory fees to register the company. Despite these efforts, “The Namibian” began and continues to publish independent news.

His Honor concluded by recognizing that Namibia continues to develop and face challenges.

“The challenges on the bench took remarkably from those in the early years, but we do have big problems in Namibia, which we do face. Structural inequality remains, as does the need to hold the state accountable,” Justice Smuts said. “My belief in law as a positive force to bring about justice and social change has remained my guiding principle throughout my professional life.”