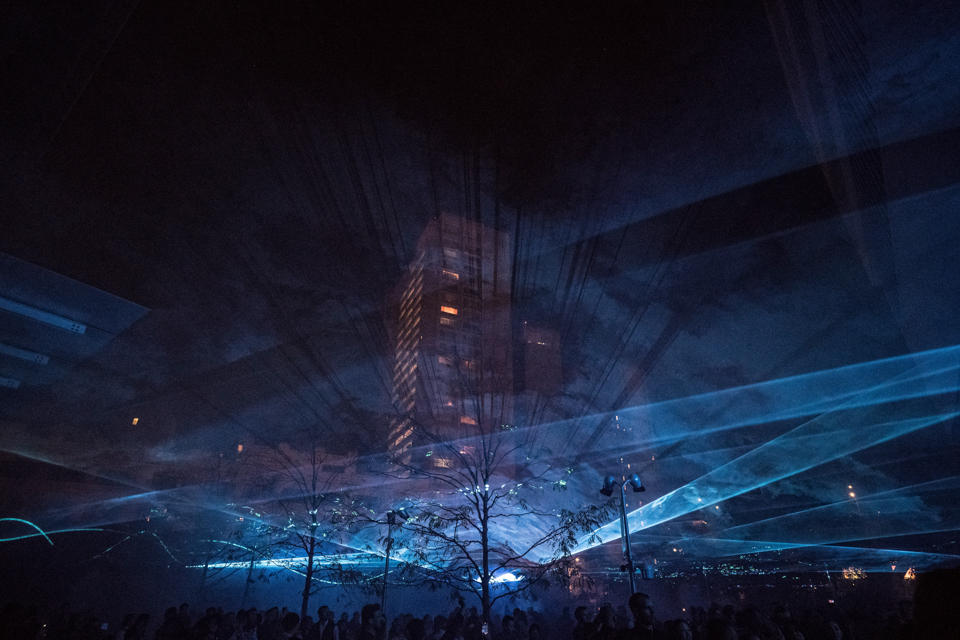 WATERLICHT, which translates to “water light” in Dutch, came to life at Lenfest Center for the Arts on Tuesday evening in the most fitting sense—in the pouring rain.

The immersive, large-scale light installation, created by Dutch artist Daan Roosegaarde, features a combination of LED lights and lenses that create dynamic, shifting presentations of light. Over the past few years, WATERLICHT has been installed in multiple cities across the world. The exhibit will be at Columbia’s Lenfest Center for the Arts as a part of Columbia’s Year of Water until Thursday.

On Tuesday evening, Roosegaarde’s large-scale light installation captured an impressive number of viewers; attendees lined up outside and waited for almost an hour in the rain to view Roosegaarde’s world-renowned light spectacle.

Upon entering the exhibit, viewers were immediately confronted with a burst of fog from one of the many fog machines placed throughout the exhibit. At some points during the experience, the fog was so overwhelming it became nearly impossible to see someone a mere five feet away. Needless to say, it did not feel like a bustling Manhattan neighborhood anymore.

After entering, viewers peered up past their umbrellas at laser light waves projecting dark blue tides over their heads. Droplets of rain sparkled as they passed through the lights, further enhancing the experience.

The fog, combined with the dark blue light waves meant to mimic the movement of the ocean, made the energy in the exhibit relaxing yet ominous at times.

White, cloud-like shapes imitating the wind and sky were projected through the waves of light. The shapes traveled fluidly and mesmerized viewers as they walked around. 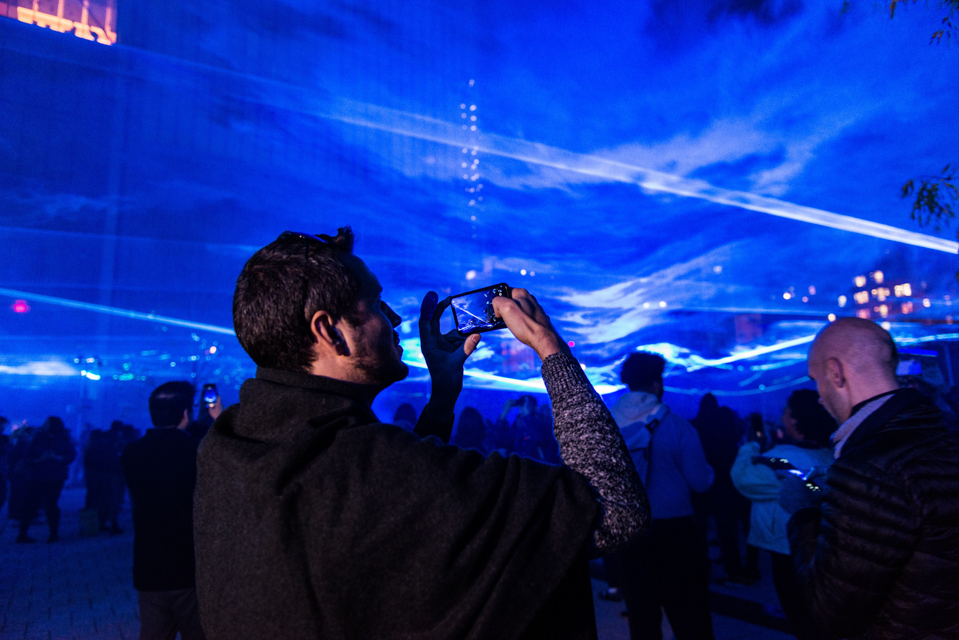 “It feels like I’m under the sea, feeling the waves. And maybe also seeing the sky, the clouds moving,” Wen said. “It makes me feel romantic and comfortable, like I can feel the power of nature.”

The waves felt so lifelike that viewers were surprised when they gazed up at them and were hit in the face by raindrops. The waves looked like a huge blanket that should have caught the rain before it reached their faces.

Another exhibit attendee, Kim Chen, Law ’22, came with a friend. They were both excited about the event, but not completely sure what to make of it.

“It looks like we’re underwater. … We didn’t really have a good sense of what this was when we decided to come, so we’re pleasantly surprised.,” she said.

While some viewers felt relaxed and comfortable in the installation, and some were just there to appreciate the art itself, Roosegaarde’s intention behind the project was something more. One of his primary goals for WATERLICHT is to raise awareness about the Earth’s rapidly changing climate.

“WATERLICHT is the dream landscape about the power and poetry of water. As a virtual flood WATERLICHT shows how high the water could reach and raises awareness about rising water levels,” Roosegaarde explains on his website.

WATERLICHT is one of the many events put on this semester by Columbia’s Year of Water project. The Year of Water is a year-long exploration and celebration of water as the planet’s most precious resource. Through art, lectures, symposia, and concerts, the University hopes to shed light on the social, political, and economic implications of climate change.

In a statement on his collaboration with the Year of Water project, Roosegaarde wrote, "WATERLICHT is about showing the power of living with water, which is more relevant than ever in New York City. It is an honour to work with Columbia University to exhibit WATERLICHT, and connect with a new generation, which plays a central role in changing the climate.”

Despite the inherent beauty and delicacy of the WATERLICHT exhibition, the meaning behind the installation holds somber implications. By combining the climate change crisis with an interactive and intriguing art exhibit, Roosegaarde juxtaposes the Earth’s beauty with the harsh consequences of climate change. He shows that if people want to continue enjoying the Earth’s magnificent resources, they must advocate for and protect them.