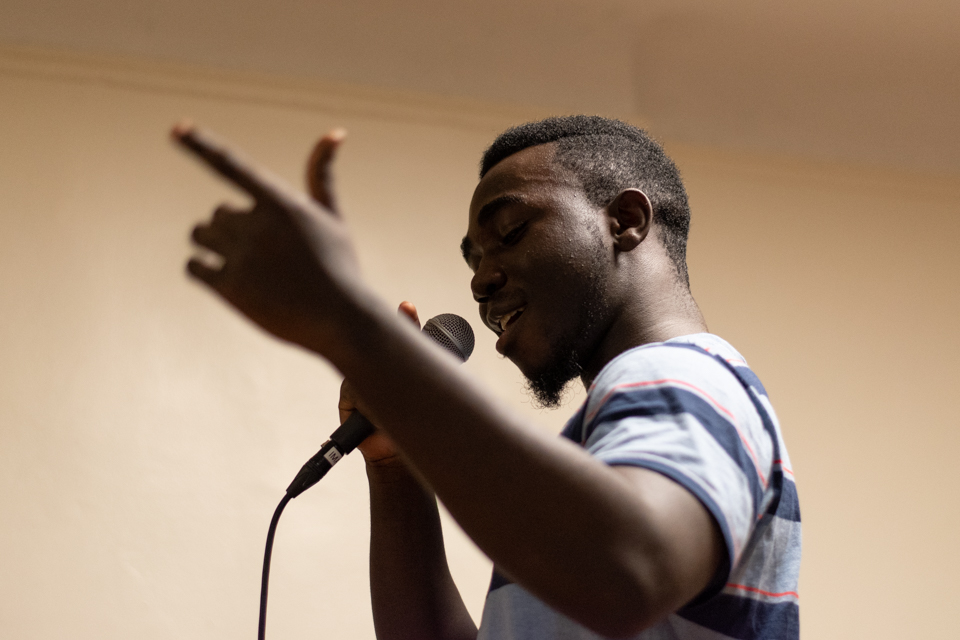 CUSH is a club dedicated to celebrating and contributing to one of New York’s most popular and enduring forms of music.

“CUSH is for the kids!” chanted Columbia University Society of Hip-Hop cypher host Payton Johnson, CC ’21, as he led participants in a freestyle rap game. Passing the mic around the room, participants were encouraged to ad-lib any sound, word, or phrase on the beat.

“We want this to be an open space for everyone, rather than just for people who are super experienced,” said co-host Ty Stinson, CC ’21.

The cypher is just one segment of the “high” society, but the ethos of universal participation is at the core of CUSH, a club dedicated to celebrating and contributing to one of New York’s most popular and enduring forms of music. To this end, the board has been hard at work developing engaging events for hip-hop artists and appreciators, both old and new.

CUSH’s history stretches back over a decade. However, recent changes to the organization have opened up an opportunity for the hip-hop club to reinstate itself on Columbia’s campus.

“There was kind of a break in the continuity of the club. I think we only have one old e-board member left over from the end of our freshman year, and he was still kind of new. It’s like the club restarted entirely,” said Stinson.

Board members Stinson, Johnson, and Nick Rubertone, CC ’21, only joined the board within the past year. Although they lack the experience of long-standing board members, their passion for hip-hop has already inspired new ways of connecting with the student body.

“We have two target demographics. On the one hand, we have people that just want to come and experience hip-hop. And on the other hand, we’re trying to connect artists [with each other],” said Stinson.

CUSH’s hip-hop “experience” programming includes meet-the-board kick-backs and discussions pertaining to hip-hop artists and the state of the genre today. They have also partnered with different organizations on campus to reach new audiences. Most recently, CUSH collaborated with WKCR to develop the program “Notes from Underground,” a show dedicated to bringing underground hip-hop to the Columbia student body.

This semester, the bulk of the club’s work has been aimed at developing new interfaces for artists to connect. While the cypher was an extension of this effort, CUSH has been pushing for events allowing participants to truly create and collaborate. As Rubertone sees it, artist collaboration is hugely important to the mission of CUSH.

“I think that’s always been one of the goals of CUSH. So we formed a Facebook group where people are interacting with other artists, and we started this producer series where every Saturday we meet and show each other beats and help each other workshop whatever we’re working on,” said Rubertone.

While the program is still in its infancy, its ultimate goal is to create a collective project.

“That’s definitely a big goal,” he added. “So many people here produce and just don’t know that other people produce or rap. I think putting together a project [with those people] would be really awesome.”

Through all of their plans, projects, and events, one thing drives CUSH’s board members: their respect for hip-hop as an art form and their desire to inspire that respect in others.

Though CUSH has made many strides in bringing hip-hop to Columbia’s attention, for the board, there is still work to be done.

“A lot of students on campus listen to hip-hop, but in terms of respecting it as an art form, or connecting it to New York at large, I’d say it has a little ways to go,” said Johnson.