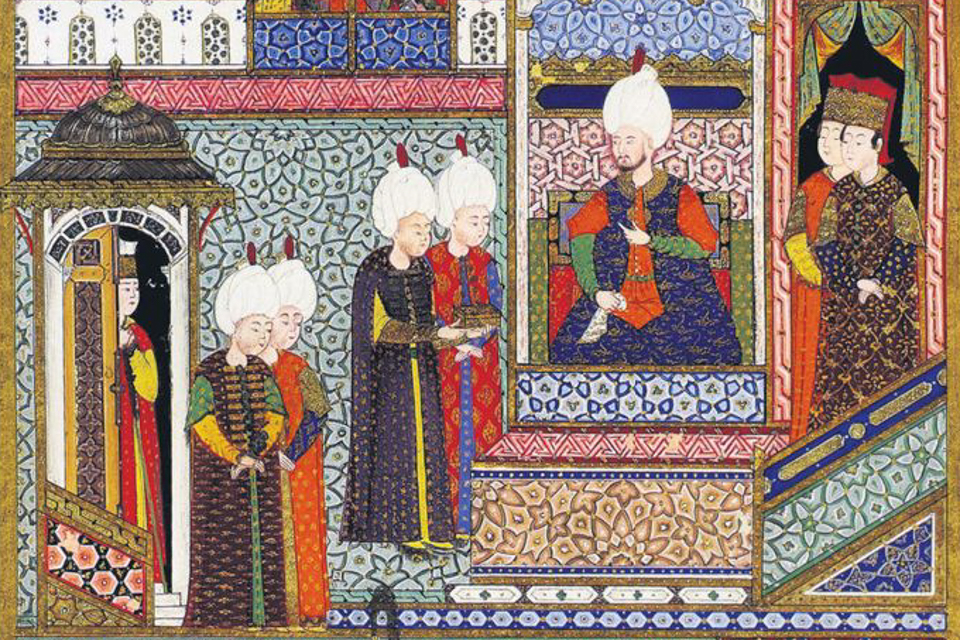 The talk was part of a series of events organized by Columbia’s Sakip Sabanci Center for Turkish Studies.

An ornate image of bucolic gardens inhabited by lounging Turkish poets engaged in conversation took up the screen in Schermerhorn’s eighth floor lecture hall. Though seemingly purely decorative, these manuscript images told a story in reflecting the essential values of Ottoman life during the 16th century.

On Monday evening, professor Mehmet Kalpakli of Bilkent University in Turkey gave a talk titled “Ottoman Culture and Literature in the Age of Suleiman the Magnificent,” as part of a series of events organized by Columbia’s Sakip Sabanci Center for Turkish Studies. Founded in May 2018, the center is the first initiative of its kind in the United States. It aims to “increase knowledge and awareness of Turkey through research, teaching, and intellectual exchange,” especially considering Turkey’s prominent role in both past and present global affairs, according to the center’s website.

The center also recently organized the installation of “The Pavilion” mural in Butler Library that called attention to the Ottoman Empire’s role in the 19th-century World’s Fairs.

Kalpakli’s talk focused on culture and literature during the Ottoman Empire’s Golden Age in the 16th century—with special attention to an integral aspect of society at the time: poetry.

“Poetry was everywhere. They are speaking through poetry,” Kalpakli said. “In every level of society you can see poetry. The sultan himself was a poet. Poetry is a language for communication.”

At a time when art and culture flourished as much as the expanding empire’s conquests, poetry was especially important to the highest reaches of Ottoman society—namely the sultan himself. Having written over 3,000 poems, the 16th-century Suleiman the Magnificent often wrote letters to his sons in the form of couplets.

Kaplaki portrayed another aspect of the great sultan, describing him as both a “conqueror of the world, and words.”

With the development of coffeehouses, poetry became widespread and commonplace, even for the lower classes. Poems would be both written and orally performed at gatherings held in taverns, private gardens, or the new coffeehouses. One theme united them all, though: love.

"It's about gathering, it's about love, both earthly and mystical,” Kalpakli said. “Everything is love in the poetry. Either it's a secular love or a mystical love—but it's love."

The power, though, was not in the form but the function. Though enjoyed by the upper class, including the sultan himself, poetry was considered a highly respected skill that could be critical for entry to the inner circles of power, according to Kalpakli. It served as a unifying force among the whole empire.

“Poetry transcended all class, ethnicity, origins,” Kalpakli said. “[It was] a key to getting ahead of Ottoman society.”

Kalpakli stressed the importance of studying this type of literary history not only in terms of Turkish culture, but of society as a whole.

“We should certainly look not only for political history but cultural history,” Kalpakli said. “Otherwise it's a state history. … The state is keeping the records, and as a historian, if you read the state records … you will portray a country in the way the state wants. But life isn't like that. [There are] ups and downs and emotions … Where do we find emotions in state records? Emotions are important. Literature gives us the emotions.”