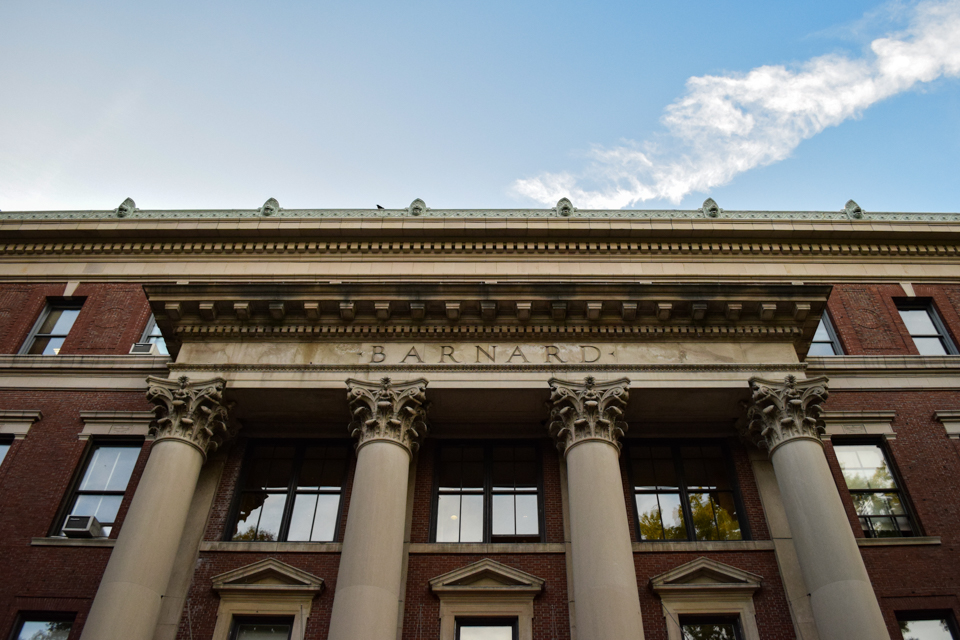 “You all would be amazed by the variety and the creative energy that [Barnard] students bring to their classes, no doubt facilitated by the three people we are going to hear from,” Barnard’s Director of Creative Writing Timea Szell said of the visiting faculty who were set to speak at the James Room in Barnard Hall.

Last Thursday, Barnard’s creative writing department hosted this semester’s first event of the series “Writers at Barnard,” which puts on readings of works by Barnard creative writing faculty. The opening event featured three visiting faculty members at Barnard: Kate Zambreno, Brionne Janae, and Liana Finck. Each author brought her own unique voice and insights to the reading, which made for a night of poetry, short stories, cartoons, and personal anecdotes. Szell introduced the authors alongside English professor and department chair Peter Platt.

Zambreno began the evening by introducing her book “Screen Tests,” from which she read several short stories.

“[‘Screen Tests’ was] a series of durational and tonal experiments that deal somehow with Warhol and celebrity and names,” she said.

Names seemed to dominate Zambreno’s stories, as Susan Sontag, Maurice Blanchot, and Holly Hunter all found their way into her reading. But beyond the fun of Zambreno’s reference-heavy work lay a rumination on her role as a writer.

After reading her piece “Blanchot in a Supermarket Parking Lot,” in which she wondered what Blanchotmight buy at a supermarket based on a rare photograph of him, Zambreno gave insight into the reception of the piece.

“When that piece was published in the Paris Review, it was like the most extensive fact-checking process possible,” Zambreno said, noting that she’d written it based less on facts and more through her own interpretation of the photograph.

“It was pretty funny. They were very polite, but it was a very funny fact-checking process,” she added. Though the fact-checking was an innocuous anecdote, it gave students in the audience a window into both Zambreno’s creative writing process and an author’s experience with the publishing industry.

Janae continued to expand this window into the writer’s mind when she followed Zambreno and read a series of thoughtfully-selected poems.

But before she began, Janae recited “Won’t You Celebrate With Me?” by poet Lucille Clifton to “call her into the room with me,” she said.

Once Janae launched into her own pieces, she told the audience, “I’m reading for myself tonight, if you cannot see that.”

In reading for herself, Janae traversed themes of family, race, and self-love. In introducing her poem “White,” Janae explained the process behind the linguistically ambitious poem.

“It only uses ‘i’ vowels,” she said. “Absurd thing to do, to limit yourself to only one vowel in a poem. … And it is after [poet] Evie Shockley who taught this form to me.”

Though she noted that a “proper” version of the poem would only use either long or short “i” vowels and she used both, “White” was a technically impressive and tonally provocative piece that exhibited her sheer skill with words.

Finck’s equally-evident technical prowess took the stage not through stories or poetry, but through cartoons. In introducing her series of cartoons, Finck took a moment to engage in the same deep self-reflection as the writers before her.

“I do [my cartoons] as kind of a diary of bad things that happen to me to try to figure them out and get revenge and vindication and people telling me they agree with me, and it’s nice. It helps me move past the problems and turns me into kind of a monster,” she said, with a laugh.

The cartoons she shared were from her recently released “Excuse Me: Cartoons, Complaints, and Notes to Self,” and Finck read through her first section, “Love and Dating,” in its entirety.

The cartoons dealt with the complications, amusements, and frustrations of dating, though Finck noted, “If I were writing it now it would be very different.”

She expanded on how she’s changed since making the cartoons several years ago, saying, “I was a feminist, but I was more lonely than feminist, and then I suddenly became more feminist than lonely. … I feel so differently now, and I think that the language [of the gender spectrum] has alleviated a lot of the binary rage in me, but this is a time capsule.”

Finck’s admission of her views having changed since writing her piece provided a moment for the writers in the audience to consider how their work may become a time capsule of their own.