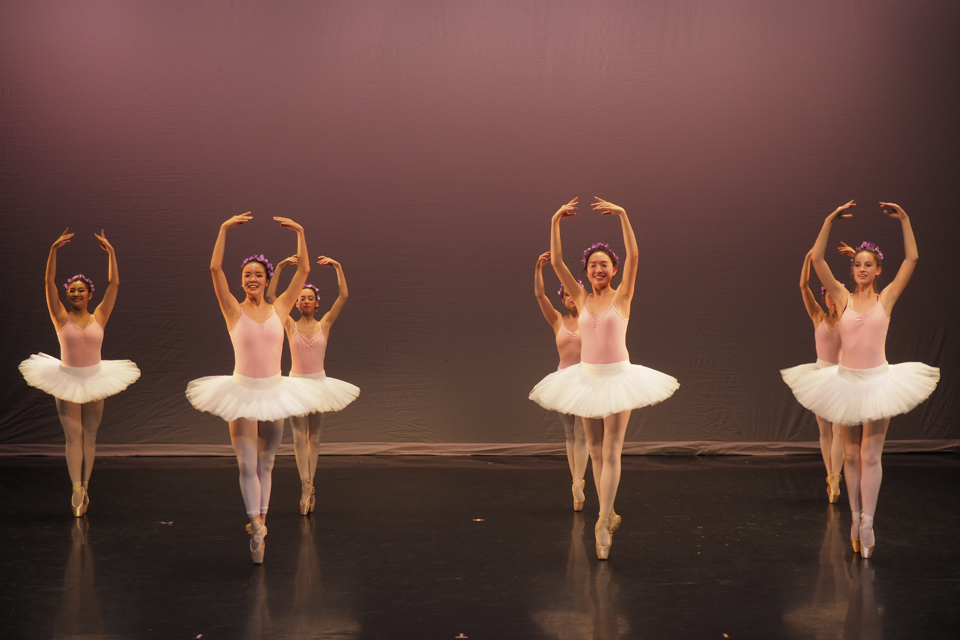 The full-length ballet production featured a large cast of dancers from various backgrounds and levels.

Seyd the King evaluated the three women who were presented to him, before swooping his arm in a grand gesture, fingers pinched to kiss his lips in approval.

Columbia University Ballet Ensemble performed its fall production of “Le Corsaire” on Saturday, Nov. 16 and Sunday, Nov. 17 at the Manhattan Movement and Art Center. The full-length ballet production featured a large cast of dancers from various backgrounds and levels. Spectator attended the Sunday performance, which was remarkable for its comprehensive choreography and an evident enthusiasm in the ensemble.

Founded in 2013, CUBE produces full-length classical ballet productions twice a year which features dancers with a range of ballet experience, from absolute beginners to expert dancers.

“CUBE is unique because every single dancer who auditions is cast in a role that highlights their strengths,” said Artistic Director Kayla Glaser, BC ’20. “We are extremely proud of our inclusive audition process.”

“Le Corsaire” fit all of CUBE’s creative needs. “There were plenty of solo and leading roles, and the music and choreography were beautiful. We knew that this ballet would showcase the dancing talents of our entire cast,” Glaser said.

Based loosely on Lord Byron’s 1814 poem of the same name, “Le Corsaire” was first performed as a ballet in the mid-19th century. Glaser based CUBE’s performance on the 1858 choreography of Marius Petipa.

The ballet tells the love story of Medora and Conrad, a pirate who competes for Medora’s hand with the wealthy King Seyd. Despite the attempts of her father Lankendem and othersto keep the two apart, they find their way back to one another in the end.

The first of three acts takes place at the Bazaar, where Lankendem, played by Ari DeArriz, SEAS ’20, presents a series of women to Seyd, played by Max Walton, GS ’21—an almost caricatured portrayal of power in a long green robe holding an ornamented staff.

Seyd is enthralled by the beautiful and technically-precise dancing of Gulnare, played by Dale Padelford, SPS ’20, until he is presented with Lankendem’s daughter, Medora, played by Christine Blackshaw, SEAS ’21, in the Saturday performance and Tian Griffin, BC ’21, in the Sunday performance. After a majestic solo, Medora captures the heart of Seyd with her grace and beauty. Medora is in love with Conrad, played by Roland Spier, CC ’20, in Acts 1 and 3 and Michael Fass, CC ’21, in Act 2, who commissions his friend Ali, played by Asela Eatenson, BC ’21, to steal Medora from the king for himself.

The second act features a pas de deux between Conrad and Medora, which elevated the level of professionalism and magnificence. The dance includes a number of lifts and jumps, which placed a spotlight on the talents of both dancers. Griffin and Fass had a strong emotional presence in all of their pieces, which helped audience members unfamiliar with the ballet follow the plot as it played out.

Conrad’s fellow pirate Birbanta, Madeline Mariani, CC ’22, grows jealous of the romance with Medora and tricks her friend into taken a sleeping potion. Mariana’s energetic and mischievious performance as Birbanta was delightfully humorous, which helped move the ballet from a series of dances to a dramatic unfolding story.

Medora is returned to Seyd, where she joins Gulnare as his wife. Conrad, Ali, and Birbanta sneak into the palace, reclaiming Medora, who reveals Birbanta’s treason. Conrad kills Birbanta and the rest escape together.

In addition to the numerous solo and small group dances, large ensemble dances provided a space for the rest of the large cast to perform. The most impressive number took place in one of Seyd’s dreams, when he imagines all of the women he has seen in a garden.

The leads and company danced with confidence and meticulous dedication, which allowed the story to progress with an ease that is not always present in choreography-driven performances. It was clear that it took a great deal of care and commitment.

This was particularly true for the two dancers who played Conrad, both of whom had been cast in the role just two weeks before opening night after the original leading male dancer was forced to withdraw due to injury.

“They showed up for many last-minute and late-night rehearsals to learn the role and did phenomenally well,” Glaser said, “They were wonderful to work with and looked fantastic on stage.”

This company’s cohesion and enthusiasm are not always portrayed through ballet, replaced by the exhausting discipline of the art form. In “Le Corsaire,” this was far from the truth. As the company members arranged themselves on stage for the curtain call, their smiles matched the wholeheartedness which had persisted throughout the ballet.

Glaser remarked on the special energy that comes together before a performance.

“Show days are some of the few days that the entire case is present and together in one place,” she said. “It’s really fun to see everyone hanging out with their friends backstage as they are getting ready, taking pictures, and just having a great time together.”