Inspecting Chekhov’s bird through a feminist spyglass: a preview of CUP’s “The Seagull”

Inspecting Chekhov’s bird through a feminist spyglass: a preview of CUP’s “The Seagull” 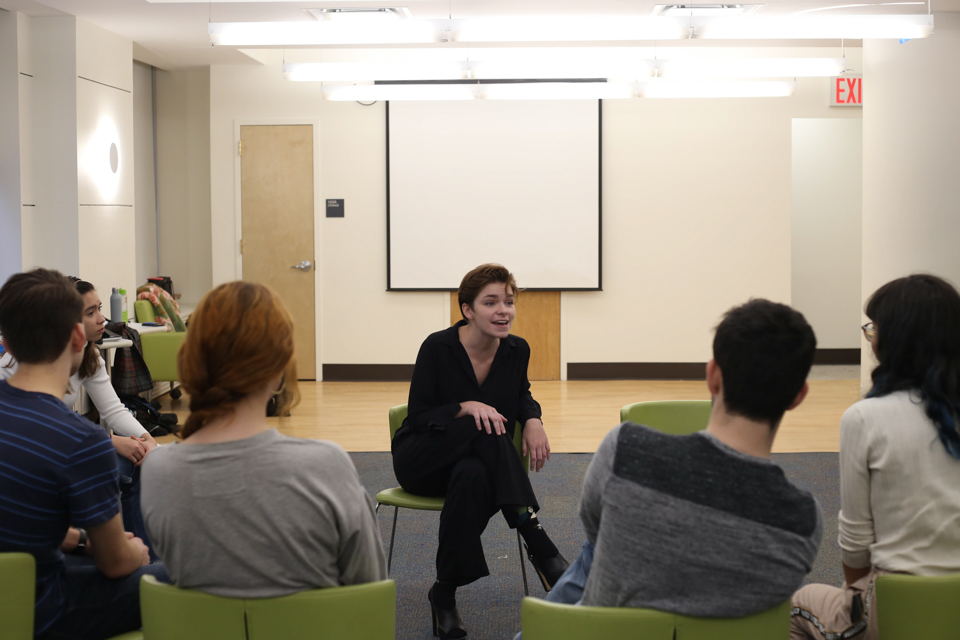 While never the twain shall meet, Chekhov would have been glad to see Pixar’s “Nemo” carrying forward the playwright’s motif on the insatiable and unquenchable hunger for fulfillment.

Or, at least, carrying forward one of the many interpretations on the playwright’s infamous maritime bird.

CU Players’ “The Seagull” will run in Lerner’s Black Box Theater from Thursday, Nov. 21 to Saturday, Nov. 23, with showtimes at 8 p.m. This new adaptation of Chekhov’s play is directed by Isabelle Pierce, CC ’22, and produced by Madeleine Williams, BC ’20, and Sarah Robertson, BC ’20.

First played onstage in 1896 in St. Petersburg, “The Seagull” is about the complicated ups and downs of a Russian social group, with romance, death, money, and plays-within-plays. Now in 2019 on Columbia’s campus—where Chekhov is perhaps most recognized for his occasional inclusion in the Lit Hum syllabus—director Pierce wants to turn the play into a feminist production.

“I am a huge Chekhov nerd,” Pierce said. “Our idea was to turn ‘The Seagull’ into a feminist production, and I don't think it’s a hard thing to do. ... I went into it because at its core ‘The Seagull’ is a play about women, and about the way that women are depicted in art and the way male artists depict women.”

However, while keeping the feminist lens at the heart of the adaptation, Pierce has had to reckon with the ambiguous meanings and symbols in Chekhov’s piece. Pinpointing the main focus of the play is a wild goose chase, and what is that mysterious motif of a dead bird all about, anyway?

“It can't be viewed exclusively as a play about women,” Pierce said. “There are so many different ways to approach the play. If you sat down with everyone on the team and asked them what the play was about, they would all give you a different answer.”

As it turns out, three different members of the cast did provide three unique answers: the reality of an unextraordinary reality, the swiftness of hubris, and the unfruitful pursuit of happiness.

Samantha Seiff, CC ’22, who will be playing mother and wife Polina Andryevna, commented on the play’s ability to present personal and ordinary social bubbles, ignoring the need for the hyperbolic.

"Something that is very interesting about Chekhov plays is that they don't really focus on these massive end-of-the-world, game-changing events on a macroscopic scale. I think they are centered in the lives of the characters,” Seiff said. “... The circumstances might not be extraordinary. I think they are, for [Chekhov's] time, quite normal, and I think it's really human and real to try and figure out these characters."

Abigail Duclos, BC ’23, who will be playing the declining actress Irina Arkadina, leveled with the complex emotions that can be found in “The Seagull,” claiming that while the play is relatively old, it can be brought emotionally close to those who interact with it. In addition, Duclos was fascinated by the way Chekhov plays with unsatiated success and time.

"It is just the quickness of life and how easy it is to fall from greatness,” Duclos said. “... No matter how successful you are, it will never be enough. What do you do then? You might as well not focus on success, and focus on happiness and things that are more human and less animatronic." 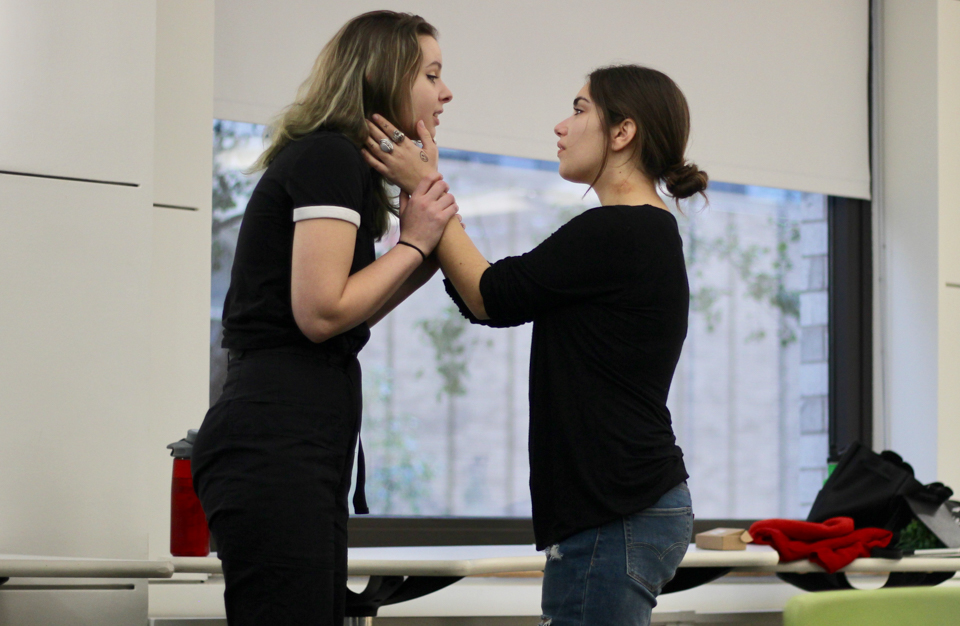 Looking at the play in a different light, Ken Westrick, CC ’20, playing writer Boris Trigorin, spoke of the darkness of each character and how this provides the figures with depth and complexity.

Similar to Duclos, Westrick also commented on the way Chekhov’s characters try to find success, and how quickly that becomes a dead end. Westrick described this as “the unfruitful pursuit of happiness.” 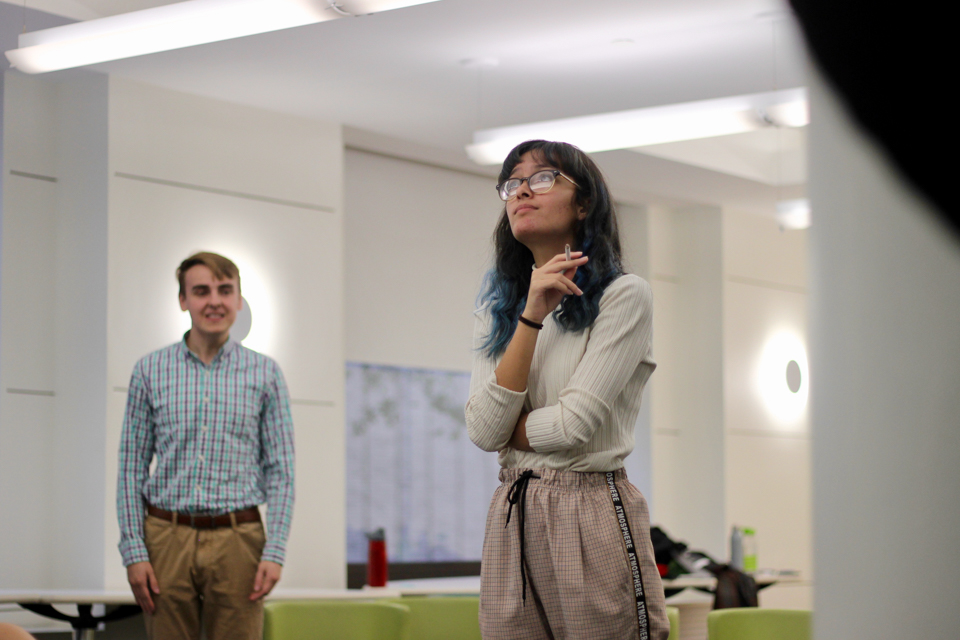 Ellis Shapiro-Barnum
What is the meaning of all of this? An actor ponders life and the satisfaction of success.

The cast’s interpretations of the play will not be the only thing supporting their performance, however—the floor of Lerner Black Box will be holding them up as well. According to Pierce, the set that has been chosen is minimal in garnish. The stage will be in three-quarters and there will be a central platform around and upon which the characters shall perform.

While extrapolating profound meaning seemed to be the main focus of the cast members in their respective creative processes, Chekhov’s play is written as a comedy.

When asked about what she looks forward to seeing from the audience this weekend, Pierce focused on laughter.

"A lot of the moments for me that are interesting are the stuff that starts out funny at the beginning of the play but as it goes on, you realize how dark they are. ... I'm excited for people to see it, and I'm excited to see where they laugh," she said.

Editor’s note: Sarah Robertson is a deputy editor in Spectator’s Arts and Entertainment section. Abby Rooney, one of the production’s assistant directors, is also a deputy editor in the section. Both were uninvolved in the reporting, writing, and editing of this article.