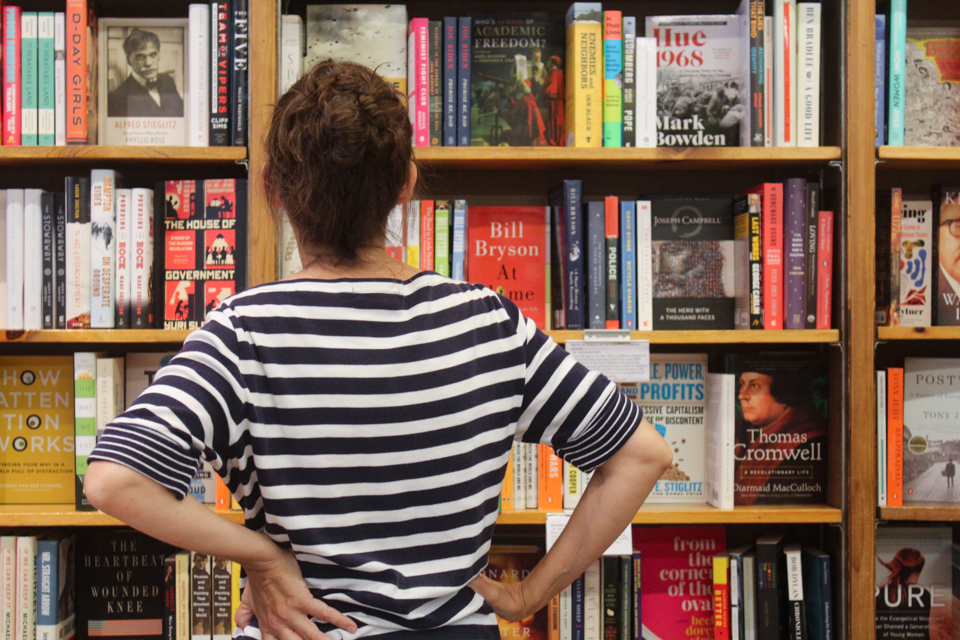 While the local bookseller's location on Columbus is closed, the other three stores remain open.

Book Culture’s location on Columbus Avenue is temporarily closed after it was “seized … unexpectedly, by our landlord,” according to a post on the bookseller’s Facebook page. The other three stores—including the 112th Street and Broadway locations that are frequented by Columbia students—remain open.

In his post, Book Culture owner Chris Doeblin pointed to the store’s financial struggles; he wrote that the store had fallen three and a half months behind on its rent this summer and sought city and state funding starting this August.

This past summer, Doeblin announced that his stores would close unless they received $500,000 in funding. The local chain struggled to pay vendors and stock shelves amid rising rent prices, wage hikes, and the dominance of large corporations that have threatened to push small businesses out of the market. Book Culture began to pursue a community lending program to raise funds; the store has raised over $572,750 out of the $750,000 that the store’s website says it needs as of January 2020.

Amid its financial troubles, the bookseller’s Columbus Avenue landlord, Walker, Malloy & Company, had allowed the store to stay open while management made payments and worked toward long-term viability, according to Doeblin.

“Suddenly, that is no longer the case,” he wrote in the post.

In an email to Book Culture’s mailing list the next day, Doeblin further explained that beginning in August, the local book chain began using the funds raised through the community lending program to pay vendors and Walker Malloy. According to his email, Doeblin “shared our situation transparently with [the landlord], being sure to be clear about the … returning strength of our operation.”

Although Walker Malloy issued a stream of legal notices, Doeblin said he allayed the company when he delivered a check each month. This continued until December, when Book Culture received an eviction notice. Doeblin then “brought 2 checks totalling over $75,000, reducing the arrears by $37,000 to them and was told by the agent that there would be no eviction on Jan. 2 as the summons stated,” according to his email.

Nonetheless, on Jan. 7, Walker Malloy locked the doors on the Columbus location and is now requiring Book Culture to immediately pay the entire amount due, which, according to Doeblin, is a sudden change of tune with dire consequences for all of Book Culture’s locations.

“Without making this payment we will not open again at Columbus and the bankruptcy of that entity could cause all our stores to close which we have been fighting against,” Doeblin wrote in his email.

Doeblin and Walker Malloy were unavailable for comment at the time of publication.

Book Culture has been fighting for financial viability for years. The book hub has clashed with its workers’ union, and employees have said they were denied pay and healthcare benefits. In 2009, when Book Culture expanded into its outlet at 114th Street and Broadway, employees claimed that Doeblin denied workers holiday pay that was stipulated in their contracts. Doeblin said that he interpreted the contract differently.

At the time, Doeblin said that cutting workers’ pay was necessary to keep the small business open and defended himself against accusations of unfairness.

“The only tool I have to stay afloat is to cut payroll,” he said to Spectator, adding that he had given himself a significant pay cut.

Historically, the bookseller’s employees have relied on a union for protection. In 2014, it was reported that Doeblin fired several employees after they voted to unionize and described his business as “always being in opposition to the union.” An employee strike ensued, and sales plunged as some patrons took their business elsewhere. Eventually, Doeblin reinstated some of the workers he fired, and the union dropped a complaint it had filed against him with the National Labor Relations Board.

In both the Facebook post and email, Doeblin noted that Book Culture saw strong holiday sales at all four stores this year and emphasized that the chain has come a long way financially in the past few months.

“It is horrible to imagine all our efforts, and money, will be lost, so close to viability,” he wrote in his email.

When the possibility of Book Culture’s closing came to light this summer, many patrons rallied behind their local bookstore. Paige Moskowitz, BC/JTS ’20, spoke to Spectator about Book Culture’s welcoming atmosphere and specialized knowledge of Columbia and Barnard courses, which separates the local book hub from online booksellers.

“[It’s] the booksellers and the people working there who make it … a place that I really consider a community.”

This is a breaking news story; check back for updates.