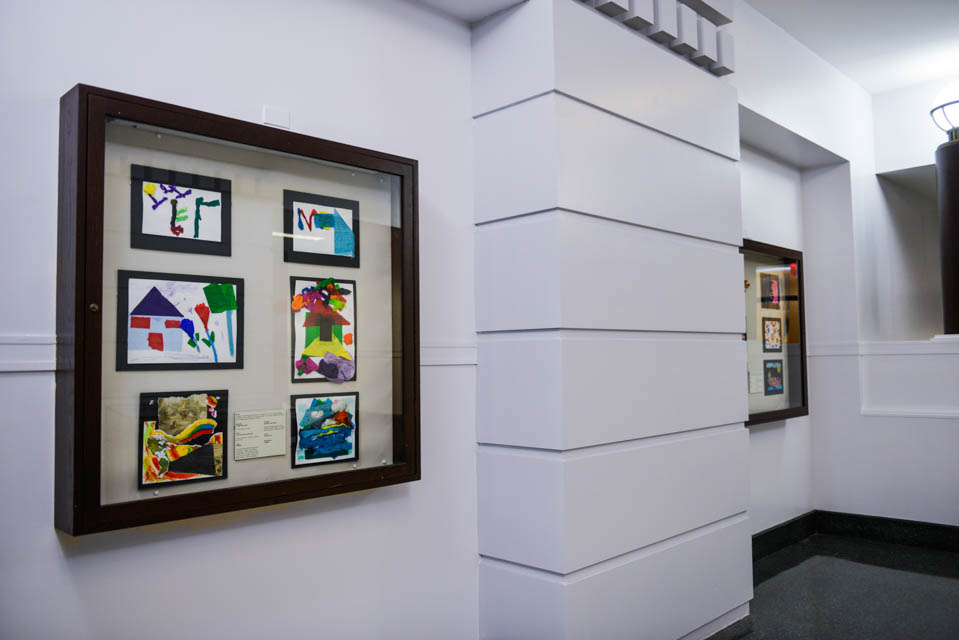 “Stories in Paper” brings the work of incarcerated artists to a campus where their perspectives are often under-discussed.

As students pass between classes in Schermerhorn Hall, its eighth and ninth floors provide an artistic respite from endless bulletin boards overfilled with flyers. Students have the chance to see a number of art pieces created by incarcerated individuals, bringing their rarely-heard voices to Columbia’s campus.

The department of art history and archaeology’s new “Art X Social Justice” initiative collaborated with the Justice-in-Education Initiative to create “Stories in Paper,” an exhibit showcasing the creative output of incarcerated people. The Justice-in-Education Initiative is run by The Center for Justice and The Society of Fellows and Heyman Center for the Humanities. The “Art X Social Justice” initiative is graduate student-run and encourages faculty, staff, and students to explore how art history contributes to social justice struggles. In its first year, the program is focusing on mass incarceration.

To Ruyter, the creative process is an avenue for self-expression that is not often readily available to people within the carceral system.

Ultimately, the goal of the program was simple: “We’re trying to give the opportunity for incarcerated people to have a voice,” Ruyter explained.

Through the exhibit, the voices of the featured artists have been given an elevated platform. However, Dostal explained that this was not necessarily the original intention.

In 2016, an art exhibit at Rio II Gallery called “Through Different Eyes: A Community Impacted,” sponsored by Columbia’s Center for Justice, featured 32 pieces that illustrated the perspectives of artists connected to the criminal justice system. Contributors included formerly incarcerated individuals, relatives of current and former inmates, and a former corrections officer.

Four years later, “Stories in Paper” gives voice directly to incarcerated people. The exhibit’s location is also significant; while “Through Different Eyes” was located relatively far from campus at Riverside Drive and 135th Street, “Stories in Paper” is on students’ doorstep—and that’s no accident.

“The reason we started ‘Art X Social Justice’ from my point of view, very specifically, is starting or encouraging a conversation about mass incarceration in a space where it is not openly and frequently talked about,” Dostal said.

The pieces originated in art workshops led by Betancur at a local prison, where Dostal and Ruyter volunteered. They described the experience as not only transformative for those participating but for themselves as well, connecting them with the importance of art as a creative process, rather than just a final product.

Organizing the workshops wasn’t a simple task. Because of the extremely limited supplies within these facilities, the leaders of the initiative had to get creative. Their solution: paper.

“A lot of people feel like art is very intimidating, and they can’t do it. There’s so many ways it’s inaccessible to them, and so one thing that [Betancur] really likes to do is use materials that everybody has available to them so that they can see that it’s not just for other people—everybody has paper, so they can make art out of paper,” Ruyter said.

Discussions surrounding incarceration have arisen periodically on campus. In 2017, Leyla Martinez, GS ’18, founded the Beyond the Box Initiative, which advocates for removing the “box,” the question on college and job applications that asks candidates if they have ever been convicted of a crime.

While discussions about incarceration often unfold in theoretical terms, the exhibit aims to humanize incarcerated people as creative individuals. For example, the Center for Justice’s program, The Confined Arts, is a platform for sharing the art of those involved with the justice system. But Ruyter saw Dostal’s comments on the art history world as applicable to all disciplines.

“I think that being aware of these issues is part of being good citizens, and the liberal arts education, that’s one thing that it can do: ... educate citizens,” Ruyter said. “If you don’t pay attention to this issue seriously, then you’re failing in that endeavor to educate citizens.”