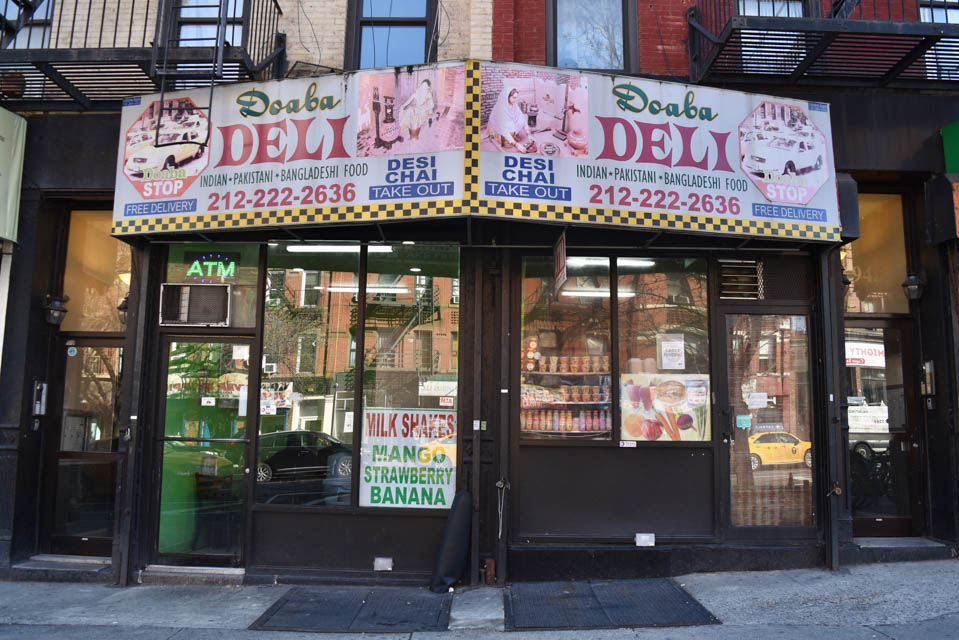 Yet, as in much of New York, there are many eateries just a few blocks from campus that most students have never visited. Featuring everything from an Indian spot with only three tables to a modern Caribbean restaurant popular among locals, the Morningside Heights area hosts many hidden restaurants that offer food rarely found elsewhere in Manhattan. Although many people point to Queens and downtown Manhattan for the best food options, the Upper West Side has its share of small, tucked-away restaurants that capture the soul of their founders’ home countries.

Spectator’s new series “Hidden Restaurants” aims to shine a spotlight on these undiscovered gems and encourage students to take advantage of the robust food scene in the Morningside Heights area.

“I think one of the great benefits of going to school in New York and living in New York generally is the diversity of different cultures you can experience either through food or through events,” Avi Gupta, SEAS ’23, said. “And especially for college students, it’s important to be able to find affordable restaurants and food generally. That’s also a good way to experience different cultures.”

Doaba Deli, a tiny vegetarian Indian restaurant located at 945 Columbus Ave. between 106th and 107th streets, offers diners a taste of Punjabi cuisine at some of the cheapest prices in the area.

“It’s a very hole-in-the-wall feel,” Gupta said. “It’s nice to be able to go into the restaurant [and] get an authentic experience at an affordable price.”

Doaba Deli, which opened over a decade ago, is owned by Ram Kishan, who runs the small eatery alongside his wife Balvir Kaur and son Raj Kishan. The family comes from a region of Punjab in Northern India called Doaba, which translates to “land of two rivers.”

“I think it’s the mom and pop cooking style of the place. This is just a family that makes food that they know and they do it well,” Sam Levine, CC ’23, said.

The Indian food scene around Columbia has been growing over the past few years, but only a handful of restaurants near campus serve vegetarian Indian fare, such as Ayurveda Cafe on 706 Amsterdam Ave.

Doaba Deli’s interior design is very minimal, with only three tables in a cramped dining room and a small counter with a hot food bar. The cluttered counter area displays pictures of Indian sites like the Golden Temple of Amritsar as well as an assortment of convenience store goods from batteries to cold medicines. Above the counter is the restaurant’s menu, which has not changed since its opening with the exception of a few prices which have been crossed out and rewritten in pen. The green-walled dining room also features photographs of Indian sites as well as a large, abstract Pollock-style painting.

“Honestly, of course, the ambiance really isn’t anything special, there’s a counter and there’s tables,” Levine said. “But the service is top-tier. The owner has been there a long time. They’re super friendly. They always throw a chai [tea] in with my meal, pickled mango or something.”

Doaba Deli is often frequented by small families, professionals in the area, and cabbies, many of whom are regulars and share a similar heritage to the owners.

Punjabi cuisine is heavily influenced by farming, using methods dating all the way back to the Harappan civilization. Most dishes feature rich, buttery sauces and grains like basmati rice and flatbreads like roti and paratha. Ingredients such as paneer cheese, lentils, mustard greens, and eggplant feature in many Punjabi dishes.

Gupta, whose father and mother come from the North Indian states of Haryana and Uttar Pradesh respectively, noted how Doaba Deli’s atmosphere and vegetarian cooking remind him of home.

“I think leaving home, you definitely have a tendency to miss the things you ate at home, to miss the things that remind you of your family, and it’s nice to have a place nearby that can provide quality food from a background that I share,” Gupta said.

The menu also includes a diverse selection of breads such as classic Indian naan prepared in a tandoor oven, roti, a mildly leavened bread called kulcha, and a crepe-like bread called paratha. Bread is often served alongside raita, an Indian yogurt sauce. The restaurant’s drinks are quite popular, and favorites include mango lassi, which is a cooling yogurt-based drink, and masala tea.

Regulars know to order the eatery’s special combination platter with the choice of rice or roti, vegetable salad, and four dishes from the hot food bar for $8. Dishes like the dal makhani, palak paneer, and potato eggplant curry are also very popular among locals.

Much like an Indian grocery, the local food spot sells a selection of Indian snacks, including dried fruit, sev (crunchy noodles), and small pastries.

Although the Morningside Heights area is not typically known for its Indian fare, a 10-minute walk from campus to Doaba Deli may change that.

“I always think, being in New York especially, it’s good to go off the beaten path because maybe you’ll be disappointed sometimes, but for every time you’re disappointed, I’m sure there are plenty of gems too, and this is one of them,” Levine said.