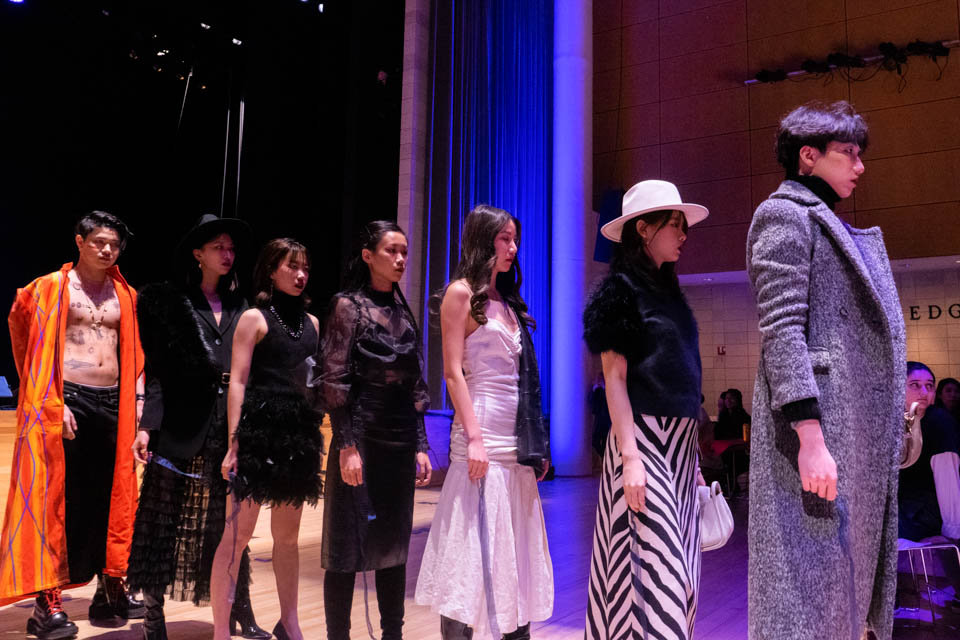 This year's theme, “Unlabel,” prompted the Columbia community to reflect on Chinese and Asian American inclusion, especially in light of stereotypes attached to the coronavirus outbreak.

Hundreds of students flocked to their seats in Roone Arledge Auditorium, their arms full of complimentary sweets and bottled green tea. Tables were covered with signature red tablecloths, boba drinks, and take-out box lanterns; the atmosphere buzzed with lively conversations as the house lights dimmed to blue.

On Feb. 23, the Chinese Students Club hosted its annual Lunar Gala, an event that showcases the creativity of student-artists, with a particular emphasis on those of Chinese and Asian descent. Led by organizational committee members Ryan Hou, CC ’22; Sunita Hu, CC ’22; and Zerui Tian, CC ’22, the event featured a fashion show and student performances, while audience members indulged in Chinese snacks such as Genki Forest sodas, Pepero snacks, Yakult, and dinner from Taiwan Bear House and Vanessa’s Dumpling House.

“The coronavirus is another label tied onto the Asian American community,” Siqi Qin, BC ’23, one of the fashion show heads, said. “This is a great time for us to have this Lunar Gala—for us to show the diversity we can have.”

This year’s fashion show consisted of three scenes showcasing featured designers’ work, modeled by Columbia students. Each scene was directed by one of the fashion show heads, all of whom were recruited specifically for the event. Alongside Qin, Lauren Lee, BC ’23, and Hanyun Zhang, BC ’23, directed scenes.

During each scene, models took their places on the stage, using moments of stylized movement to display their garments before making their way down the runway.

The first scene, led by Qin, focused on the “pursuit of truth” amid the current atmosphere of “fake news” and ignorance. Each of her models wore a thin piece of sheer black fabric over their eyes. According to Qin, these blindfolds represented stereotypes, our “filters when trying to see this world.” The blindfolds were ceremonially untied at the end of the scene.

Vera Wang, one of the featured designers and founders of online clothing curator Verafied, noted the uniqueness of Lunar Gala as an event that highlights the work of Chinese and Asian-American designers to promote inclusion within the industry and beyond.

“[Lunar Gala] helps the rest of the world learn about our culture and care more about it. I think the more you learn, the more the whole community will blend in together,” Wang said.

Featured designer Zikun Zhu, a junior at Pratt Institute, also praised this opportunity for Chinese and Asian-American artists and performers to come together. However, Zhu noted that academic opportunities for students interested in fashion might also be appealing, especially considering Columbia’s location in New York.

“I think [it might be] possible for Columbia University, in the future, to open up a fashion program which I think will be truly beneficial both in terms of location and the quality of education,” Zhu said.

Zhu emphasized his sustainability efforts in creating the “Nomad” fashion collection he presented at the event, especially in light of the growing crisis of climate change and fast fashion. 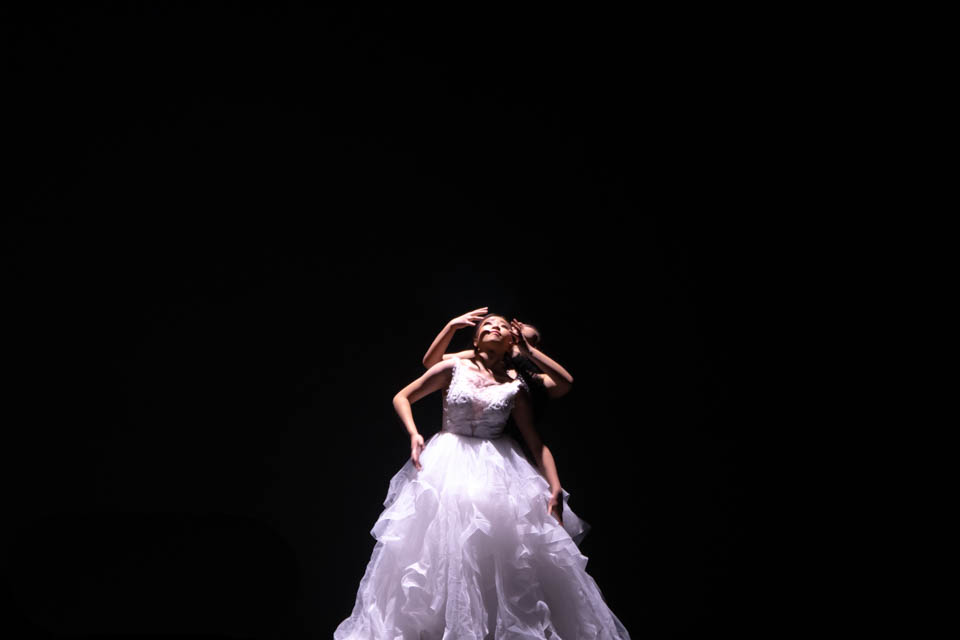 The second scene, directed by Zhang, was “about [listening], respect, and love.” Much of her inspiration was derived from the event’s theme, focusing on not limiting oneself to a sole characterization. “You can belong to one, or many,” according to Zhang. The scene’s final look—a voluminous, lacy wedding dress—produced awed reactions from audience members.

Lee, in the third and final scene, sought inspiration from her motto, “Live life in color.” Most of the models’ garments were vibrant and eye-catching. She hoped to “convey culture through a colorful lens” to exude empathy and kindness, thereby building cross-cultural understanding. The scene included looks ranging from streetwear to athleisure to formal attire, some of which drew inspiration from traditional Chinese clothing.

“This event is trying to show the diversity, creativity, and beauty of the Asian community, which is a very important part of American culture because we all know that the United States is a mixing pot,” Qin said. “This is our opportunity to say something for ourselves, to make a voice in this westernized world and do something on our own.”