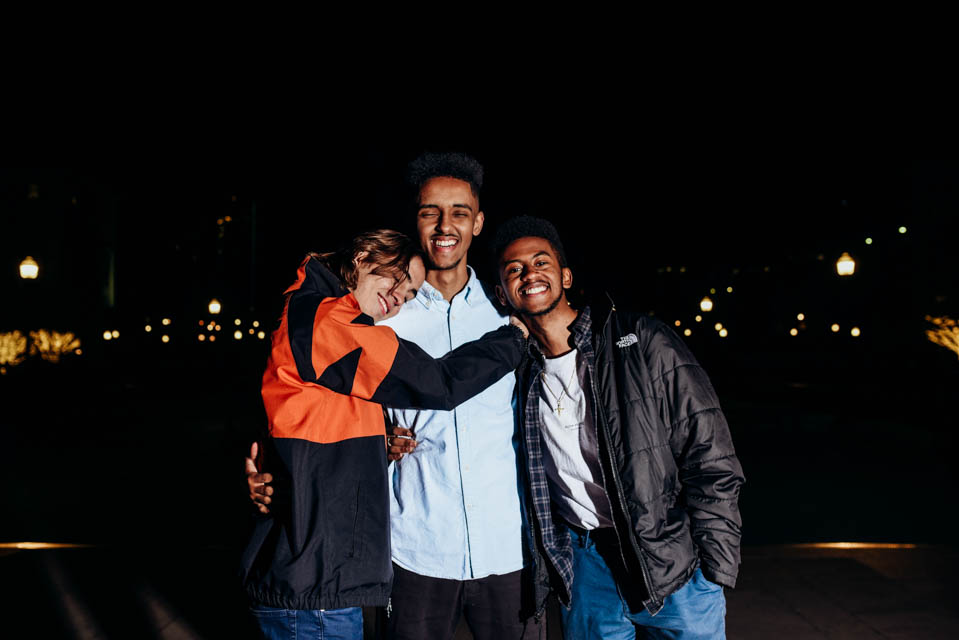 Chase B. Guerin / Courtesy of Grubify

Grubify is a new food delivery service platform that allows students to order food from campus dining halls and have it delivered right to their doors.

Developed by Kidus Zelalem, SEAS ’23, Amir Mustefa, CC ’23, and Noah Velazquez, CC ’23, the new app allows students to order from any open dining hall from frequently updated menus, as well as sign up to be food deliverers. As of March 3, Grubify has received official approval from Columbia Dining to launch its 200-student beta program, which offers users most of Grubify’s features while allowing for data collection for future improvement.

Grubify’s development began last semester when the founders noticed that many students found eating at dining halls a struggle; the founders noted how students who were sick, injured, anxious, or busy often missed meals. In an attempt to address these student concerns while also building an integrated sense of community on campus, the three first-year students set out to build an app to mitigate these issues.

“It’s important that we extend the reach of these dining programs beyond just the doors of these dining halls, because I think community extends beyond sitting at a table and eating,” Zelalem said. “It’s not really just about food. It’s not really just about offering convenience. It’s about building something that people care about, that helps their lives and helps them do what they need to do.”

According to Grubify’s founders, their service is inclusive of all students, especially those who find traveling to or eating at dining halls challenging.

“The foundational ethos that drives all of Grubify’s activity is for students, by students, and ultimately I think that's the core of everything we do,” said Zelalem, Grubify’s chief financial officer and chief growth officer.

The app hopes to provide the University with metrics about popular meal items, wasted meal items, peak hours, and student criticism of the dining system, and hopes to one day expand this venture onto other schools. Additionally, Grubify has proposed using unused meal swipes to donate food to New York food pantries as well as other charitable organizations.

“Through the nature of the metrics we'll be giving to institutions, I think we will be able to inform students and universities alike about issues such as food waste, food management, while also touching on the culture of donating and volunteering very directly,” said Velazquez, Grubify’s chief operating officer.

According to Mustefa, Grubify’s chief technology officer, students first download the Grubify app and input simple information like their UNIs and room numbers. The app’s homepage features popular trending meals and an updated menu based on crowdsourced information. Students can then customize their orders and have orders delivered to their dorms or to other on-campus locations. Once an order has been confirmed, the delivery fee is calculated based on factors like traffic within dining halls, the distance between the student and the dining hall, and general traffic on the app.

Grubify, which is an independent business venture, was recently accepted into Columbia’s Almaworks Startup Accelerator, an intensive program that helps startups achieve significant and sustainable growth. Almaworks Director of Strategy Ki Cooley-Winters noted that Grubify was accepted into the spring cohort due to the founders’ drive to solve many student concerns while integrating Grubify into the Columbia community.

“Starting a company is a really hard thing, and there’s a lot of setbacks. What we saw was that they already ran into a few roadblocks, but they pivoted really quickly and figured out how to find ways around those,” Cooley-Winters said. “We see them as really well-positioned to work on this dining problem.”

According to beta user Abubakar Mohammed, CC ’23, unlike other delivery services, Grubify will use current Columbia students who already know the intricacies of campus buildings as deliverers. Students who want to deliver food for Grubify put in their UNIs on the app and can start delivering without any background checks or interviews.

“The app is optimized so that orders are routed to the most convenient deliverer because of the ecosystem we’re in and our knowledge of the campus,” said Velazquez.

Grubify will accept payments through platforms like Apple Pay, along with a new Grubify Cash system through which payment can be sent back and forth like on Venmo. Zelalem noted that for approximately every two deliveries students run, they receive one free delivery for themselves.

The developers have also been in contact with Chartwells Higher Education Dining Services, Barnard’s food service provider, to increase student awareness of sustainable dining and to try to get takeout containers in Hewitt Food Hall.